Again With The Flea Market! Can't Help It...I've Been Watching A Lot Of Market Warriors, Flea Mkt Flip And Antiques Roadshow Lately. And It Was An Absolutely Magnificent Sunday Morning. Status: Wentzville Delivers! 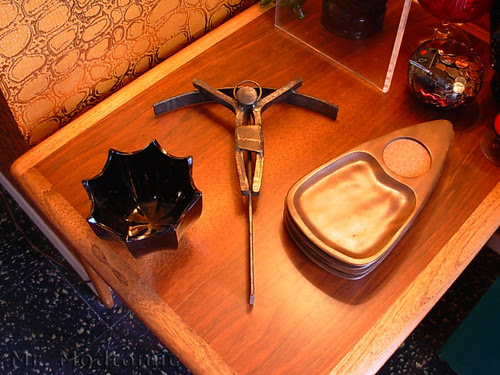 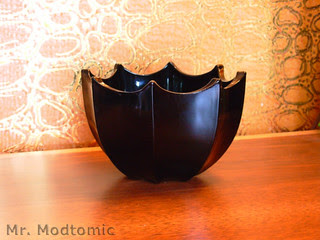 were or that they were worth about a grand each.  I didn't strike while that iron was hot...and I learned

a valuable lesson that day.  Two actually; strike while the iron is hot and get to Wentzville early!  The

bowl above, not worth a grand but still pretty cool.  I've got another just like it.  It's glass and if you

shine a bright enough light behind it, you can see through it. 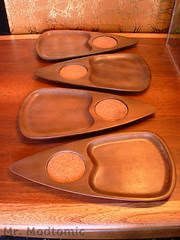 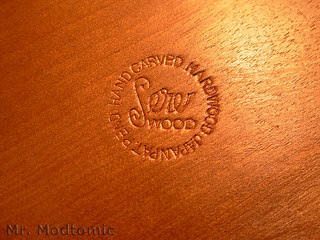 6am.  It never works out.  I'm always up too late!  I'm just not a morning person.  Maybe next time I'll

push through the pain and actually get out there super early and see what happens.  It only happens

my breath.  I guess if I get out there early enough and get done quick I can get back here and take a

nice long nap on the couch.  These tidbit snack tray coasters were a nice find.  I've got another set of

these shaped like fish for the bar.  These will be offered up at the shop pretty soon. 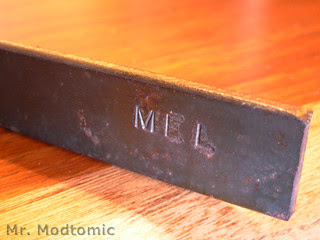 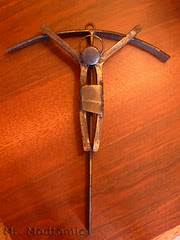 THIS was THE find.  This is exactly what keeps people like me coming back to the flea markets.

This is a Brother Mel Meyer (or more often Brother Mel) brushed steel crucifix.  I found it in vendors

booth and was going to pick it up anyway (for just a couple of bucks!) simply because it's a great

piece of modern art.  I had another modern crucifix in the booth a while back and it did not last long.

This one is not only a great piece but it's a Signed piece, by a nationally renown sculptural and fine

artist.  It's a storybook ending to a weekend of beautiful blue skies and mild temperatures!
Posted by Mr. Modtomic at 11:34 PM