Sorry I Failed To Post Saturday. I've Just Had A Very Busy Weekend. Today We Took A Trip To The Wentzville Flea And Picked Up Some Vintage Brass. Status: Wiped Out! 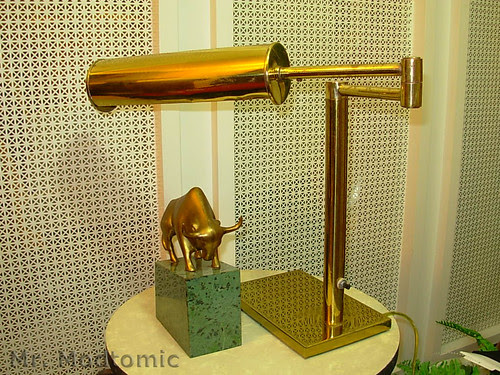 Whew...this has been a long tough weekend!  I made it a point to spend some real quality time at The Green Shag Market and give my booth there some much needed love and attention.  Alas, we also had an invitation to have home made pulled pork and peach pie at a friend's with whom we haven't had much opportunity to spend time with. 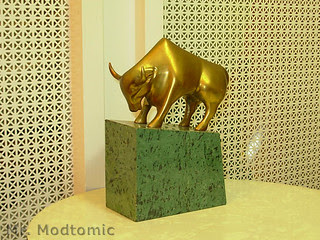 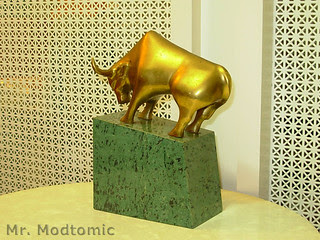 TOP OF Frank the Focus wagon, unloading said dining suite, pulling a few dusty items out of the

booth and loading in the Declaration set...then rushing home to get cleaned up and back down to the

South Side for Good Food, Good Drink and Good Friends.  We got home so late and I was so tired

(ie: drunk - good chardonnay) that there just wasn't any way I was going to post. 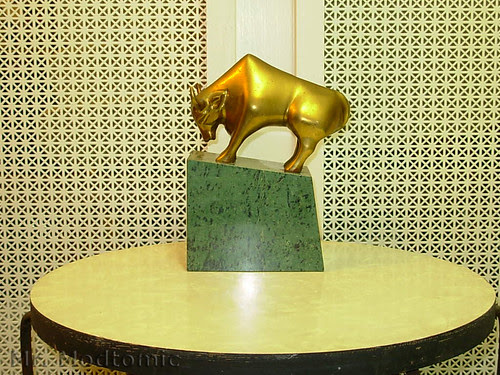 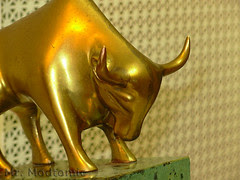 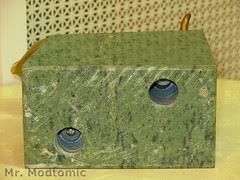 Wentzville and I had made plans with the seller to pick it up around noon.  So, of course we HAD to

go to the flea!  While there we did manage to find a couple of good items even though we didn't get

there particularly early...remember?  Drunk...good wine?  That and only six hours of much needed

recovery sleep meant an early morning at the flea market was Not a priority. 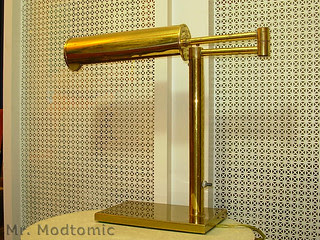 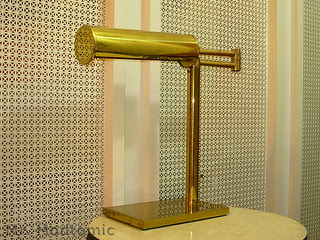 So what kind of stuff did I find this late morning at the Wentzville flea?  Why I found this neato

Nessen brass desk lamp and a sharp brass bull statue on a piece of polished green marble.  Of course

photograph this evening.  I don't have the necessary bulb to test the desk lamp but I'm sure it's OK.  I

don't think I've ever bought a vintage lamp that didn't work.  The bull, it's a single from a set of

bookends the other of which would be a bear.  Bull / bear, get it...Wallstreet? 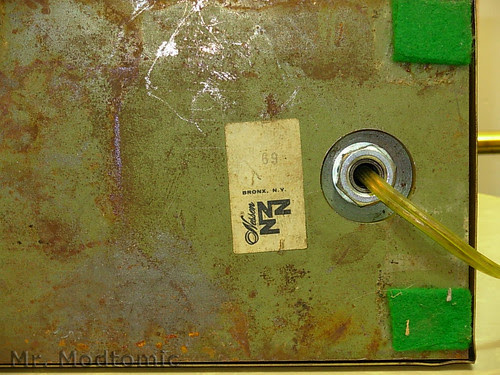 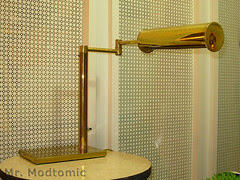 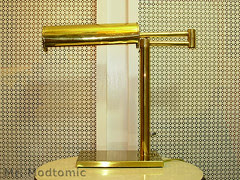 So then today I had to drop the table at the shop that we got from the craigslist seller.  While there I

contacted a buyer for a Danish style dresser that was in the shop.  They dropped by and addopted that

so I needed to move it out from behind a bunch of other heavy stuff so they could pick it up later.

Saturday and four of my six Broyhill Brasilia dining chairs to take where?  The Green Shag Market.