Today We Say Goodbye To What Has Become An Old Friend Here At Mr. Modtomic. You've Seen It In Hundreds Of Photos But It's Time For A Change. Status: Before And After...Bye Bye Brasilia. 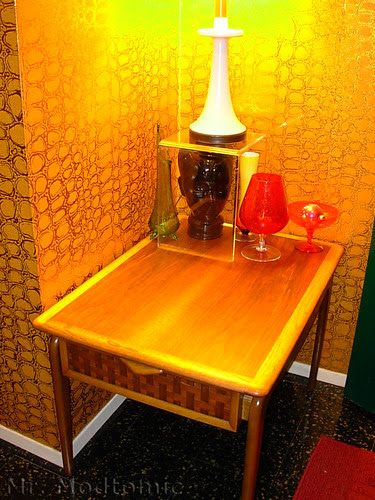 A buddy of mine and the guy who handles my Brasilia refinishing (Dan) has been bugging me all week wanting to get the Broyhill Brasilia side table that I have in our foyer.  Turns out he recently picked up a two piece sectional sofa and has discovered that MY table would fit perfectly between the two pieces!  After seeing the pics he sent me I had to agree. 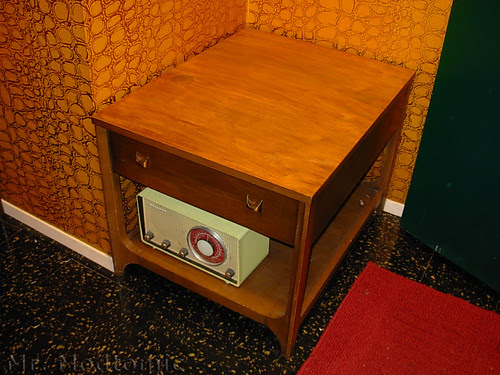 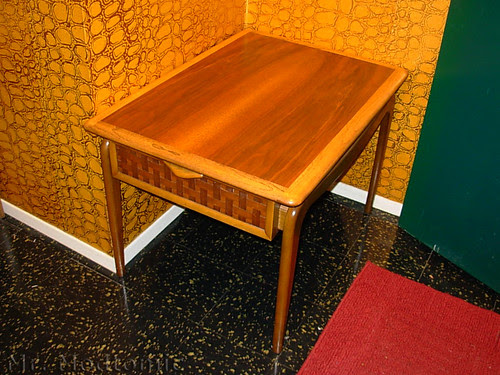 My first reaction was "no way!".  That Broyhill Brasilia end table with drawer (top) is seriously rare.

I've only seen one other...and I had it.  I sold it years ago.  A nice lady from North Carolina had a friend

who was driving back from California stop by and purchase it for her.  It was in much nicer condition

that the one I kept for my own.  The fact that one does not run across this particular piece of Brasilia

every day and the fact that...well, I'd need something to replace it with made it real hard to let go of.  But

then another buddy of mine, Jeff, dropped a pair of Lane Perception tables on craigslist the night before

last.  Luckily he included measurements, and one of the pair (bottom) fit the space like a glove! 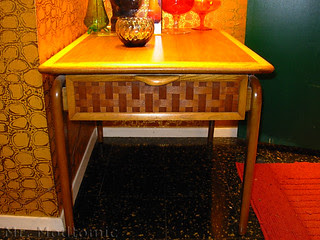 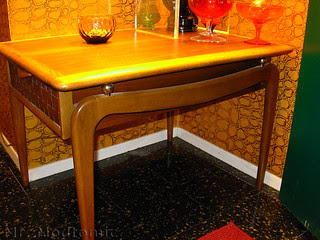 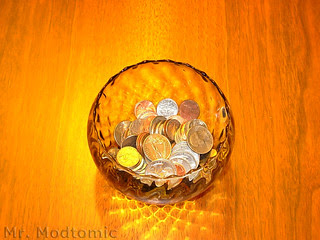 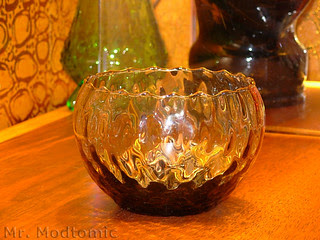 I say "luckily" but I mean lucky for Dan!  Now he gets to take a weekend and properly refinish the

Brasilia table.  It's only right that he should have this table.  He has so much more of an appreciation

for it than I would or have ever had.  So away it goes to make room for this lovely Lane Perception

end table with drawer designed by Warren C. Church.  Other than the loss of the bottom shelf, which

has it's pluses as well as it's minuses, the new table is a nearly direct replacement for the old.  Upon

little art glass bowl that I picked up today.  Yeah, I took a half day off and dropped by a couple of

thrifts before picking up the Lane tables (yes, there is another yet to see!). 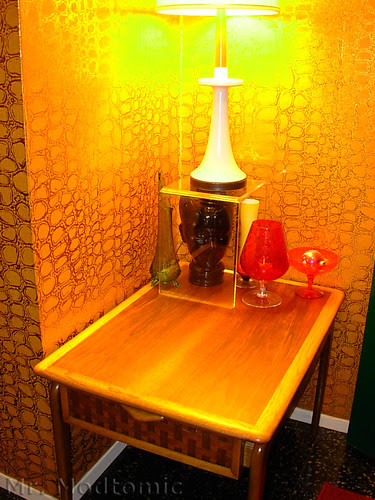 so much of that you won't even notice it anymore!  I'm sure that I'll get to shoot some photos of the

Brasilia table after Dan works his magic on it so we'll get to see it again.  It's just nice to have a table

in this area that I use for shoots so much that has no finish issues at all.  Win / Win for everybody.
Posted by Mr. Modtomic at 3:03 AM