Guess Who's Sooo In Love With The Kai Kristiansen "Z" Chairs? The Ham. This, Of Course Has Nothing To Do With The Latest Thrift Scores...But He's Just So Cute! Status: Happy Cat. 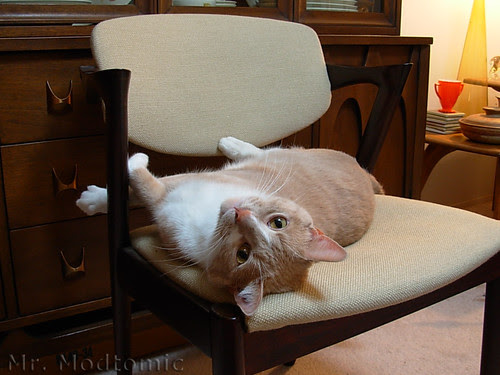 He just made himself at home when I was getting ready to shoot pics.  How could I resist?  King Larry (McDuff) was all, "Look at me! Look how cute I'm being!"  Fine.  But then I had to get down to business.  I put some flicker bulbs in the Sputnik.  Wanna check it out? 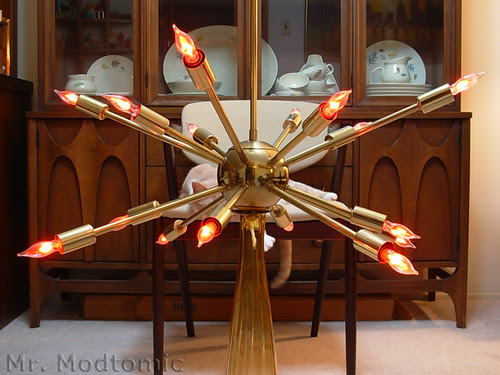 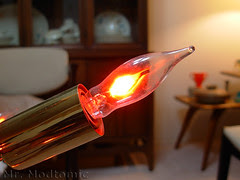 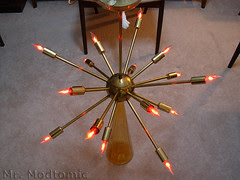 Looks like 16 little blow torches, don't it?  What I wish you could see is that the "flames" actually

flicker!  The bulbs are only a single watt each so these won't work for anything more than just display.

That's OK cuz I'm thinking about putting it up right above my computer here at the kitchen table. 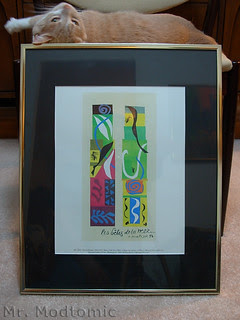 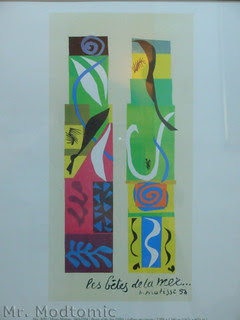 Boy, wouldn't it be wonderful to find a REAL Matisse at the thrift?  Well, this one would be like 10ft.

by 5ft. so it's probably a print (I'm kidding...of course it's a print!).  It's nicely matted and framed and

will go to the booth or the shop soon, which ever has room.  Look at that silly cat. 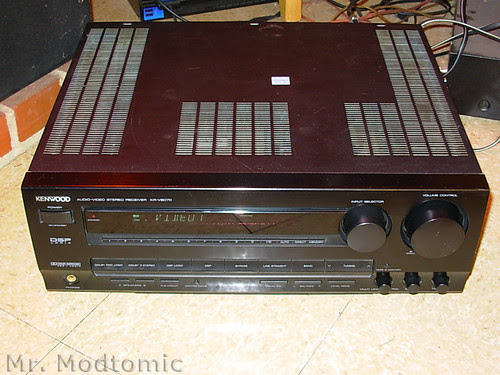 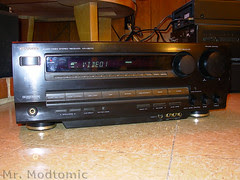 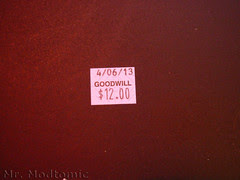 Yup, I know...this has so little to do with Modtometry but what a stinking bargain!  This is a 800 watt

7.1 surround sound A/V receiver by Kenwood.  It sounds great and has tons of inputs and outputs on

the back and totally works!  All for just $12.  These still sell for 10 times that on eBay.  It's replacing 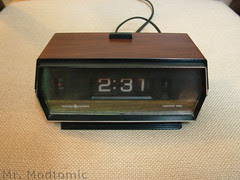 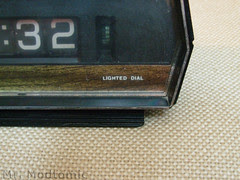 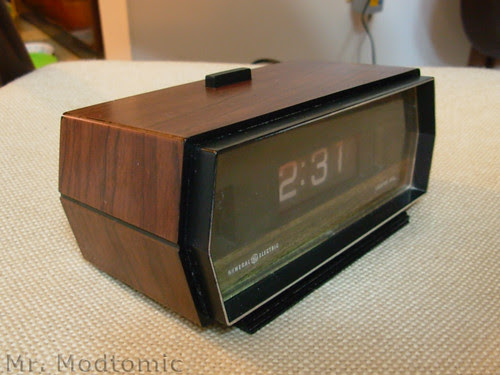 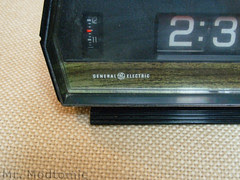 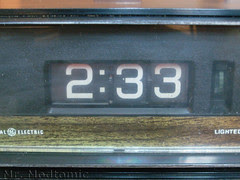 And I found a cool "flip" clock.  Except this one isn't a flip clock.  It's more of a rotary clock.  The

numbers on barrels inside there.  I set it against my phone's clock and it kept right up with it so it's

accurate.  The light inside even works as does the alarm.  It was active when I first plugged it in...much