Vintage Modern + Wood + Plated Steel, A Recipe For Awesome! Status: New (to me) And Been Around (here...for a while). 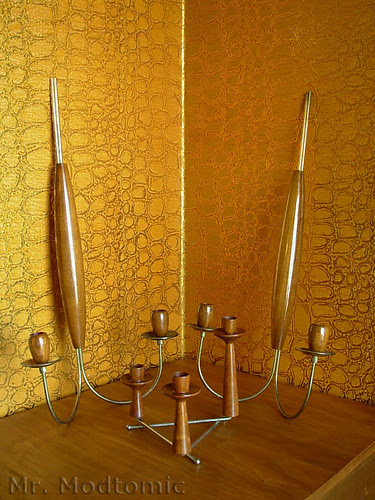 While not necessarily a match, these candle holders do make a nice set.  I just acquired the wall sconce style hanging candle holders but I've had the table holder for ages.  Not a bad combo, dontcha think? 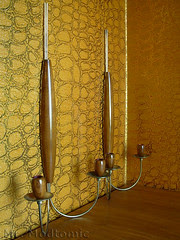 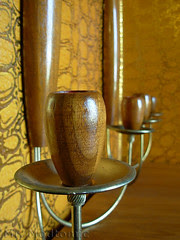 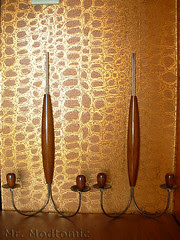 This set of sconces were at the estate sale last weekend.  They were on the first floor and were

overlooked by Everybody (including me) for at least the first hour of the sale.  I had gone

through the entire basement (Twice!) as well as the entire first floor before I noticed that they

were still hanging on the wall where I had seen them in the pics advertising the sale.  They

were one of the items I was hoping to score at the sale!  I have to wonder if they were priced

above what the other buyers thought they were worth or if they just "missed" them.  Well, no

matter.  I was just happy they were still hanging there with a price tag when I spotted them. 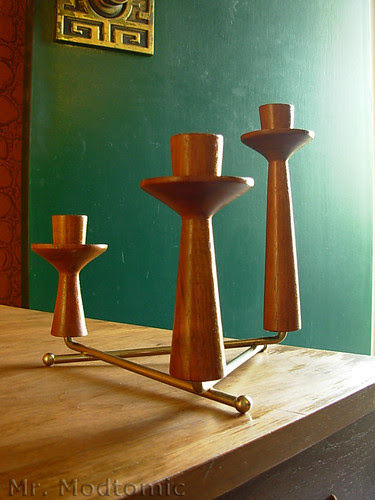 This I've had for a LONG time.  I know I found it at a Value Village by the price that was

scrawled on it in wax pencil.  It was so stupid cheap.  But it was covered in wax.  I used a

hair dryer and some paper towels to melt and "sop up" it up. 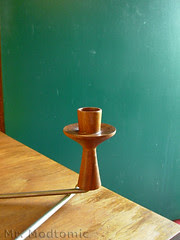 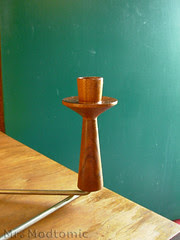 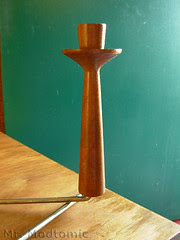 patience!) for it.  The hair dryer melted the wax quick and I just soaked it up with a paper

it's gonna have wax on it!  Plus, I rubbed it down with Feed-N-Wax afterword...which is...

More Wax!  Turned out looking pretty good.  And they all make a nice set don't you think?

Gotta figure out if I'm gonna hang those sconces and if so, where.
Posted by Mr. Modtomic at 3:03 AM