This Little (Little?) Jewel Popped Up On C-List Night Before Last. Picked It Up On The Way Home From Work. Status: Brutally Fake. 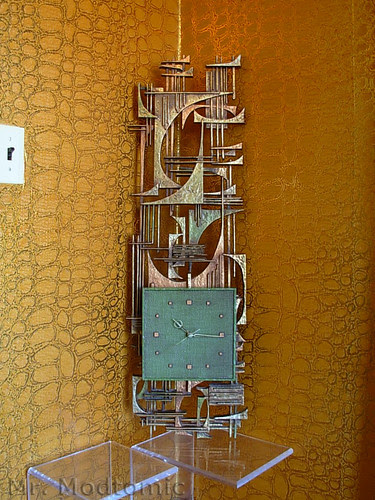 Brutally fake?  Huh?  What's that all about then?  Well, when I spotted this clock on C-list the other night I was fooled.  I gawked at the pics did a double take at the price and shot off an e-mail.  I over offered since I was asking the seller to meet me after 10pm.  But I didn't really read the ad until I had already sent the e-mail. 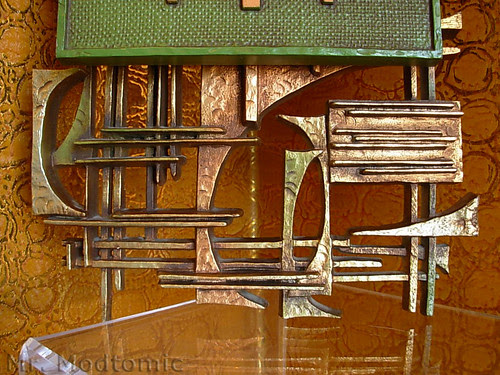 What I failed to notice in the ad was that this clock isn't made of metal, but is made of resin

plastic.  You know how craigslist pics get "dumbed down" and aren't quite as crisp and clear as

they could be.  Then there is the fact that everybody is just using their iPhone to take the pics

and that almost always sucks.  But it all ads up to: read the text!  No big deal...I still wanted it!

I just felt a little silly thinking I had just sunk a hole in one. 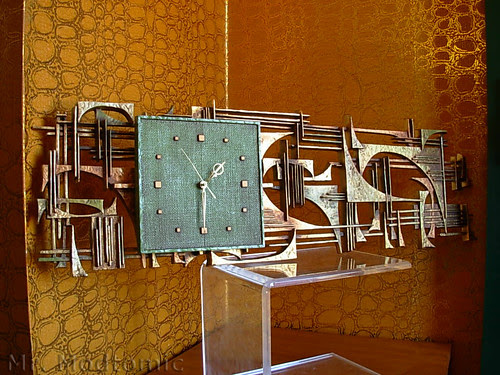 was located just exactly on my way home!  To make things simpler and just as a good way to

be safe, we decided to meet at a public place just off the highway I take home.  The transaction

took less time than it takes to fill up with gas and I was back on the highway home.  This is how

it goes sometimes.  Quick and easy, but I find that most times people (both buyers and sellers) 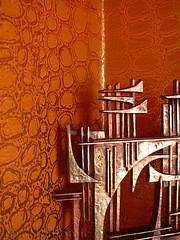 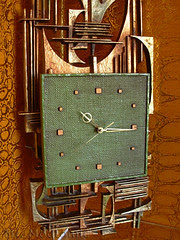 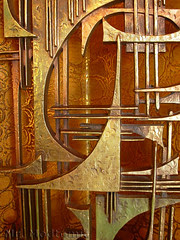 But it was cold and windy...and late, I'm sure, by the sellers standards.  So we just exchanged

goods for cash and both jumped back in our cars and headed home.  But I did fail twice.  I

didn't give the clock a proper once over before handing over the cash.  Again, it wouldn't have

made a difference.  I was taking it home...and for what I offered.  But if you'll look close at the

first picture above, you'll see that there is some minor damage to two of the ends at that corner.

Not even hardly enough to notice even when pointed out. 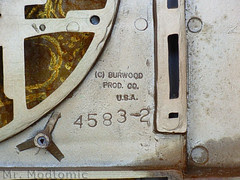 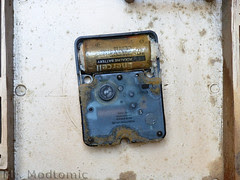 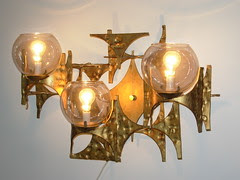 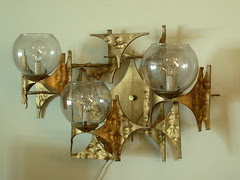 You might remember this light sconce I picked up off criagslist about a year and a half ago. When

fixture. It's not but they obviously go together and as long as they aren't stuck on the wall next to

each other (that would be just...well...weird) the family resemblance will serve me well! Score?

I'll say!  Oh, and how about that battery compartment.  Yikes.  Got stuff growing in there!
Posted by Mr. Modtomic at 12:59 AM