I Wish I Could Schedule My "Thrift Score" Postings Like Most Everybody Else. It's Just Too Hard With Daily Posting. Status: Thrift Share Anyday! 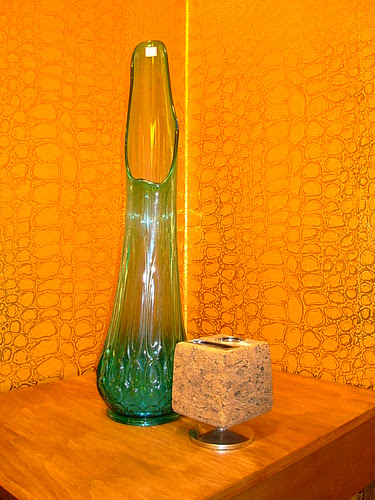 We were out doin' a little light car shoppin' this afternoon but STILL managed to do tiny bit of thrift shopping. I got a cool cork pen (and postit note?) holder plus another cheap swung glass vase (that's 3 so it's an official collection!). 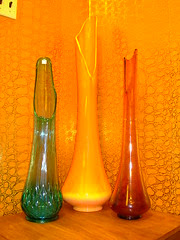 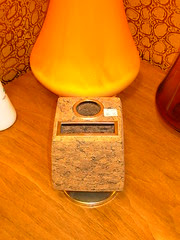 See? Goodies! We couldn't close the deal on a car but we had a good time at the Bethesda

Thrift store on Manchester Rd. I talked to the proprietor about vintage stuff and pricing. This is

prices (I bought two!), she also has a section of pricier items that are perhaps more highly 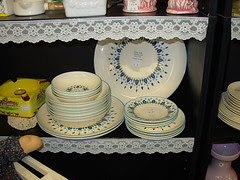 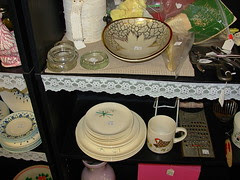 I was of course drawn to these dish sets. They were on the shelves with all the more expensive

items. At first I was a little taken aback at the asking price of the Salem Northstar. $2.99 each

piece. "Huh"? "Really"? I asked if they were marked "each" and probably had a bemused look

on my face when I was informed that they were indeed $2.99 each. The proprietor then asked

(after checking out a few customers) if maybe she had over priced the pieces. I didn't realize

minutes I realized that these were not inappropriately priced at all. It's just not what you expect

to pay at a thrift shop, but that's just because I'm (we?) used to thrift shops not know or caring

what "special" items are really "worth". 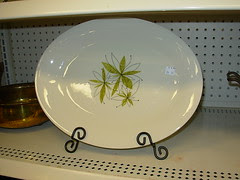 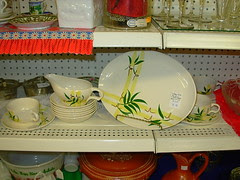 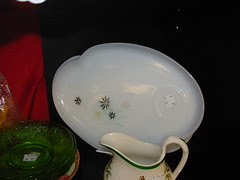 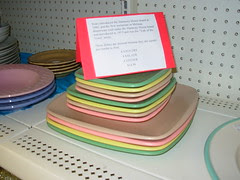 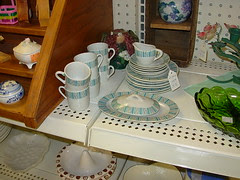 There were all kinds of great smalls and dishes.  Some of them were both, check out the tiny

little miniature set above!  They're so great that I can't imagine them being used by children!

They are marked "made in Japan" but I didn't see any other maker mark.  The square plastic

set of pastel dishes were pretty cool too. 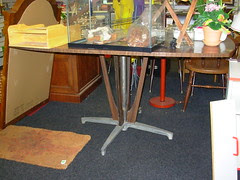 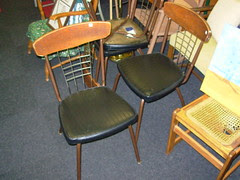 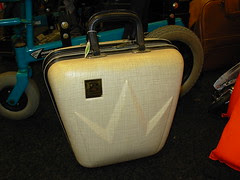 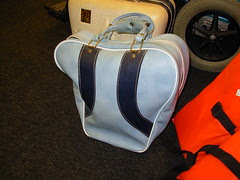 Can you believe that I passed on buying these vintage bowling bags?  The fiberglass one is so

mod it just kills me! 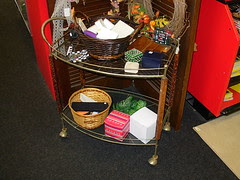 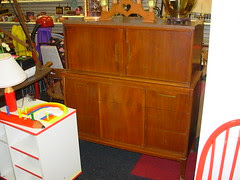 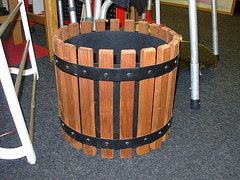 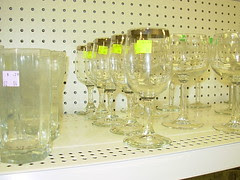 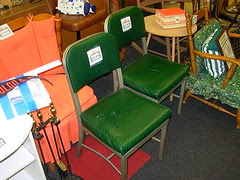 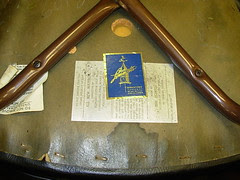 This is a small shop but it holds an impressive amount of stuff. I wish it was closer. I'd visit more

often. There is a St. Vincent DePaul thrift store just across the road so it's worth making a trip

to both. You're bound to find something to take home with ya.
Posted by Mr. Modtomic at 2:22 AM