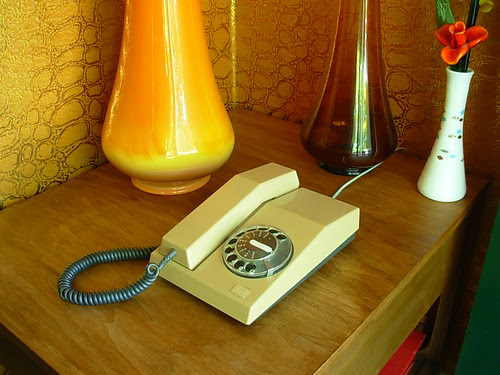 It ain't no Smart Phone and it don't run no Aps but it sure does look pretty sittin' there doin' nuthin' don't it? You know what if find most intriguing about it? 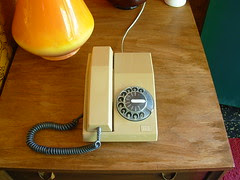 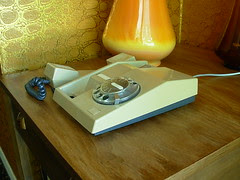 there. Don't it seem just obvious that this should be a push button? 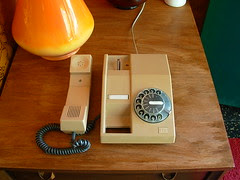 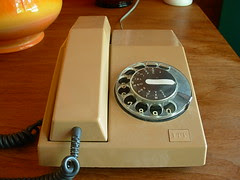 some of the items. Many of the pics were taken at night and with a flash. I hate flash

photobraphy at night. These were taken at a time when I just needed to get it done. Now that I

have the time and a little more photography experience, I can take much better pictures. 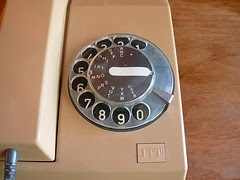 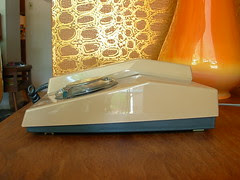 call it a thrift store. It was covered in a thick layer of dust and when I took it to work (no land line

here) to test I found that it made calls just fine. I unhooked it and wrapped it up to take home

when I realized I had failed to test for incoming calls. I hooked it back up and called the line...no

ringing. Uh oh. It turned out to be no big deal. I took the cover off and fixed the ringer. It was

just bent. Now everything works just fine. It's good to be handy! 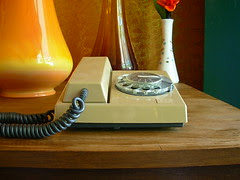 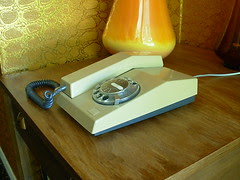 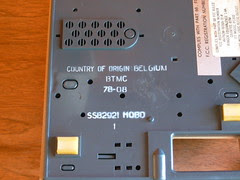