Phwew...This Fall Has Kept Mr. Modtomic Busy Haulin' New Stock To Both Antique Malls. I Never Truely Expect That I'll Do So Well...So It Feels Pretty Darn Good When I Do! Status: Video Walk Through. 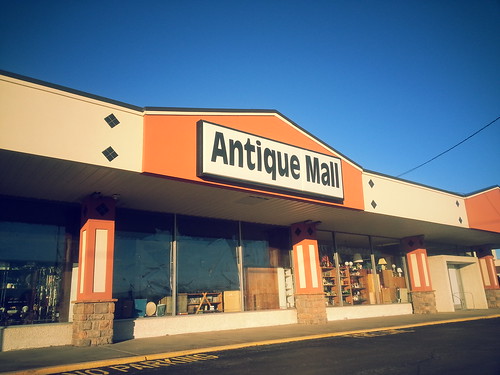 Update!!! I've Uploaded A New Version That Isn't "Sketchy" Like Before. Much Easier On The Eyes!!!

Yup, I know that not everybody appreciates a Video Blog Post, but I just gotta do one once in a while.  Turn your sound down if you're at work and enjoy the show!

This is my first video shot with my new Nikon. I think that the sketchy-ness you'll notice is due to an

editing error on my part (FIXED!!!). The next should be better. Anyway, this is what's happening in the booth

now...except that the Paul McCobb dining set (shown near the end of the video) has been spoken for

and will probably be out of the booth very soon! Yeah, it's hard to keep up with the changes! You'll

side dining table...just in case you're looking for a large table for your holiday feast!
Posted by Mr. Modtomic at 2:37 AM