Yes! More Sculptra! This Five Drawer Chest Of Drawers Came In Along With The Six Drawer Dresser That I Featured The Other Day. A Nice Set You Say? Besides These Two There's Still More! Status: Already Gone. 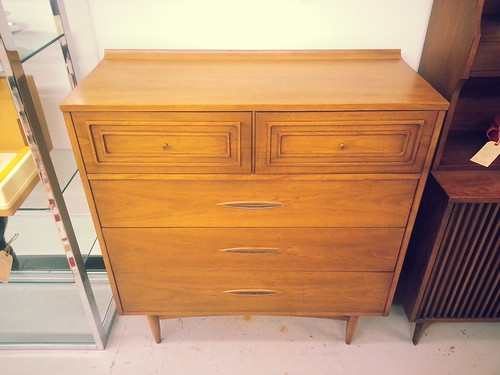 Yep, this was part of Saturday's haul what cost Mr M. five full hours of hard labor.  It's a tough row to hoe, but somebody's got to do it...and I don't mind so much.  It's nice to have such a large space here in Creve Coeur that I can do just a bit of re-arranging and manage to stuff in a few more large items. 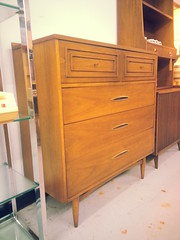 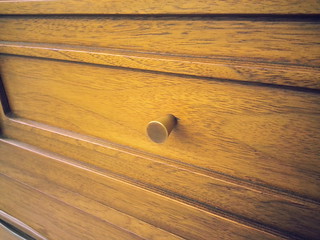 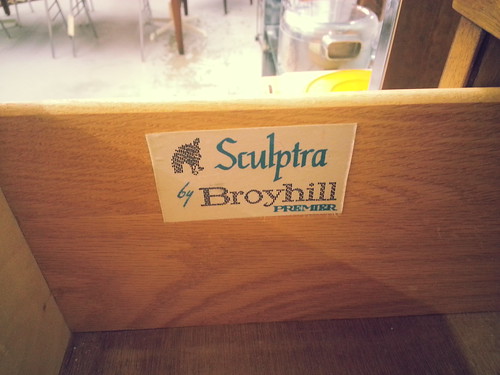 These Broyhill pieces are just salt of the earth, meat and potatoes case goods.  They aren't so precious

covered chipboard either.  They're good solid middle of the road Vintage Modern.  A bit of Mid

Century for the every man. 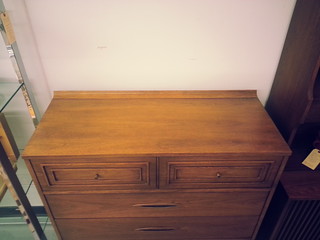 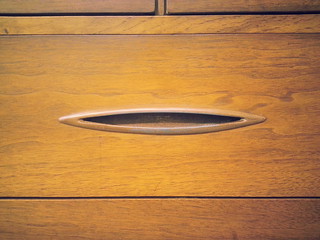 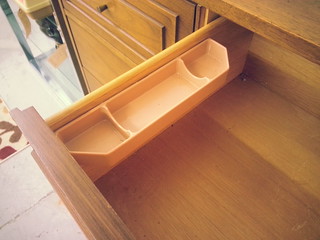 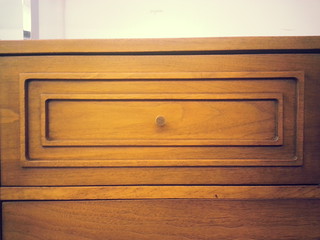 of their day.  It's probably why they are still numerous today, relatively speaking.  That, and the fact

that they were built to last.  All I did was knock the dust off with a little Murphy Oil Soap and rub

'em down with some Howards Restore-A-Finish and they look almost like new!  Good design both

aesthetically and structurally go a long way toward longevity it would seem.  This chest of drawers,

along with the matching dresser and mirror, is available currently in booth 307 at The Antique Mall

Of Creve Coeur if you're interested.
Posted by Mr. Modtomic at 4:10 AM