What The What? Scaffolding? In The Booth At Creve Coeur? Am I Hanging Drywall Or Something? Neah! It's Just A Bunch Of Shelving Units That I Picked Up Today. Status: Bargain Necessities. 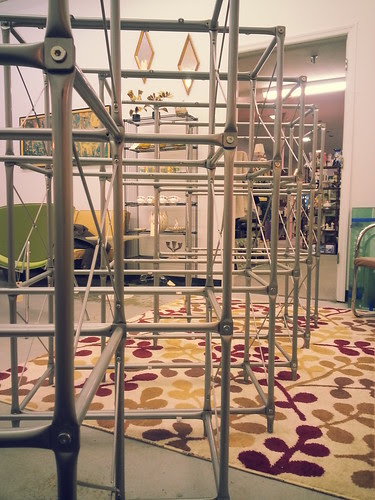 Once again, I had to get my tired butt up out of bed this morning at the crack of Nine O'clock.  This time to secure a nice lot of shelving units to further display smalls in the booth (#307) at the antique mall in Creve Coeur.

units that I initially brought into this space and it's been slim pickins'.  A few days ago an ad popped

up on the list offering many of these IKEA Laxvik modular shelves...cheap.  Cheap enough that I

actually bought more than I feel like I need, Six total.  But it's better to have too much than too little. 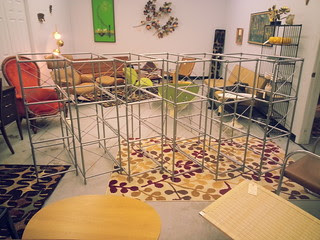 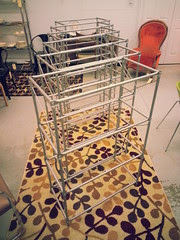 up than out.  Sooner or later floor real estate will become more valuable.  Check it out, these shelves

were assembled but never actually used.  The glass shelves have never even been placed into the

units.  The seller had another Ten units available that had never even been out of the boxes. 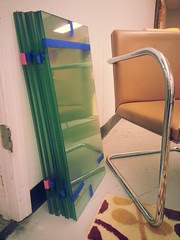 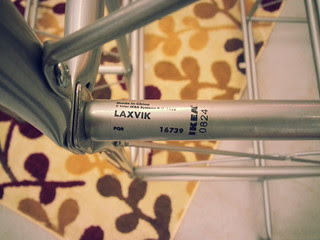 assembled shelves.  No dice, but I did get a better price on these since the seller just wanted to get

them out of the storage unit and make some space.  Works for me!  A better price AND I didn't have