Another Weekend...More Stock In "The Shop" @ Creve Coeur Antique Mall. Straight From Columbia Mo, Burke Tulip Table Trio. These Never Even Made It Out Of The Car! Status: Available. 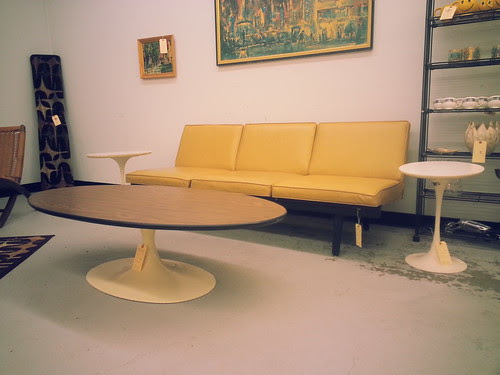 It was the little side table that got me.  There was an ad on craigslist in Columbia for a blue recliner, nothin' special...but sitting next to it was one of these two matching Burke Tulip side tables.  After calling the seller I found out there was a pair.  I put them on my list.

recliner.  I called the seller and found out that it had a matching brother and that they were at a small

local shop just off the highway near Columbia Mo.  Since I wasn't going to head to Columbia until

me until then.  I got shot down on both accounts.  That's why I got my butt up out of bed Friday

morning and made the trip a day early! 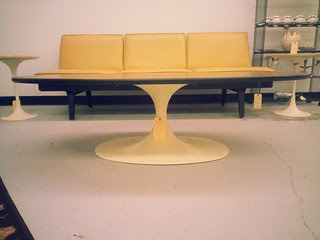 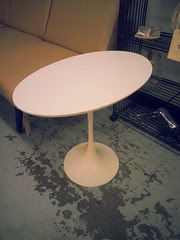 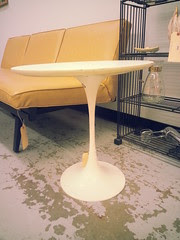 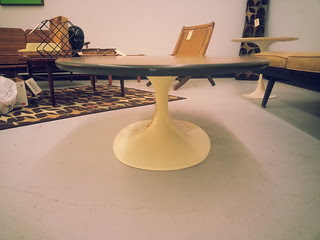 answer.  I stopped at their shop before heading on over the the Midway Antique mall to pick up the

rest of my loot.  No one home.  Dang.  I went ahead and took care of my business at the antique mall

and just before leaving called the little shop again.  This time they picked up and they said to stop on 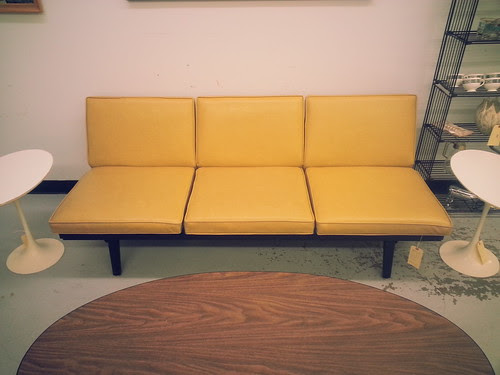 Glad I did!  Turned out they had not only the pair of little Burke Tulip side tables but also this large

Burke Tulip coffee table!  I made out like a bandit!  I had to do some creative re-arranging to get all

this in the car along with the items I picked up earlier in the day.  Then, Saturday afternoon I just

tooled right over to "The Shop" in the Creve Coeur Antique Mall and unloaded it all there!  Sure, I

still needed to clean it all up (yup, right there in my "booth"!) but it was a lot easier than unloading it

here at home, cleaning it here, loading it back up and THEN unloading it all again at the antique