Yeah Yeah Yeah...More Barware...Get Used To It Buddy! Status: I Swear I'm Not A Lush. 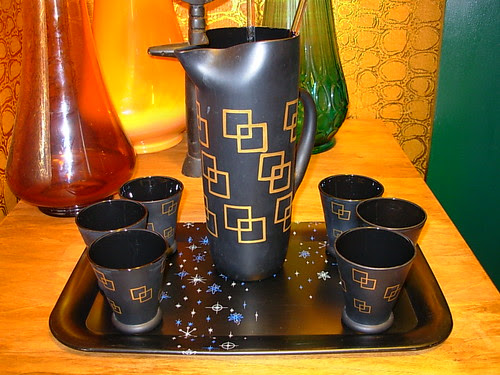 After arriving late to that estate sale Saturday (thanks again Nick) up near my house we found most of the large items gone but there were lots of cool smalls everywhere.  It was kinda overwhelming. There was a lot to look through.  It was a privately (likely family) run and run well but there was just too much stuff to go through and organize.

This was probably the best sale of the weekend and maybe in the last couple weeks.  I think that

Nick took home some of the best stuff and he'll likely be showing off all his great scores soon.  I

of smalls.  Some really cool smalls too. 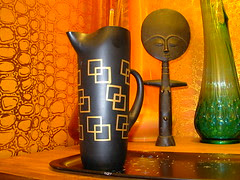 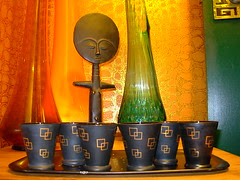 I had gone all through the house, basement and garage and was back at the front door with the few

items I had culled when I noticed the barware displayed RIGHT NEXT TO THE FRONT DOOR...

Where I Had Come In.  I had totally missed it upon entering the house.  Sad...I'm loosing my touch.

Anyway, it was all amazing and I scooped it ALL up.  This is only part of it. 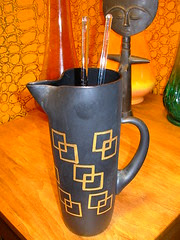 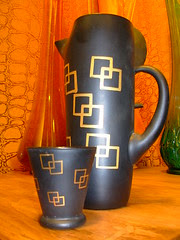 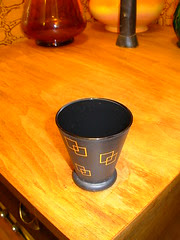 This is a great little mod cordial set doncha think?  The mixing pitcher was kinda cruddy with what

seemed like hard water stains.  I scrubbed most of it off but with the flash photography (sorry...I hate

it too) it really shows all the finish flaws.  In the dark of the candle lit bar at one of our (too few and

far between) parties it won't be noticeable.  I'm going to give it another once over anyway.  This is

going to be great for mixing up some tasty adult beverages. 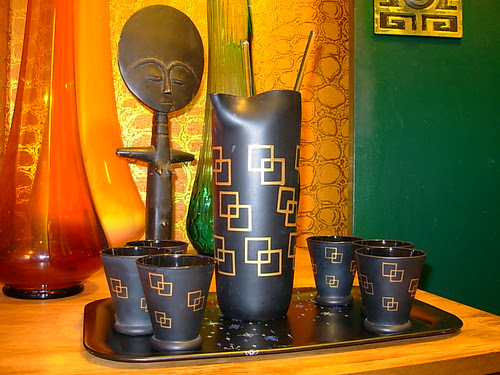