Part Of Why I Wanted To Start A Blog Was To Showcase The Great Items That I DIDN'T Buy At The Thrift Store. But I'm Likin' This "Thrifts Of TERROR" Too! Status: So Here Ya Go! 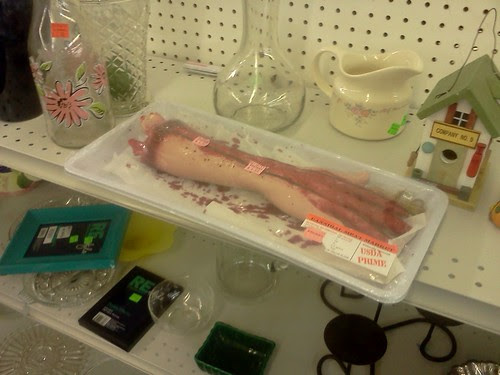 Awe...look at that pretty flower carafe and ain't that little bird house precious and what about tha...An ARM An ARM!!! There's A HUMAN ARM!!!

OK, yes...Halloween is fast approaching so I guess this IS to be expected, but this is gruesome

the wall of the display so that an innocent passerby wouldn't accidentally lay eyes upon it! You have

to understand that here in the St. Louis area we have many burgeoning immigrant populations who

might not know or understand what Halloween even is. I saw the packaging and thought, "why is

there a meat tray wrapped in cellophane there?" Once I realized what it was I just had to get a shot

of it in it's totally incongruous setting...then of course leave it there! 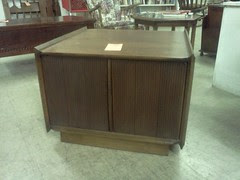 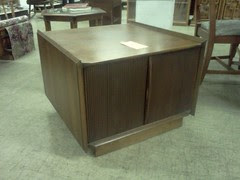 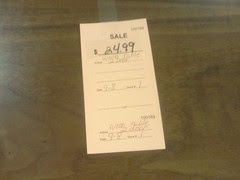 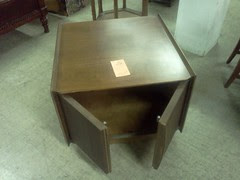 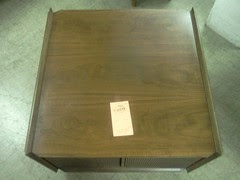 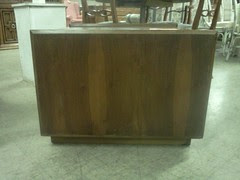 Forest Park Parkway near Downtown. It's pretty nice and very solid. I think it'd even make a nice TV

stand. It kinda reminds me of a Lane line that I don't know the name of. Before I opened the doors I

thought they were tambour style sliding doors. They had me so fooled. $25 is not too shabby a

price for this nice little cabinet, don't ya think? If I had room or need of such a piece.... 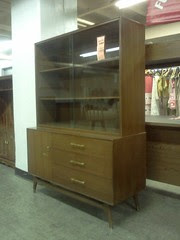 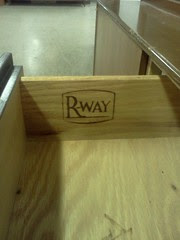 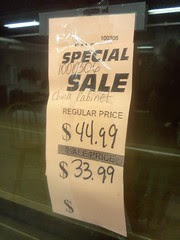 Also available at the SalvArm Forest Park was this nice R-way china cabinet. It's a little scratched up

and ready to either be refinished or painted. I myself feel like it would be better to refinish the wood

but it's not like it's some priceless piece or even rare. R-way made lots of these I'm sure. $34 is

cheap enough to make a "Practice" piece out of it! Learn to paint or restore on something you can 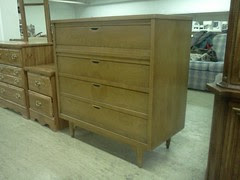 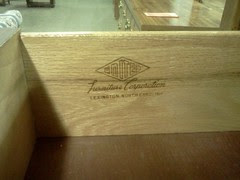 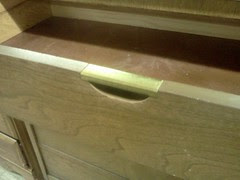 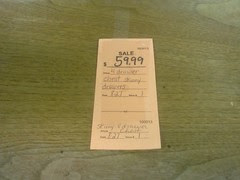 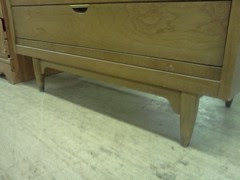 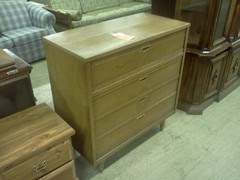 At $60 this is kinda pricey for a thrifted piece but it was in really nice condition and very solid. It's

also at the SalvArm on Forest Park. This looked to me like you could clean it up with some Murphy

Oil Soap and give it a quick rub with some Feed-N-Wax and use it tomorrow. No real work need on

this. I hope these all find loving homes as I hate to think of what becomes of them if they don't! They

may end up looking like that Arm pictured above!
Posted by Mr. Modtomic at 2:41 AM