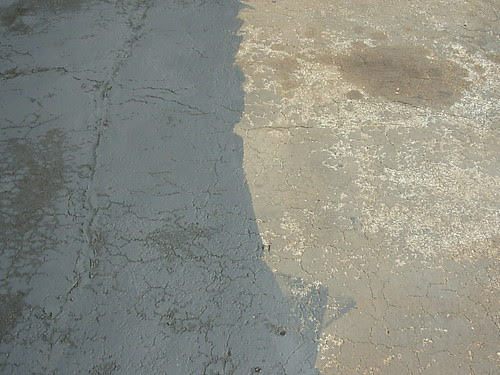 Yep...nuthin' but good times and fun 'round here. HAD to fix (fill cracks and seal) my driveway and fix my fence...and it's taken (taking really) way longer and much more of my energy than I thought. I really have been slacking on taking care of my house. The driveway not only had some cracks

that needed attention but had some pretty good weeds growing out of it. I thought, "Oh, I'll pull

out those weeds, sweep the drive and seal it up real quick! Not so much. Lots of those cracks

required some serious patching. That took forever. But I got it done and now I'm in the process 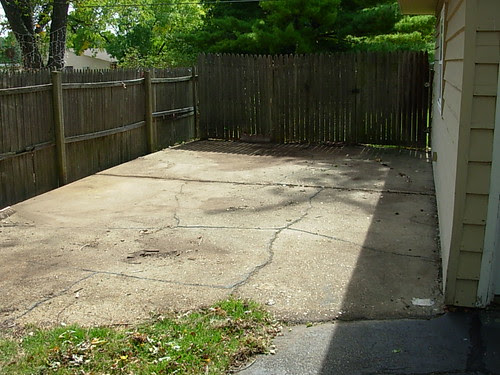 Then there was this whole fence thing. I had some crazy big vines on the fence next to the garage

and the pad was covered with a thick layer of dead leaves and sticks. I got the vines all cut down

and the scooped up the compost heap. It all went into recycle bags to go to the big compost heap

in the sky...or wherever it goes when the truck picks it up. 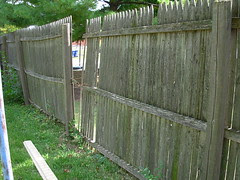 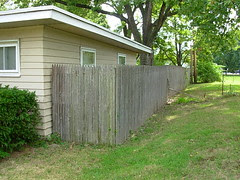 The fence in that surrounds my back yard is in pretty rough shape. It's just too big to replace. It

would cost a fortune. I'm just patching it up to get me through the short term and see where we

land later. Plus it's gotta be done by today (Thursday). City. Gettin' hassled by the man. The first

pic is what the second pic looked like before I fixed it up. I still gotta fix what you see in the first 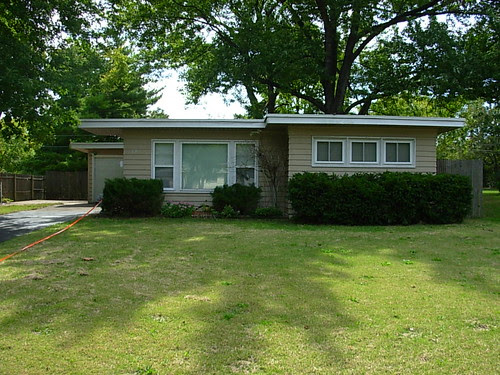 The front of the house is looking much better now that I've trimmed up the bushes. They were

getting pretty unkempt and scraggley. I hate Having to do all this maintenance but I find Doing

it all quite enjoyable once I get started! It's the joy of seeing a project finished that's so nice. If