Something's A Little Fishy 'Round Here And I Don't Just Mean The Art. Status: Pickin's Getting Slim. 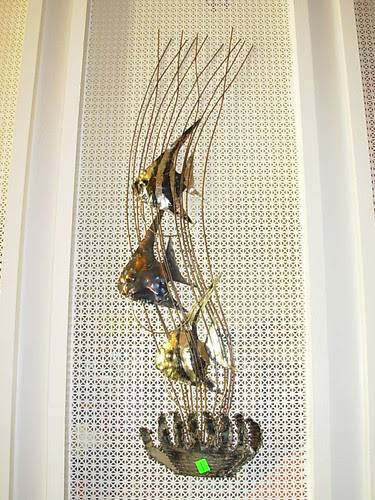 I know that yesterday's post perhaps made it look like there is a serious wealth of vintage modern goodies to be had 'round these parts...and it used to be so, but we hit like 10 thrift stores Saturday. The items shown yesterday were pretty much all we ran across worth posting about. Seems like the well is going dry!

modern goodies people were throwing out. Has the STL just run out? Is it just that time of year? Has

anybody else noticed a change? I've combed through at least 15 of St. Louis' finest thrifts over the

last two weekends and one weekday and come up almost empty handed. Except this. 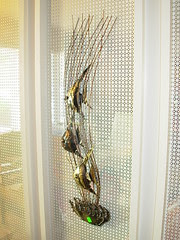 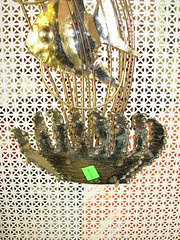 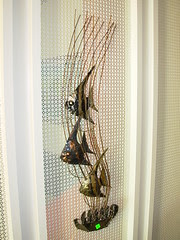 I found this little vintage gem down the street at the Goodwill in Florissant on N. Lindbergh. I was

hoping it was a Curtis Jere piece but it isn't. It's an Enesco Imports Corp and is dated 1976. Enesco

is still in business. Here's a timeline of their business. Kinda neat! 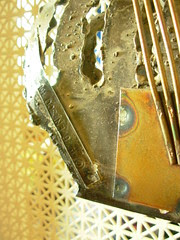 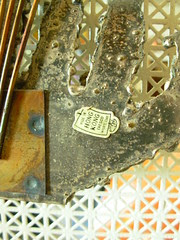 These brass home decorations were apparently very popular in the '60s and '70s. I imagine they

stupid. That's how it works right? It's super hard to be nostalgic about stuff we lived so long with. 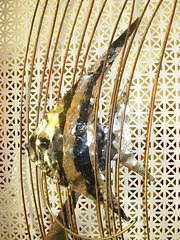 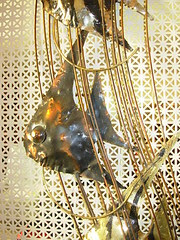 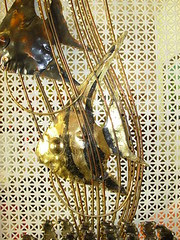 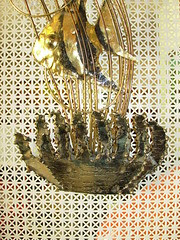 Actually, I can't ever remember having anything like this around any of the homes I've lived in as a

child. I do remember lots of '90s "Art Deco" style stuff like mirrors, coffee tables of glass and bad

Bauhaus sofas though. I don't care how "vintage modern" popular that stuff gets, it will never be in 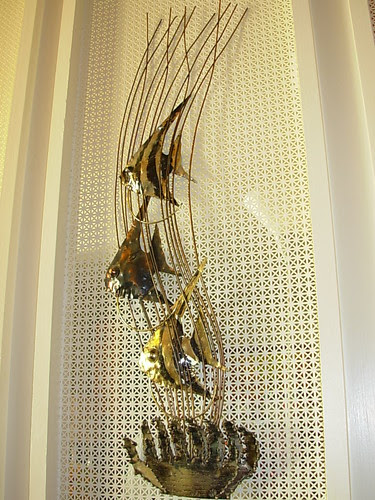