The Reveal. I Included A Somewhat Obscure Photo Of These Chairs In A Previous Post And Asked If Anyone Could ID Them. Status: Still Wanting For Minor Repair. 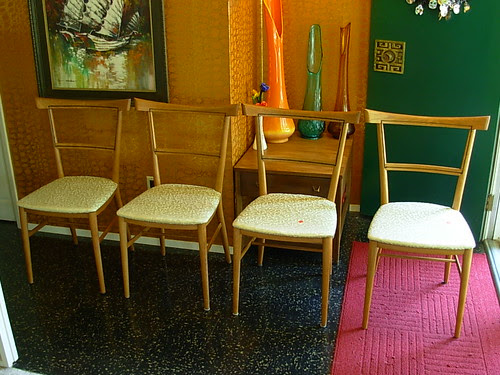 Ain't they just spectacular even as is? The Girlfriend and I were headed to the Drive In movies in Belleville when just seconds before passing the off ramp I decided to take the "long way" since it passes a Goodwill along the way.

This is a "suburban" Goodwill and not a place you'd expect to find anything vintage...much less

vintage modern! To be fair these Goodwills are a great place to find donated Target goods at

SUPER bargain prices. But when I walked in and spotted these chairs within 5 seconds I knew

I'd struck gold. I was light headed and a little giddy with excitement. I still wanted to look around

but I didn't want to chance someone else snatching these up out from under me...so I just

dragged them up to the register and bought them right then. I felt like such a dork going back

to get a chance to look around too (don't know why...I already got the good stuff...oh yeah,

clothes). I didn't find anything else, but really...So What! 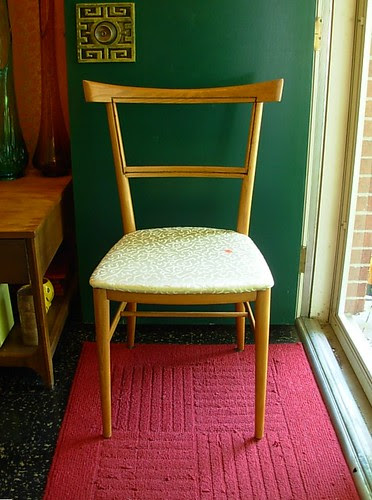 I wasn't sure what these chairs were when I bought them and we were headed to the movies. I

had a glimmer of an idea though. While waiting for the movies to start I did a little research on

my "smartish" phone. It took a while as there's not a bunch of info out there on these chairs.

But I knew I had seen these chairs before...somewhere. I was so excited that I shot Dana over

at Mid2Mod an e-mail to see if she thought my suspicions were on target. Her confirmation was

gladly accepted but I had one more authority to call upon. 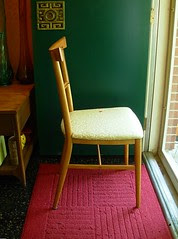 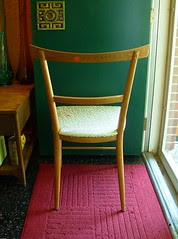 became more and more solidified.  They aren't labeled but I recognized the design.  I knew just

who to contact next.  Jonathan Goldstein authors a blog (and someday a book we hear) called

Planner, Perimeter, Predictor, Paul McCobb that deals in the facts and fictions surrounding the

furnishings of Paul McCobb. His focus on McCobb is rare and seems fairly enured by both the

research and sometimes lack of information, as is the case with a lot these quests. We bumped

mutual. I'm glad to know him and happy that he'll answer my e-mails. Basicly, Jonathan is the 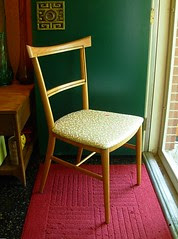 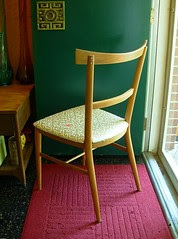 these chairs. If you've read my blog much you no doubt have realized that, while I'm pretty

good at eventually identifying items...that's about as far as I go with the research and

information. Oh, I might provide a link to a Wiki page or some Google images, but hardcore

research...not my bag. I do not have the patience for it. I spread my interests to thin. Luckily we 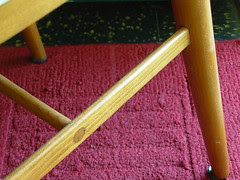 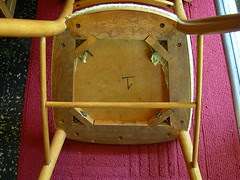 About the chairs Jonathan writes: "The Perimeter Group #2632/2633 Cane Back Arm/Side

ran from April 22 to April 27. It was the very first spring market put together jointly by the

American Furniture Mart and the Merchandise Mart. The idea was to give buyers an

opportunity to place their fall orders earlier than the Summer market in June. 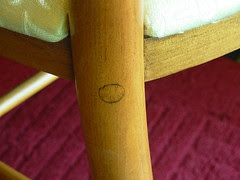 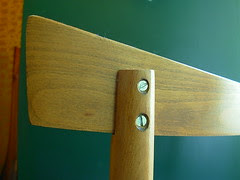 discontinued in the middle of 1958. But not all of the Perimeter Group designs were

discontinued, some of them, the more popular and successful of the lot, were kept in

production as a part of the Planner Group from mid-1958 onwards. The very popular asian

inspired Perimeter Group #2632 and #2633 chairs were amongst these few survivors, and 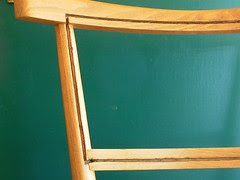 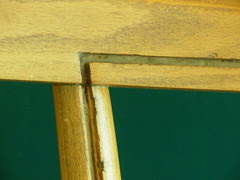 As you can see, there seems to be something missing on the seat backs. Not knowing exactly

what I had I wasn't sure what was going on with these grooves. After finding some pics on the

interwebs (with the wrong style of caning, here's the correct caning) I realized that I had yet

another project on my hands. Someone either spent a bit of dough having the seats recovered

or spent a bit of time doing it themselves. The job looks good. Makes me wonder why they

didn't finish the job and replace the caning. It may be that they did the job themselves and just

couldn't find the caning. It's not something you'll find at your local fabric store. You can get it

before but it looks like it's just like replacing a screen in a window. Except I've heard that you

must soak the caning first so that it shrinks back up nice an taught. I like the seat covers so I'll

just clean them up and then...I think these might be keepers! The Broyhill Brasilia dining set 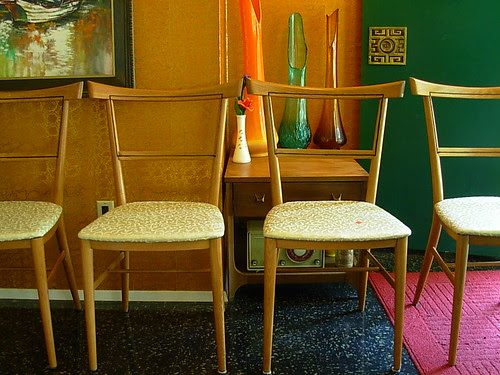