And You Shall Know Me By The Trail Of The Great Bargains. I've Finally Found The Tall Russel Wright Pitcher...At A Bargain Price! Status: Already In The China Cabinet. 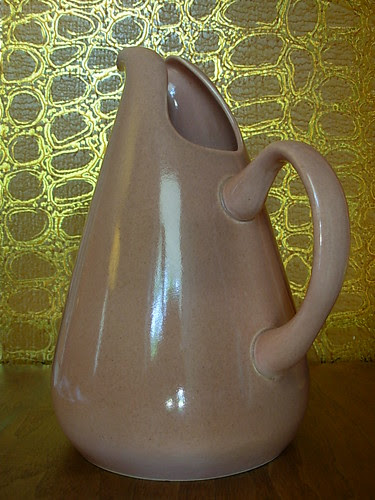 This is so Yin / Yang. I had such a great vacation. Nothin' but good times and relaxation. But the moment we pulled into the driveway I had to mow the grass...then unload the car. Then I had to get up early and mow some more grass before heading into work. And it's been nothing but trying to get things done with no time since.

...So little time in fact, that I had to button up the brake job on Tinkerbell (the Girlfriends Volvo

but then I realized that the Girlfriend had taken Frank Jr. for the day to get a flat fixed and an

oil change and I had left my parking pass in that car. Now I was going to have to park at a

meter, suck. And when I drove Tinkerbell down the street (I DID test drive her last night...

everything seemed fine) the brakes were shuddering a bit. ::Sigh:: Then the AC quit working on

the highway. Damn. At least I still got to work on time. But I was in a foul mood. Yin and Yang.

Let's concentrate on what I believe is the Yin! Look! I FINALLY got my Russel Wright - 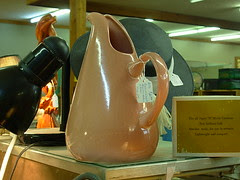 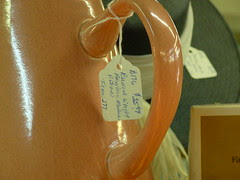 shop we stopped in on our way home during vacation. We were driving through Memphis TN.

and I just Googled "antique mall Memphis" and found the Antique Warehouse Mall. It looked

like it wasn't far out of our way off the highway so I thought we might as well give it a try. Turns

out the place is amazing! I'll be doing a full posting on it soon, don't you worry! This pitcher is

only one of many items we happily purchased. 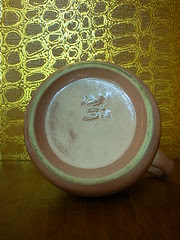 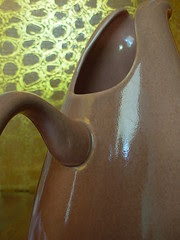 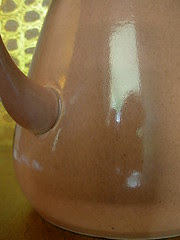 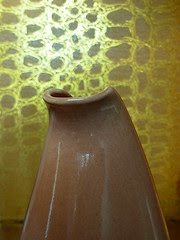 found any! I now have a full brace of pitcher and pots and I feel like my collection of Russel

Wright is much more of a "complete" set now. Around here, if you do find one in an antique 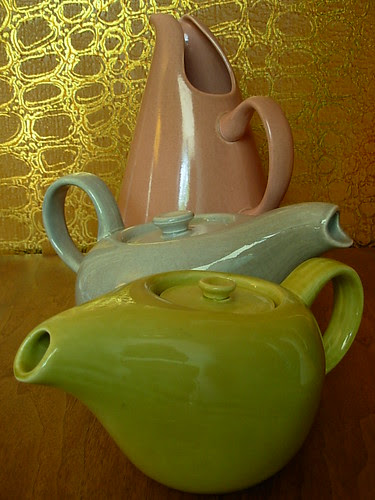 Don't they all look so good together? I wish I had remembered to grab up my brown Iroquois

pitcher when I shot the group. Oh well, keeping the shots all Stubenville doesn't hurt nothin'. 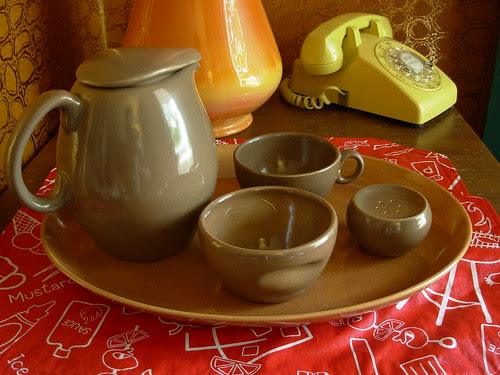 Who knew that I'd have so many more pieces of Stubenville than Iroquois at this point. It seems

more common and easy to find. This doesn't seem to be the case. At least not for the mid-west. 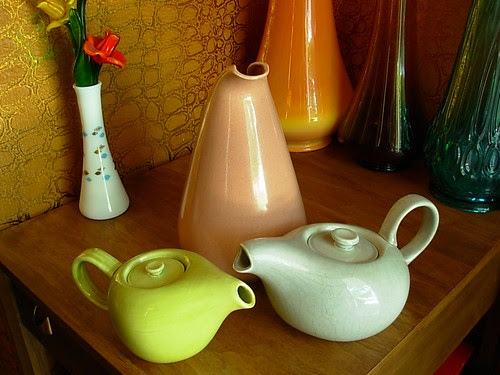