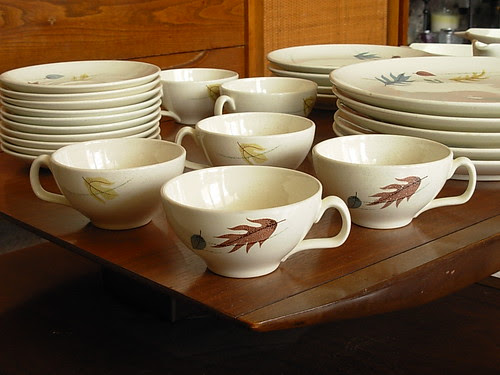 Well the leaves are all off the trees and I'm just now getting around to pulling down the Franciscan Starburst and replacing it with my collection of Franciscan Autumn. At this rate it'll probably be Easter before I get the winter dishes (Salem Northstar) out for display! 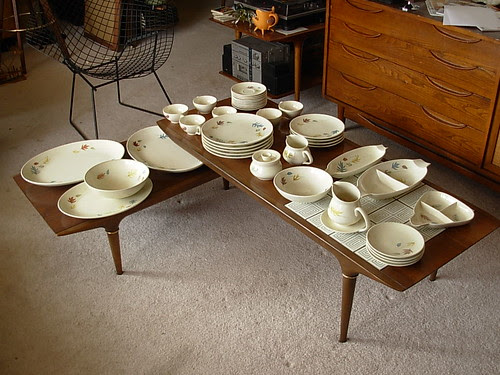 ago. We had gotten an early start (somehow) and decided to stop at a small town

and malls. This was a starter (incomplete) set that was Heavily discounted (stop

twisting my arm!). I hesitated because I have a weakness for retro vintage dish

sets and will spend lots of time, if not money, trying to complete a set. In the end, it

was destined to come home with me. 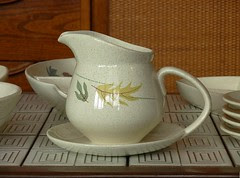 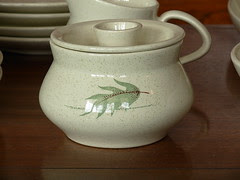 I love the pattern. It's very mod. I think that it's every bit as cool as the Starburst,

just not as iconic. The good news is that it's A LOT cheaper on Ebay! I just looked

just $29.95, compared to the Crazy prices a Starburst Crescent plate goes for, the

Autumn is a bargain!

estate sales I recently deigned to visit.  Paid $20 for the three pieces.  I don't think