This Last Weekend Was Absolutely Beautiful. Perfect Weather. Luckily I Had Taken Friday Off To Visit The Rutledge Missouri Flea Market And As Such Had A Three Day Ahead Of Me. Did I Score? You Bet! Status: New Stuff. 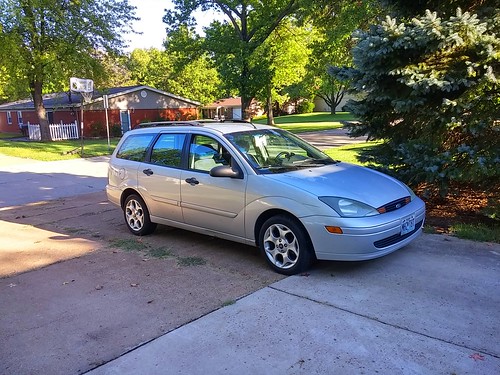 The first thing I purchased last weekend was a new set of wheels for Frank.  Frank needed new tires BADLY (only real failing is he chews through tires) so I felt an upgrade was in order, wheel wise.  These 16 inch wheels from a 2011 Ford Fiesta SES are a perfect fit and look pretty good.  The tires are in better shape than what came off too!  But I'm sure it's what I picked up at Rutledge that you're probably interested in. 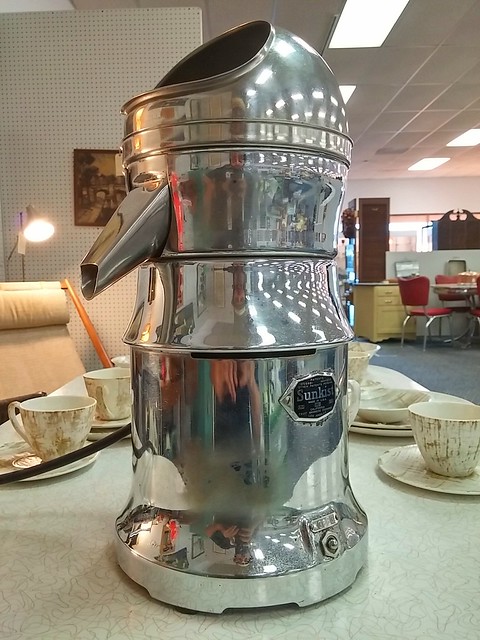 The first thing I found at the Rutledge flea was this massively heavy Sunkist chrome plated diner style juicer.  Good thing I brought along the collapsible dolly with the strap on tote!  This is about 50 lbs of retro industrial juicing goodness...and Yes, it works! 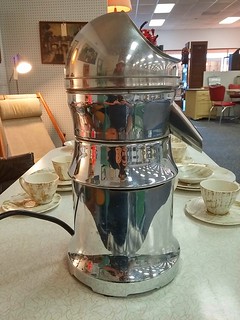 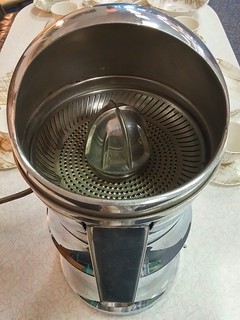 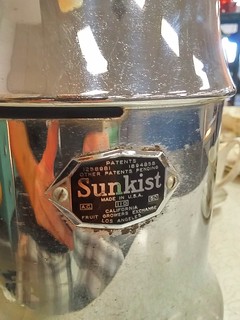 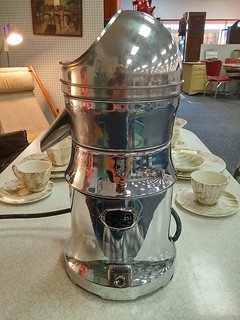 Yeah, see that...Sunkist!  I didn't even know if it worked until I brought it in here to the booth at The Time Machine Antique Mall where I cleaned it up.  Works like a charm!  The center spins and the strainer bit oscillates back and forth...and I assume that if there happens to be an orange half being applied to said bits, fresh squeezed orange juice will flow down the little spout (add pulp from strainer to taste)! 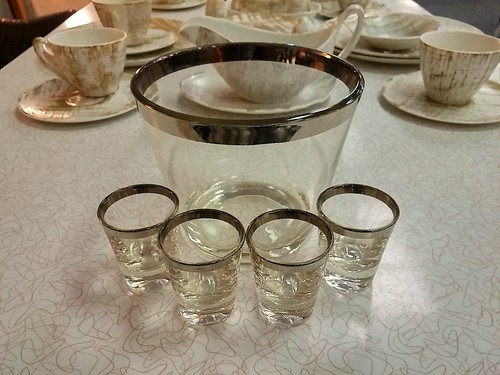 More chrome from the huge northern Missouri flea market.  This Dorothy Thorpe style set of four shot glasses and ice bucket (or fifth glass, if you're THAT thirsty) was another nice score.  Last time I went to Rutledge I didn't bring back too much stuff, but this trip more than made up for that early effort. 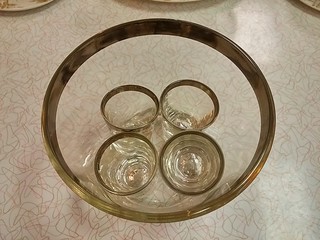 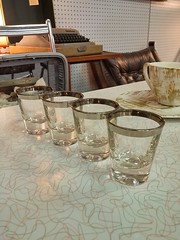 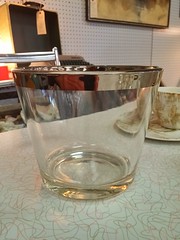 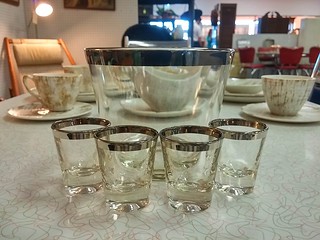 This set, the juicer and a few other choice items have already been dropped off in my booth here in St. Peters.  I'll feature a few of the other items soon, I didn't want to blow them all in one post.  It's good to know that there's a very nearly Epic sized flea market only (only?) 3 hours away form home.  Hey, it's closer than Chicago or Canton Texas!  Can't believe I've been missing out on this place for so long.
Posted by Mr. Modtomic at 2:02 AM