Just In The Nick Of Time, A Woodard Patio Set Moved Leaving A Gaping Hole In My Booth At The Green Shag Market. Just In The Next Nick Of Time I Found A Beautiful Kofod Larsen Chair To Fill It! Status: Available. 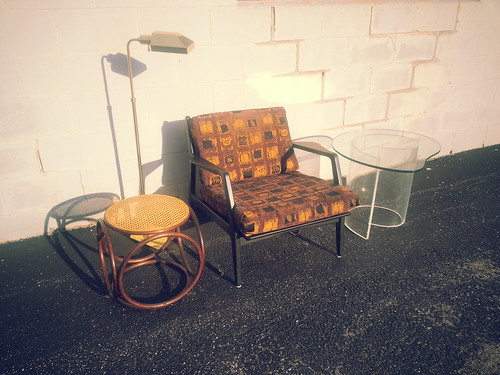 Then the Kofod Larsen lounge chair score turned into a lounge chair, Thonet side table and cool brass pharmacy reading lamp score!  The craigslist chair seller had all kinds of extra stuff for sale and well, since I was there.  ::shrug:: 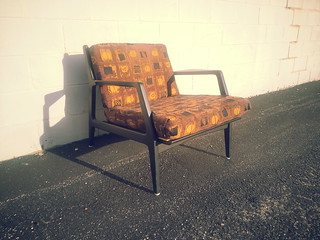 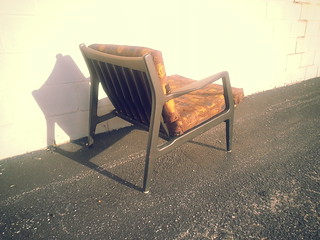 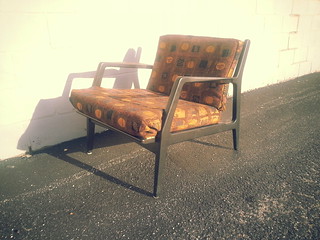 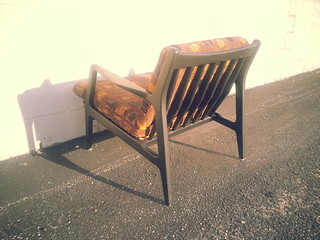 Larsen design imported by Selig.  It didn't really matter, it was really rough and it was taken home by

someone who refinished it, did an appropriate upholstery job on it and basically gave it a new life.

Only much later did I learn what it was.  This is how we learn.  At least I didn't just give it away, like

I did that Pearsall sofa so many years ago...not that it's still sticking in my craw or anything. 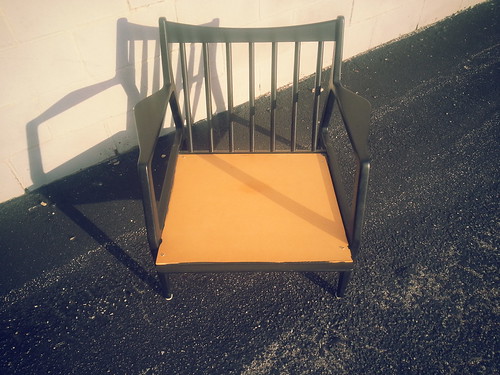 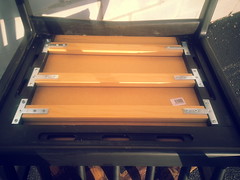 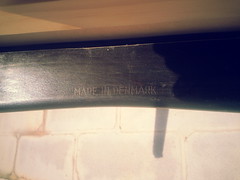 This one is in much better condition aesthetically, though the webbing is gone...replaced rather

substantially with some almost professionally placed cross braces and a piece of hardboard.  It's stiff.

It really could use some new straps.  I ain't doing it.  It's already in the booth.  But rest assured, ain't

no one falling though that seat! 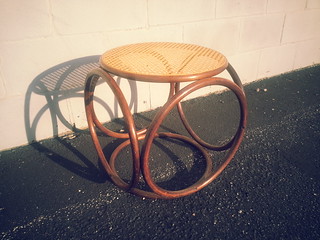 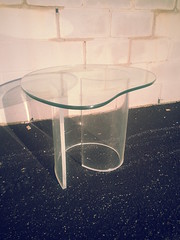 Also dropped of: a cute little (and remarkably light weight) Thonet bentwood and rattan side table or

that I featured some time ago.  I'm trying real hard to get the living spaces back to a livable arrangement.

ago at Creve Coeur Saturday, so yeah once again...it's been a busy busy weekend.
Posted by Mr. Modtomic at 1:30 AM