This Rather Pedestrian Looking Pair Of Square Tables Found Their Way To The Back Of Frank Wednesday Night After Work. Why You Ask? Two Names: Eames & Miller! Status: Available. 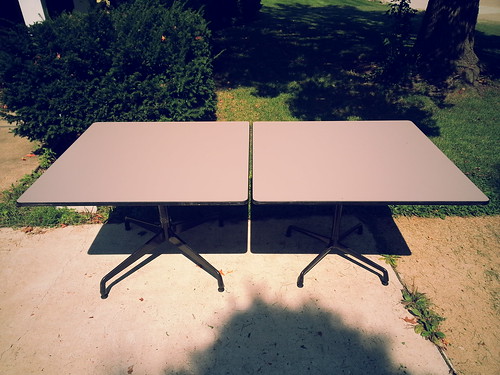 If not for the ridiculously low asking and the odd shape (I've never seen square tops before) I might have passed on this pair.  Plus, the seller had other interested parties.  But, I got a call back from him and we made arrangements.  Couldn't back out after that. 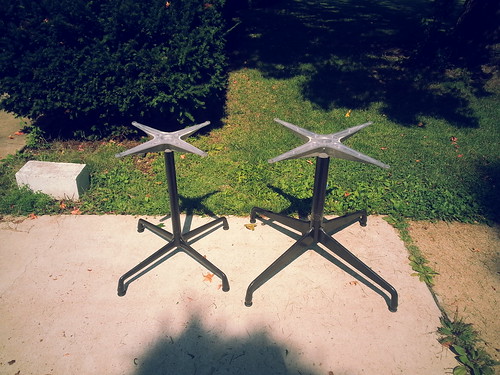 top for a Herman Miller label.  He took the phone out with him to the garage and checked.  He

couldn't find a Herman Miller label but did find the barcode label that you see below.  He started

reading off the number code: ET106L, and I knew right away that these were Herman Miller / Eames

tables.  What I didn't know was that he had two different styles: the Aluminum Group and the 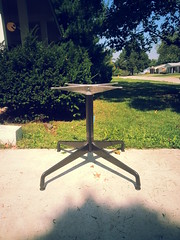 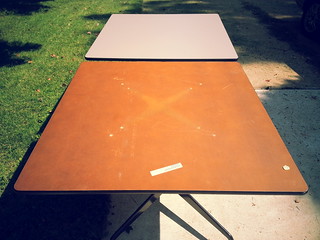 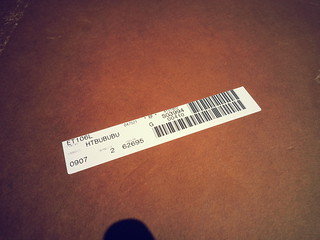 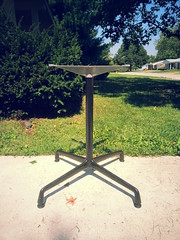 Group really is much more classy.  Still, I love 'em all.  They're all good design.  The tops aren't much

to write home about, grey Formica with a vinyl edge, but they are durable...and if you've got kids... 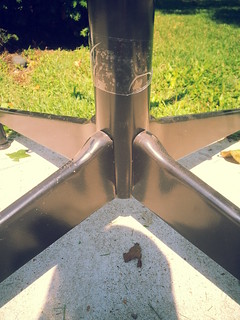 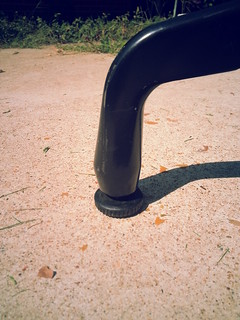 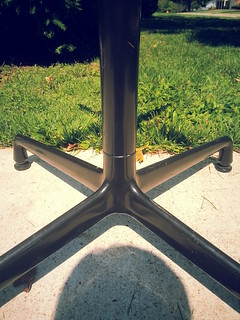 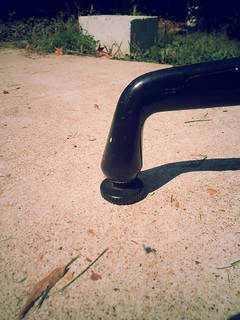 I had kind of a weird idea.  Let me run it by ya'.  What do you think of removing the top of the base

of one of these and using the remainder as a TV stand.  Yeah, just attach a universal wall mount to the

top of the upright.  Maybe add a shelf about nine inches above the legs?  Sound interesting?  It 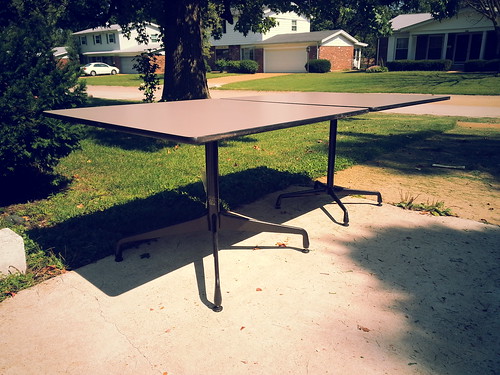 Meh, I'll probably just screw the tops back on and drop 'em off at the antique mall as is.  Anybody

tables for anyone adventurous enough to cut down an upright and the big long screw inside.
Posted by Mr. Modtomic at 11:50 PM