Went Out This Afternoon Before Work To Buy A Cowhide Rug, Stopped By A Thrift And Picked Up An Old School Freestyle BMX Bike! Status: Spoken For! 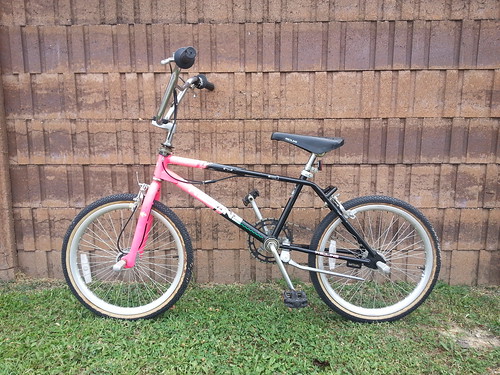 Mr. Modtomic is an old school freestyler from way way back.  This Redline "One Thousand" model 20" bike is exactly the kind of bike I would have loved back in the day.  I'm always on the look out for these '90s classics and today I made a nice score! 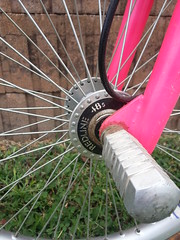 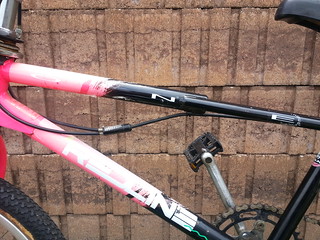 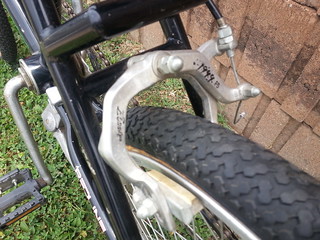 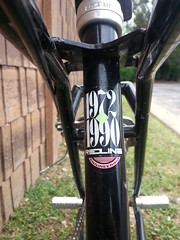 I took these pics as soon as I purchased the bike at the south county Savers.  The plan was to send

them to a guy who relieved me of a similar bike a while back and see if he might be interested.  I sent

to gloat about the great find.  He texted back "I want it".  I didn't expect that...but I cut him a good

bargain since we grew up together riding these things. 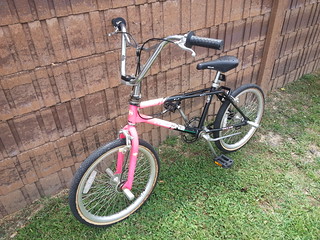 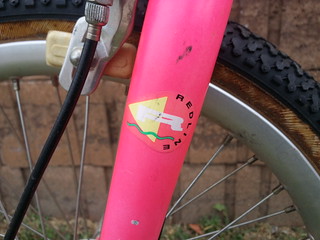 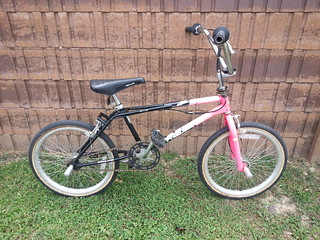 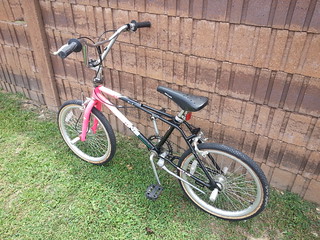 Can you imagine grown men, much less late teen boys, going ga ga over a bike with pink parts?  Pink

was (rather oddly) a big thing back in the late '80s and most of the '90s.  This particular model of

Redline is somewhat rare though hardly the most desirable of the particular breed.  As far as I know,

I was young...and still is so.  My buddy is getting pretty lucky though, any old school BMX bike is

desirable and especially one that is quite possibly 100% original!
Posted by Mr. Modtomic at 11:52 PM