Up Near Glacier National Park (Where We Were Hoping To Drive The Road To The Sun) I Found A Small Sunburst At A Thrift Store. Then In Denver I Found It's Big Brother. Status: Roadtrip Finds. 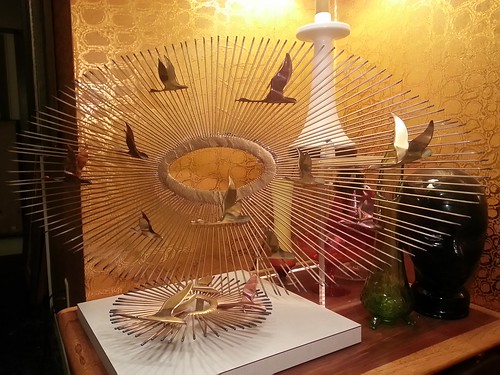 What luck!  I had no idea I'd find a large sunburst just before heading home.  I only bought the small one at the thrift store just so I wouldn't come home empty handed.  And really, I only bought the big one because I bought the little one.  Weird, that. 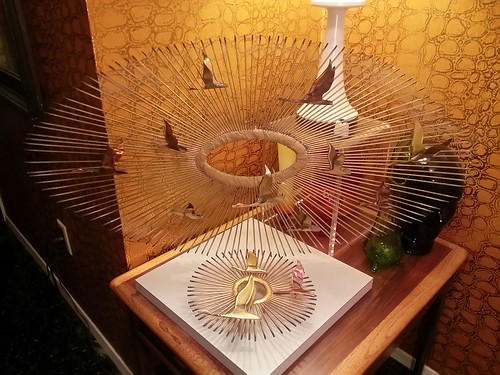 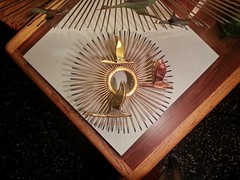 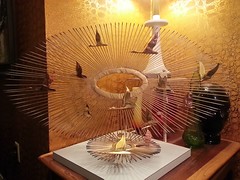 But now I've got a nice matched set to offer at one or the other of my antique mall booths.  I had one

other large sunbursts a couple of years ago that I picked up at the Wentzville flea.  A reader noticed it

in a photo and asked if it was available, and off it went. 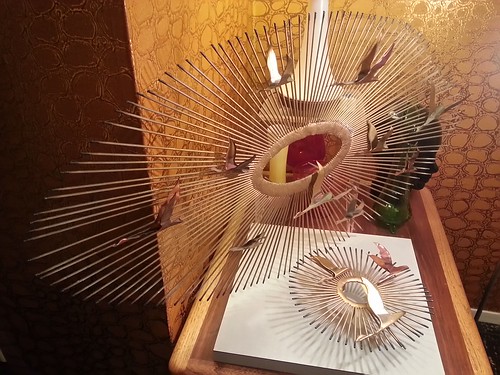 I've seen some of these pieces with the geese removed to just have the sunburst effect.  I think Nick

seagulls in front of a sunset...both as art and in real life!  Maybe in my retirement days. 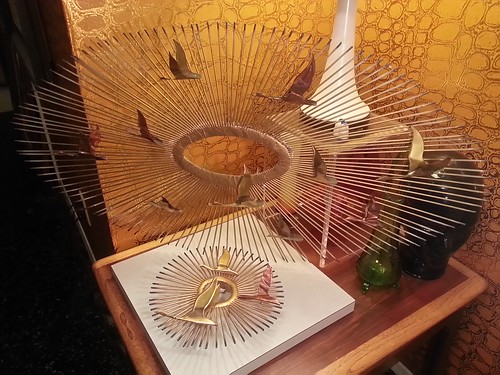 I've seen these referred to as Curtis Jere pieces, though I've never seen one signed and dated first

hand.  I'm not discounting it though, it does seem like it would be one of their products.  Have you

ever had the opportunity to take a close look at the back of one of these?  There's tons of welding that

has to happen to produce one.  Then I guess they take a cutting torch and even up the outsides.

Sounds like a lot of work and heat!  Then again, they are working with the Sun.
Posted by Mr. Modtomic at 3:38 AM