Just Like Every Road Trip Vacation, I Had To Do A "Little" Shopping While Out And About. I Didn't Push It This Year Quite As Hard As Other Years, But I Did Find Some Cool Stuff Along The Way. Status: From Afar. 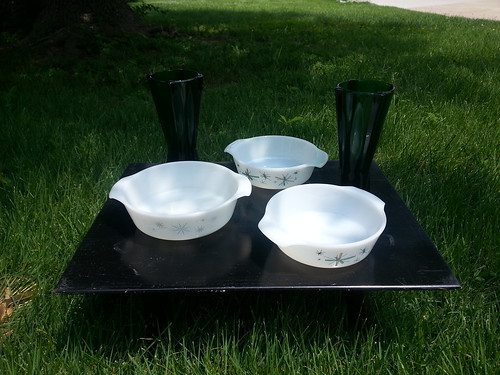 There's' ALWAYS good stuff to be had while on the road.  Ya just gotta know where to look...and look hard.  And ya gotta stop.  Stopping is the hard part because it sucks up time.  Time I'd rather be exploring and discovering. 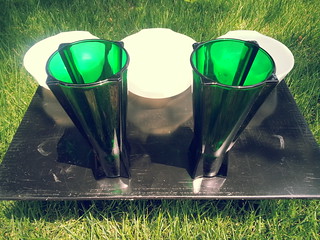 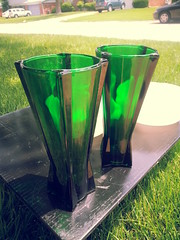 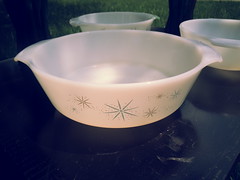 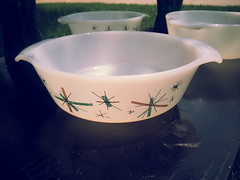 But I just can't NOT Stop!  Just a peek.  Just a quick look.  We stopped a couple of places.  Here and

there.  I found these great art deco vases in green glass near the Corn Palace in Mitchel South

Dakota.  The Corn Palace was interesting, but not quite as epic as I'd hoped.  There was, however, a

great big antique mall just down the street.  And the great casserole dishes...those were found in

Iowa...near Waterloo I reckon.  Just a little roadside half forgotten junque-tique shop on the side of the 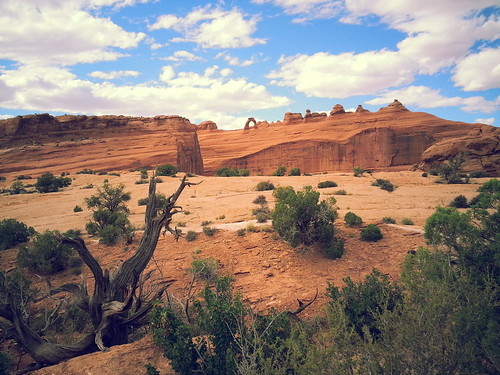 What, you thought I was done with the vacation landscape shots?  Not a chance!  Arches National

Park (last time we were here it was still a National Monument!) was just nearly the last place we

visited before bolting homeward.  Sadly, we only had a few hours to spend...again.  The good part of 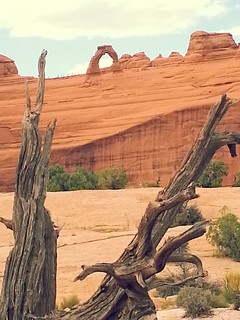 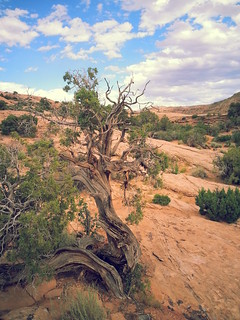 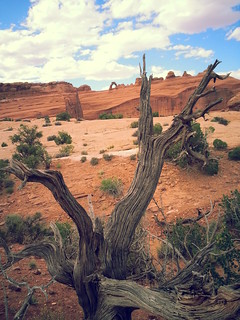 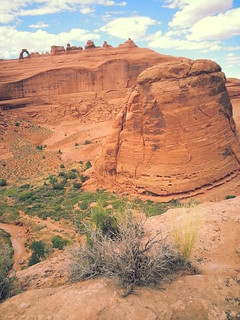 We had been to The Arches area before, about 8 years or so ago.  Then we only had time to visit

Double Arch and hit the road.  This time I absolutely wanted to see Delicate Arch and Landscape

Arch.  Landscape won't be with us much longer I fear and wanted to make sure that we had an

opportunity to see it before it's eminent collapse. 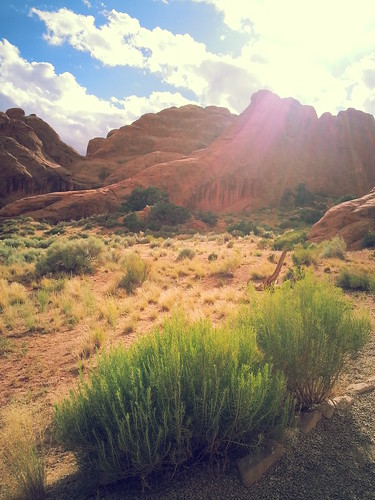 One can hike right up to the smaller Delicate Arch...but the Girlfriend nixed that idea as it was a 6

mile job and she thought better of it.  Next time.  Still, we had a great vantage point...if somewhat

from afar.  I do now wish I had taken the real camera as it has a proper zoom as apposed to the digital

"zoom" found on our phones. 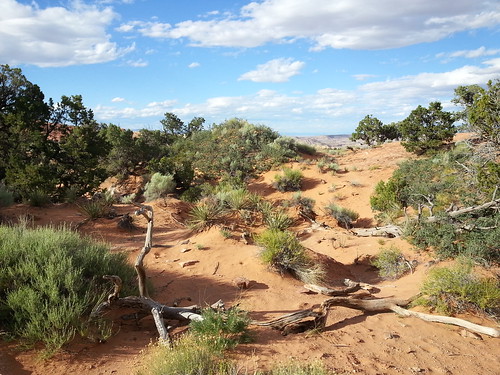 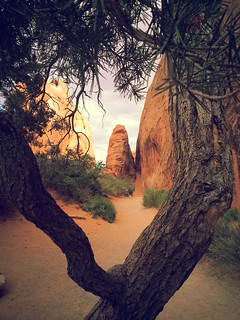 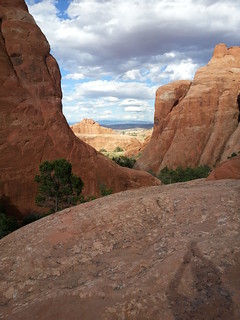 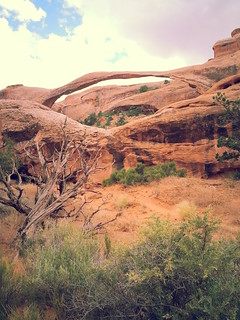 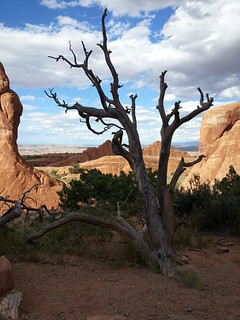 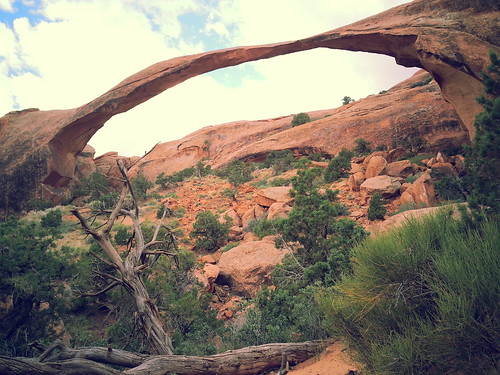 I can't hardly fault the phone's camera though...all of these pics were taken with that POS (yep...hate

that damn phone) Galaxy S3.  It takes some pretty pics.  The Girlfriend even got in on the action for

once!  She dragged out her phone too.  It was fun taking pics of her taking pics!  More fun than

taking pictures of these rocks and trees.  Damn, we must have hiked on average Three miles a day

this trip!  Worth every step.  You gotta get out there and see this stuff for yourself!  The beauty is