This Was A Really Good Weekend. Saturday Had Good Pickin's And The Drive In. Sunday, The Auction And I Picked Up Some Lighting At The Flea Market. Status: Smiles All Around! 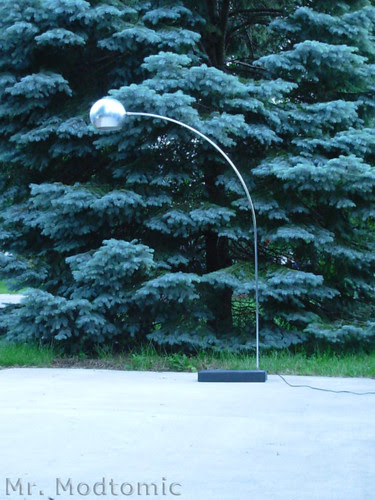 OK, so it was "middle of summer" hot and humid here in the StL all weekend and there were plenty of thunder showers spread around but still, it was a super if not epic weekend. Two days, two fun events...Gus' auction and the Drive In movies. Two days, two scores...the Eames table Saturday and on Sunday, these. 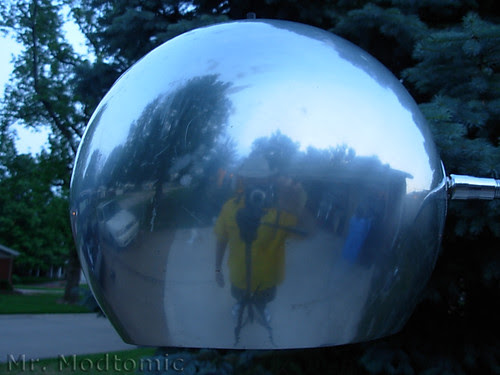 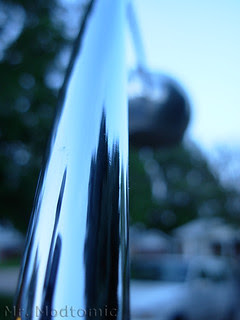 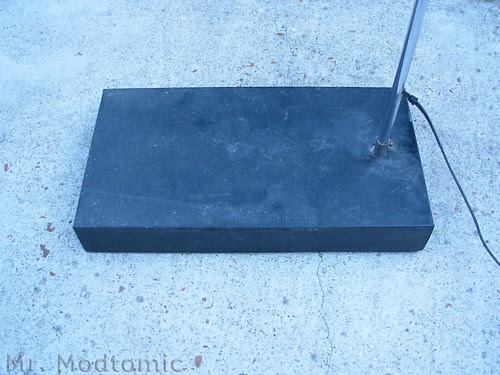 This first "arc" lamp is in pretty good condition. I managed to find two and a half of these style

lamps at the Wentzville flea market Sunday. While this one looks pretty good (the shade is a little

banged up but the chrome is in Really Good shape) the second one is kinda rough. The "Half" is

just the upper half of a lamp with a great shade but bad chrome on the arm. Maybe I'll paint the

"arm" black and sell it as a suspension lamp! 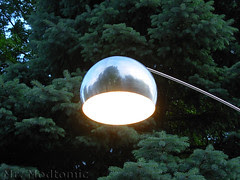 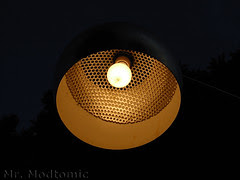 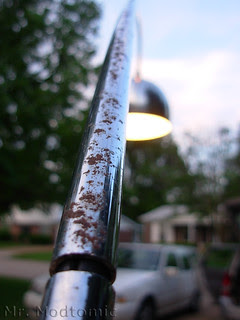 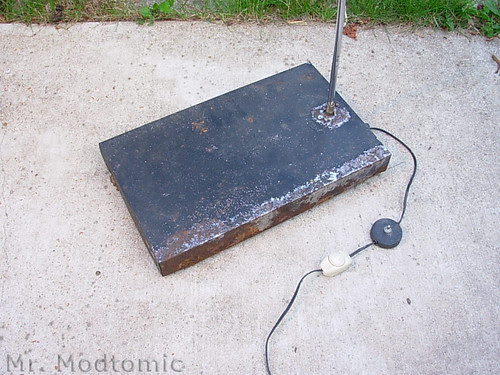 Yeah, this one is a little rough. But you gotta understand...they all three were a package deal and

it was truly priced flea market cheap! The chrome is corroded and pitted all along the spine of the

arm. I wonder how much it would cost to have the pieces re-chromed. Anybody ever attempted

such a thing? I know auto restorers get bumpers re-chromed all the time. Can't be All that big a

deal! The little dents in the shade can probably be massaged out and either painted or polished.

I'll probably try the polish first...if it doesn't work out, paint it is.
Posted by Mr. Modtomic at 2:51 AM