The Auction At Vandeventer Vintage Sunday. Did You Make It? Status: Lots Of Buyers. 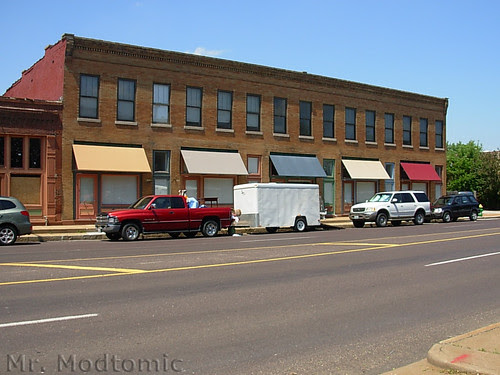 We got a late start this morning and scavenged the Wentzville Flea Market and in doing so almost missed the Vintage Modern Auction at Vandeventer Vintage. We still managed to miss maybe the first 20 minutes. I had already scored some good stuff at the flea market so I was set. I just wanted to see how it would go...and report to you!


I didn't bid on much, actually just one item: a floor lamp with a lucite table / magazine holder. I

only halfheartedly bid for it though and didn't win. But stuff was flying out the door and the auction

was over fairly quick. It was run very smoothly and professionally. Watch the short video below

to see what I mean.

Like I said, there were lots of buyers and they weren't shy. There were a few that were snatching

up piece after piece. And lots of the items were going for next to nothin'. Gus wasn't playing

around. No reserve means NO RESERVE...means any bids taken! Oddly enough there were

still some items that didn't get ANY BIDS! 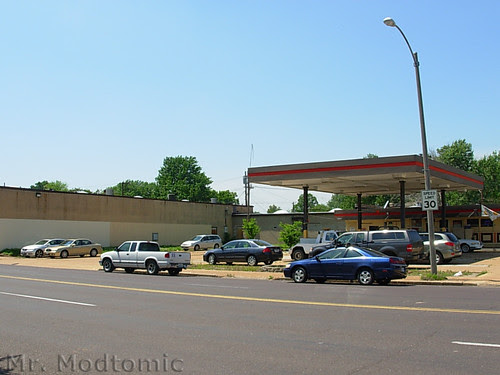 address numbers down the street only to be shooed off by the owner.  Why?  Beats me, but he

wasn't playing around.  He was calling a tow company to remove our cars!  Luckily one of his

ensued.  The auctioneer even paused long enough for everyone to move their cars. 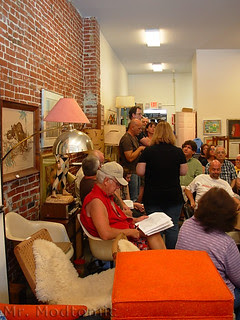 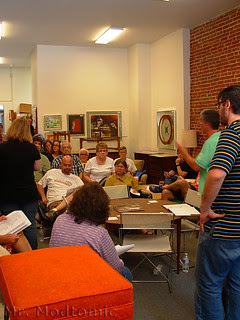 Inside, the party was packed.  Lots of buyers.  I'm hoping that this was a success for Gus.  Some

items sold for perhaps less than he paid for them and some items brought pretty big bids.  It's an

auction.  Pretty much what you'd expect.  I was hoping to score a set of Adrian Pearsall tables

but they got bid up pretty quick.  The McCobb buffet brought a pretty good price too.  I don't

remember the specifics.  But I do know that one particular StL area blogger got her pair of very

special chairs!  I hope to see this happen again in the future.  'Til then, looks like Gus will have to

restock the shop!  Might be a good time to stop by Vandeventer Vintage and see what's new!
Posted by Mr. Modtomic at 2:40 AM