While I Was Shooting Outside Over The Weekend I Thought I'd Knock Out A Few Pics Of These Vintage Polaroids. Status: Kinda Rough 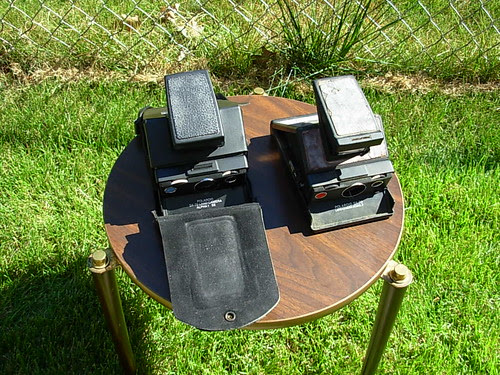 I picked these two SX 70 Polaroid cameras at two different roadside flea markets in North Carolina while on vacation. I know they aren't in great shape but I've seen some cool SX 70s that have been "redecorated".

There are all kinds of places to buy "skins" for your SX 70 camera, but I don't think you need to.

How hard could it be to cut these out yourself? I just have to figure out what material to use. I'd love

to some day get my near mint one up and running someday. 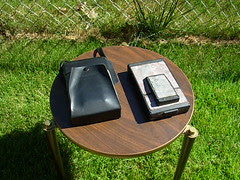 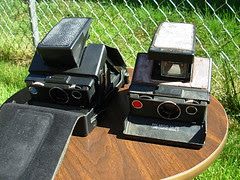 film packs that are still produced. Turns out the film that the SX 70 uses fell out of production a few

years ago. You can still buy film that is designed for some of the newer Polaroid cameras but it isn't

a direct fit into the SX 70 body and it takes exposure faster. 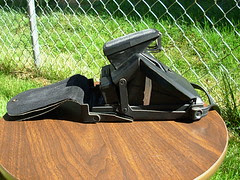 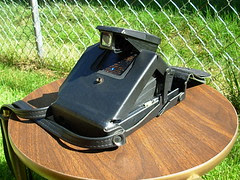 of the camera so that less light gets to the film during exposure. It's all pretty simple but then you

still have to order the film. It's not like you can get it at Walgreens anymore. I think someone should 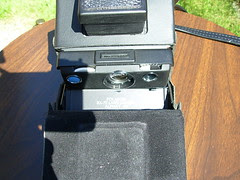 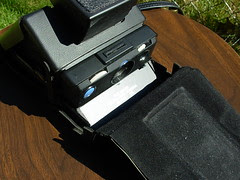 I've never seen a SX 70 with a case like this that stays on the camera after it is opened (deployed?).

in order to open and use it. I kinda like the black case. I'm glad it's in good usable shape (glad

something in this collection is usable!) 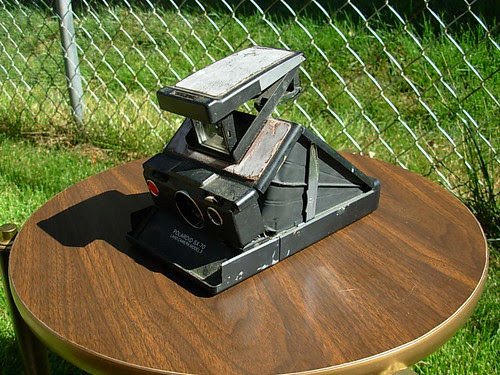 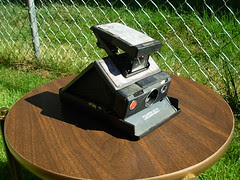 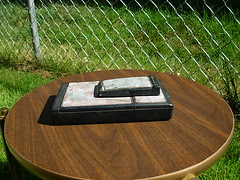 This last one is interesting in that the flash bar attaches to the top of the view finder...which is open

and does not get reflected down through the body of the camera. Huh. I just noticed this difference

this evening and thought that the view finder was just missing it's hood. Nope. Three different

cameras and three variations!
Posted by Mr. Modtomic at 2:38 AM