Wake Up All You Sleepy Morning People! It's An Estate Sale! Wanna Look Around Inside? Status: Man, Why Can't These Start At Noon? 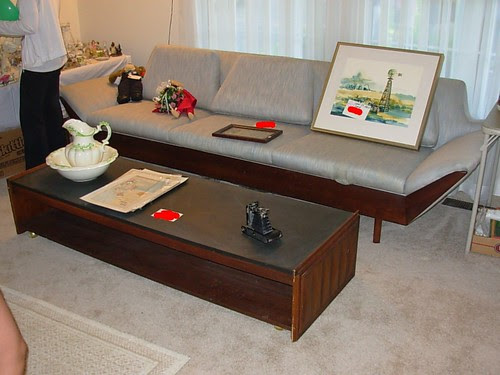 Getting up early on the weekend is just such torture! What's the big deal about starting at the crack of dawn? Actually, this sale started at 9am. I'm the crazy one, out there at dawn...angling to be first in line for that sofa.

The sellers must have caught a whiff of a little conversation some of us had over at Dana's blog:

Mid2Mod. Let it be known that I am not complaining about the surprisingly high asking price I found

on the sofa as I walked in, to tell the truth...I wasn't THAT enamored of the piece to begin with.

Illuminate was more interested than I and was maybe more disappointed. She had spotted the sofa

on the website and had asked me weeks ago if I wanted to go to the sale with her. I spotted the

chair featured yesterday on the sellers website and thought it might be worth a gamble. Turns out I

show up and she almost doesn't! The chair was reasonable enough to grab up without a second

thought but that sofa...I doubt it left the sale that Saturday. What do you think about it? Like it? No?

How much would you expect to pay for it at an estate sale? I'm just curious. 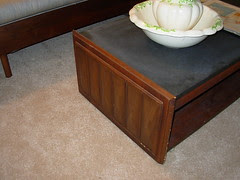 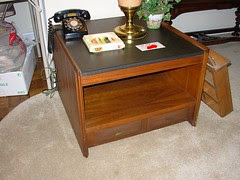 haven't picked them up there either. I guess that says something. I guess I don't dig them that

much. I have a feeling that these sold to a highest bid as well. They just aren't quite sensational

enough for most vintage modern buyers to pay a premium for. Again, wondering what you think 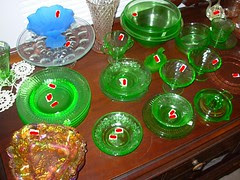 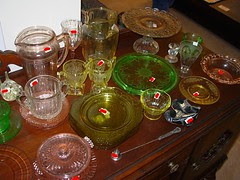 I do love depression / Vaseline glass! Did you know that it "glows" under a black light? I have a little

black light flash light that I should carry around with me to estate sales and thrift stores, but I always

forget. I love the stuff but I only collect it if it's a crazy good bargain. And I've already got a pretty 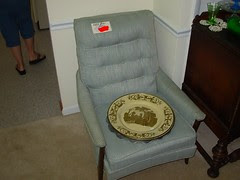 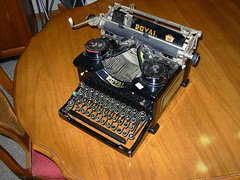 Hey! There's the new chair! And check out that Typewriter. It's so steampunk, no? Looks like a

selling for more? They are just so damn classy and really speak to a bygone era. How many great

novels have been put down of one of these or one very nearly like it? 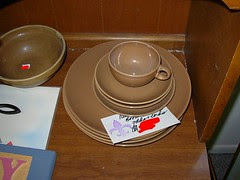 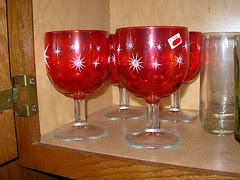 A little pile of Russel Wright Iroquois. It didn't come home with me. Too much. The ruby / starburst

chalices made the cut though. Aren't they just so awesome? There's a set of these that I've seen at

a shop in New Orleans many times and I've never been able to pull the trigger. Patience pays off 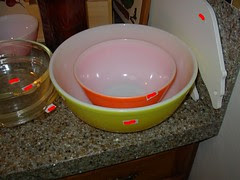 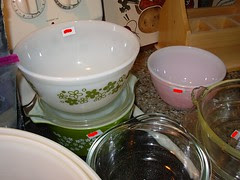 There was lots of Pyrex available but truthfully, it was priced at about what you'd pay for it at your

local antique mall. Most of these pics were taken about 20 minutes after the opening and well...alot

of the stuff is still there, right? Sundays might be a better day to hit this company's sales. 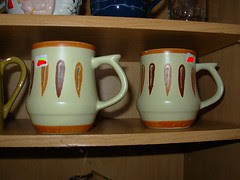 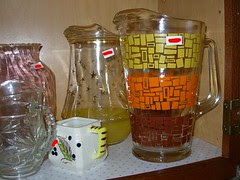 There were lots of interesting things in the cabinets. The pitcher with the yellow bottom and stars 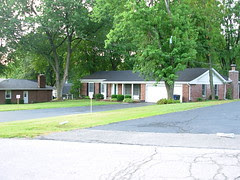 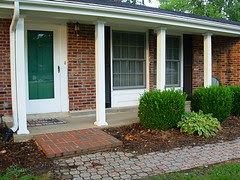 house. It was one of their grandparents home and I guess they bought it from the estate. It was a

beautiful home in a beautiful neighborhood filled with '60s ranch style homes. It's nice to see that

they haven't all been bulldozed for the McMansion crowd. The couple showed up about an hour

before the sale (I told ya I had gotten there early!) and were supposed to guide traffic. If you've

been to estate sales you know how crazy the traffic can be. Someone even banged their side view

getting out of them.
Posted by Mr. Modtomic at 2:39 AM