Been Getting Out To Your Estate Sales This Summer? I've Cut Way Back But Still Manage To Spend Way Too Much Time / Money At Them. Status: Pretty Great - Pretty Pricey 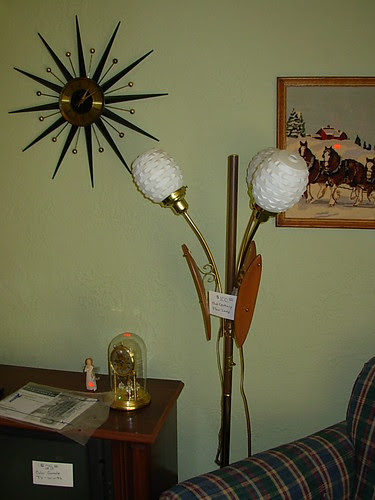 Mmmmm...seeing good stuff like this on the sellers website really wets the appetite! But it was a picture of one item in particular that had me waiting outside this sale 2 1/2 hours early to be first in the house!

Uuuunnnffortunately...the prices of the good stuff were not very inspiring. Turns out, I might not

have needed to get there so early. While I was sittin' in the car outside hours before the sale

opened, a guy in a truck pulled up next to me to berate the selling company for listing the

estate sale in the local paper as a yard sale. This probably pissed off a lot of people as while I

was sitting there in front of the house at least 20 cars slowly trolled by, turned around, trolled

by slowly again and then sped off to the next place on their list...probably in less than a happy

mood. The same guy berated the selling company for their high prices but I thought he was just

peeved about the miss communication. Maybe not. 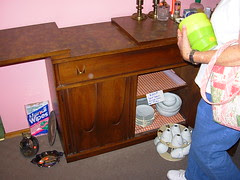 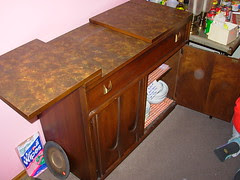 no no no...not this piece. Ugh...I (calmly...not like those scattering cockroaches) made my way

Brasilia (Bar?) Cabinet was waiting for me. I considered passing for a few minutes. At $180 it

wasn't your average estate sale bargain. My avarice won out in the end. I figured, even at

$180...when was I going to find another cabinet like this? Even after I snatched up the price tag

there were others asking how much it was. I don't think it would have lasted until 1/2 price 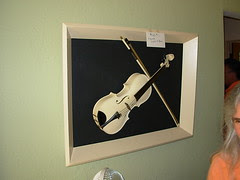 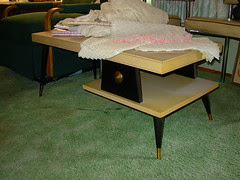 of the best items. My priorities were the Brasilia Cabinet, the Starburst clock (for Illuminate) and

the retro lamp you see in the opening picture. The clock was $40 and the lamp was an even

$100. I had to pass on the lamp and except for some salt and pepper shakers for the

Girlfriend...everything else. I just didn't have the cash to throw around. Lucky for somebody 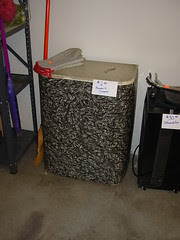 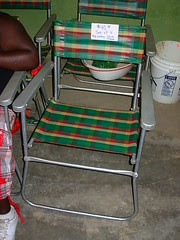 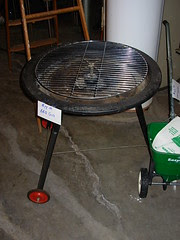 It was hard to leave behind the BBQ grill. It wasn't expensive but I just don't have room right

now for a bunch more crazy stuff. I've already got my fill of vintage lawn furniture so the 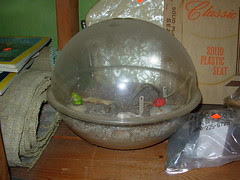 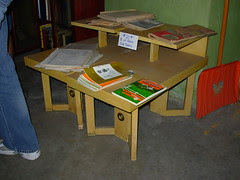 There were lots of interesting retro things in the basement. If you look behind the terrarium

above you see a Brand New In The Box "cracked ice" plastic toilet seat cover! I met a great and

interesting lady while poking around down here. We ended up talking for about a half an hour.

We both spotted the toilet seat cover about the same time. I told her to buy it...and if she didn't

I was gonna! She snatched it up! I hope she comment here sometime! I can't remember her

name but she seemed to be a kindred spirit. 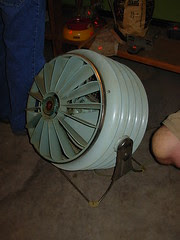 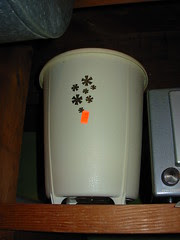 That fan was still in it's original box! AND it had a stand that you could mount it on. AND it was 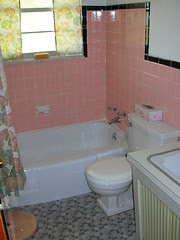 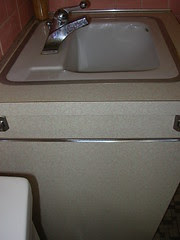 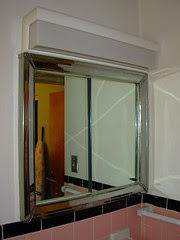 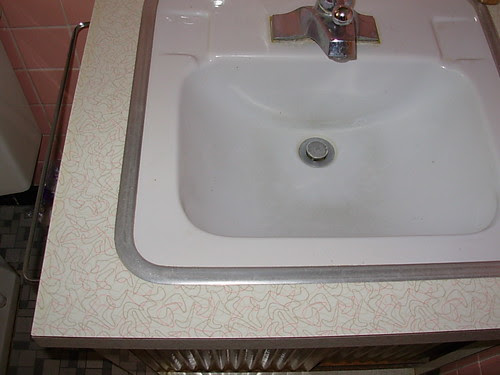 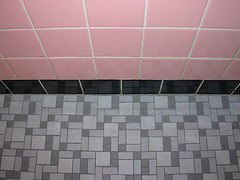 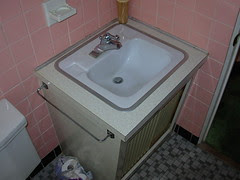 This is why I take the camera with me when I hit the estate sales. Sure...there's lots of cool stuff

for sale that I'm not gonna bring home that I'd like to share with ya's...but these original

bathrooms...they're probably going to be gutted just as soon as the house is sold. Such a

shame. It's so sad that so few people appreciate these original bathrooms. Contemporary 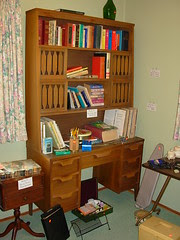 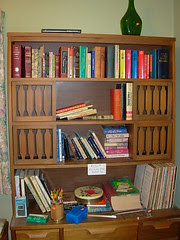 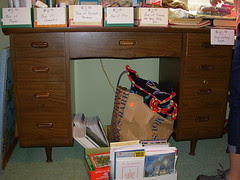 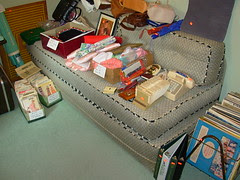 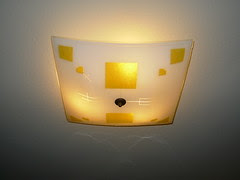 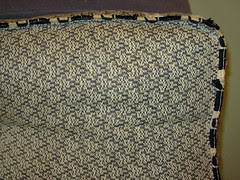 There were lot's of good things to be found in the spare bedroom / office. Two danish modern

desks with reasonable price tags were in here. Even the ceiling ligh cover was pretty cool! I

wasn't too sure about the daybed / sofa. There was a more danish modern looking one in the

have had a tough time getting it home. I passed. 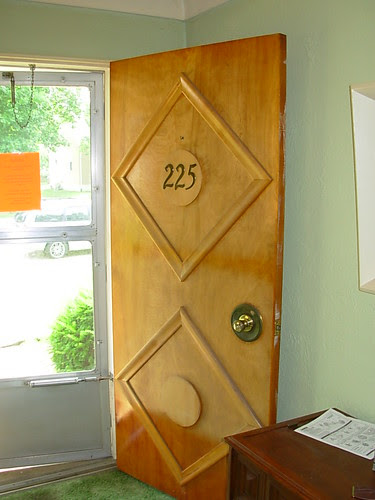 Even the front door was cool! It's pretty amazing what you can do with a little trim and some

imagination!
Posted by Mr. Modtomic at 2:16 AM