Another Mod "Live Edge" Coffee Table Mash-Up...Though This Time In Walnut Instead Of Cypress. This Was A Project Many Months In The Making. Status: Already Gone...From The New Place! 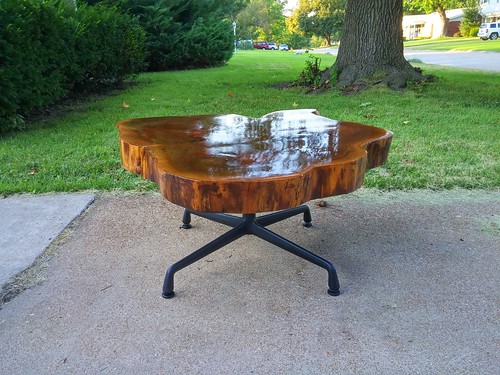 We spent our morning Saturday over at the Belleville Flea Market...but other than the powdered sugar from the funnel cake, I came home empty handed.  Where I DID find some cool stuff was the Litchfield Il. antique and flea market the previous weekend!

That big beautiful slab of live edge walnut was found at the once monthly Litchfield flea and antique market.  It was a stormy Sunday morning on the east side (of the big muddy Miss) and we weren't sure that the sale held on the streets of Litchfield would even happen.  It was dry and raining off and on when we arrived but the sellers had all arrived and were set up.  Turns out it was mostly dry so everybody who showed up ended up having a nice cool morning for buying and selling. 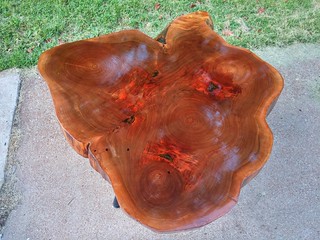 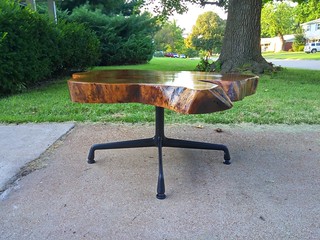 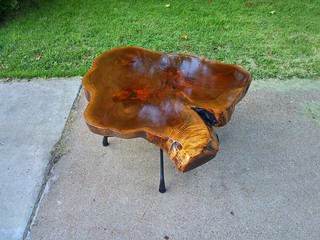 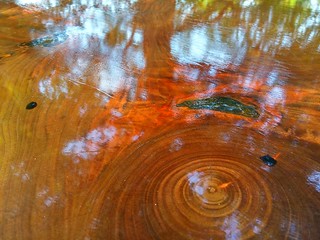 I had spotted this slab early on in our pickings but it didn't really grab me at first.  We perused the rest of the sale before I decided to take a second look at it, and when I did there was another buyer talking turkey with the seller.  For whatever reason the buyer walked away and that was all the invitation I needed!  After taking a second, closer look I realized that this beautifully figured crosscut would make a fine coffee table top...and that I already had a base that would do it justice. 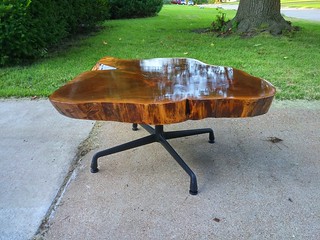 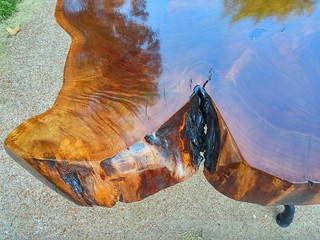 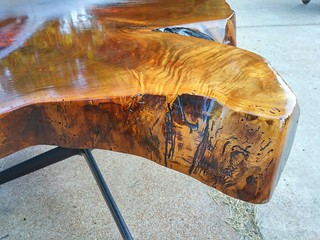 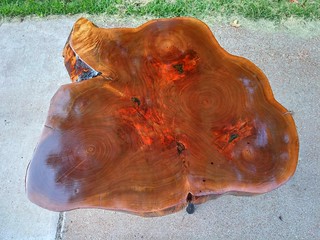 It took me a couple hours but I managed to cut down a Herman Miller / Eames dining table base (that I've had for ages!) to attach to the slab.  If there weren't a million of these tables (with less than gorgeous laminate tops), I'd feel a little guilty cutting them down to coffee table height...but since there are, I don't!  Oh, and big news...this beauty is now available in my new space at the new antique mall in St. Peters near Mid Rivers Mall called Time Machine Antique Mall!  I'll show you more later.
Posted by Mr. Modtomic at 9:48 PM