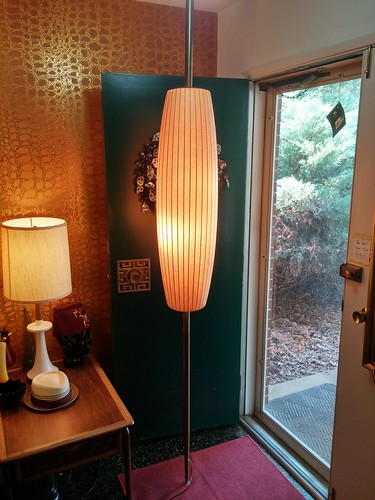 We picked up this fantastic piece of lighting over the weekend at an estate sale that the Girlfriend had been made aware of through a friend.  She actually spotted it first, but that's only because she went through the front door first. 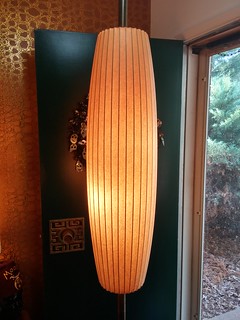 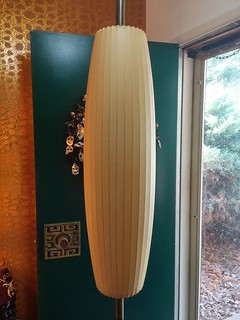 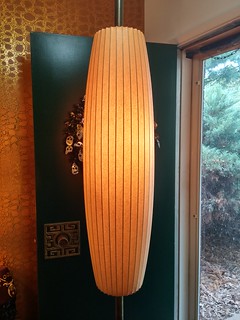 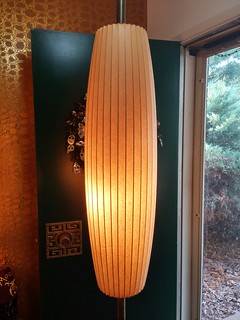 Having never owned a Nelson Bubble Lamp, I was unsure as to whether this unit was or was not a genuine article.  Not that it mattered.  It WAS coming home with us either way.  Alas, after talking to a friend in New Orleans about it while at work last night and setting it up this morning, I did a little research and found that the details just aren't there for it to be a Nelson. 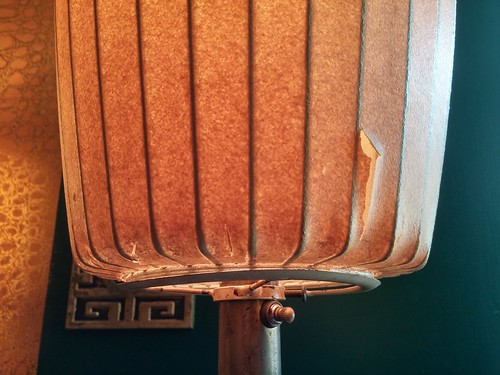 It wouldn't matter either way since the Girlfriend has claimed it for her own.  I'm finding myself relieved that it turned out to be a knockoff!  Still, I think it's about the coolest tension pole lamp that I've ever seen.  Speaking of ever seeing something like this...have You ever seen one of these before?  Can anybody out there find another example on the web?  I have yet to find one. 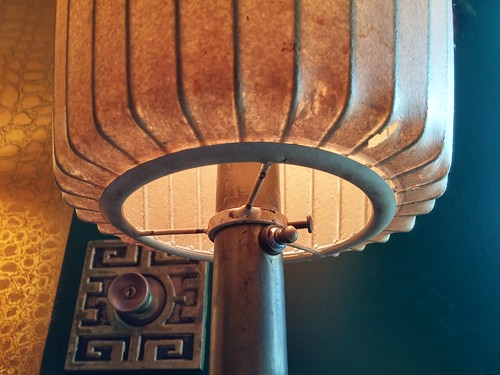 Yeah, there's a little damage to the shade along the bottom, but that can be (and has been) turned toward the wall where nobody's gonna be lookin' anyway.  And this might be a different material than that which you'd find on the real deal.  It's kinda latex rubbery.  I get the feeling that if I wanted to, I could probably fix the damage you see here. 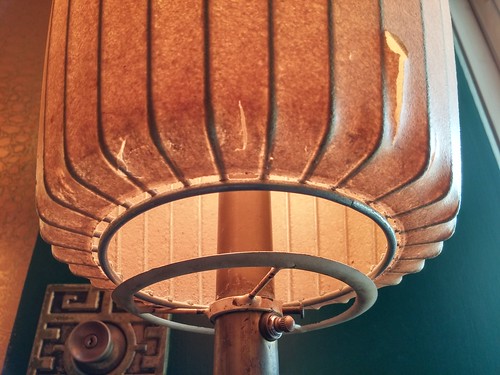 It even came with two working vintage (incandescent) bulbs, though I pulled those out and replaced them straight away with much cooler burning Compact Florescent bulbs.  Through the shade they look just about the same and replacing them (which isn't all that easy cuz of the weird tall shade) won't be necessary as often.  Plus they're 13 watters so we can just leave them on all the time for mood lighting. 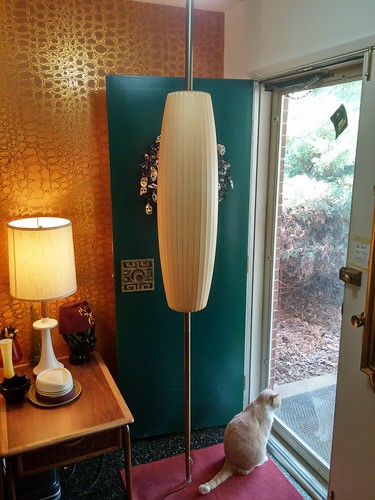 Despite McDuff's apparent disdain for the pole lamp, I'm pretty sure he approves.  He has a hard time showing any affection for anything that he can curl up on or in.  Cats...
Posted by Mr. Modtomic at 12:22 AM