Another Domino Mobler Teak Desk? Why Yes...Yes Indeed! I Can't Pass Up An Opportunity To Drop One Of These Fantastic Teak Beauties In My Booth At The Antique Mall Of Creve Coeur. Status: Available 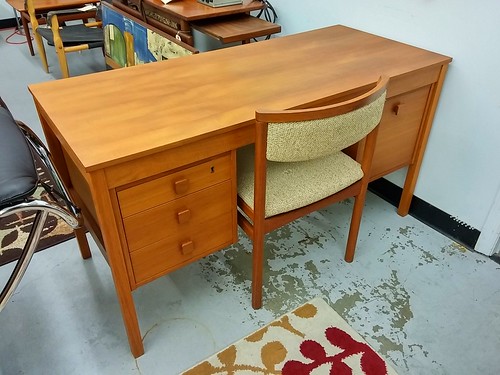 A sizable hole opened up in my booth a couple of weeks ago and up until this weekend I've been unable to fill it.  But, as we all know...when it rains - it pours!  And rain & pour it did today while unloading Frank! 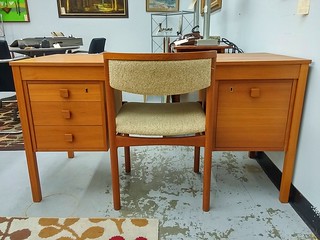 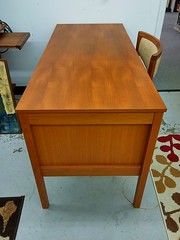 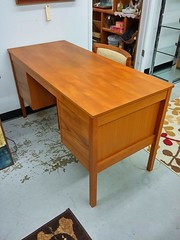 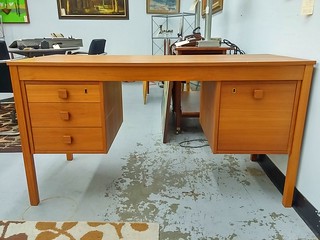 Actually, I was able to drop off this Domino Mobler desk and teak SAX chair Friday before work, but I did have to unload a bunch of other stuff this morning.  It was a challenge to do so without soaking everything.  This made it in dry as a bone though, no problem.  Luckily it needed nothing more than a light dusting to be ready for a new home. 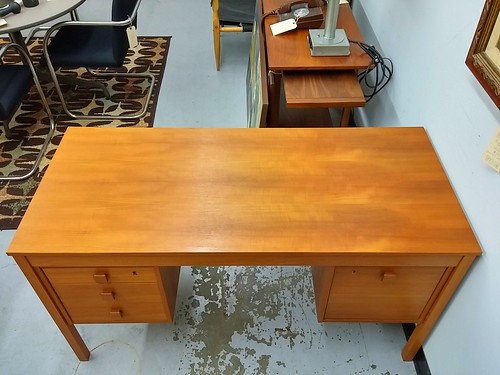 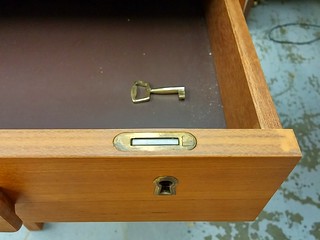 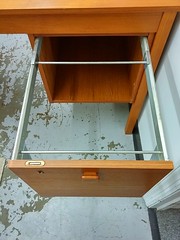 Unlike the previous Domino desk I offered here in my booth at Creve Coeur, this one has three drawers on one side and a single deep file "drawer" on the other, AND I've got the key to lock it up, too!  Also, I've got a nice matching teak chair by SAX that goes with the desk.  I've never come across a chair by SAX before, but it is a stylish and well constructed piece.  Sadly, there is a hole in the seat fabric, though it is hard to see. 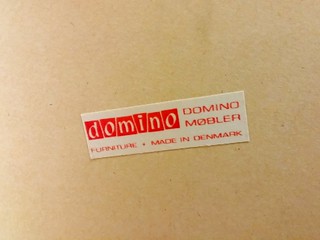 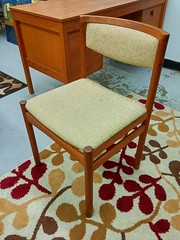 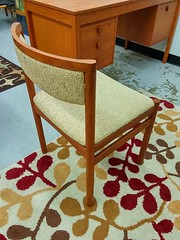 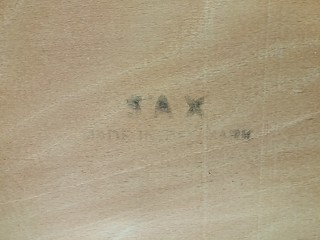 So yes, in case you were wondering, I am still vending at The Antique Mall of Creve Coeur as well as The Green Shag Market even though I just opened up a booth in St. Peters at The Time Machine Antique Mall.  Yes, apparently I am a gluten for punishment.  All three are within 25 minutes of home though...and EVERYTHING in (greater) St. Louis is at least 20 minutes away anyway.  This means though, that I have a presence in the downtown / southside area, the inner suburbs and now, the new outer suburbs.  I'd like to say it was all planned...but I am not that ingenious, just lucky!
Posted by Mr. Modtomic at 11:09 PM