Say, Remember That Canadian Made - Danish Modern Bedroom Suite That I Featured Here A Couple Months Ago? I've Got Another Set By The Same Company With An Even MORE Engaging Style. Status: Already Gone. 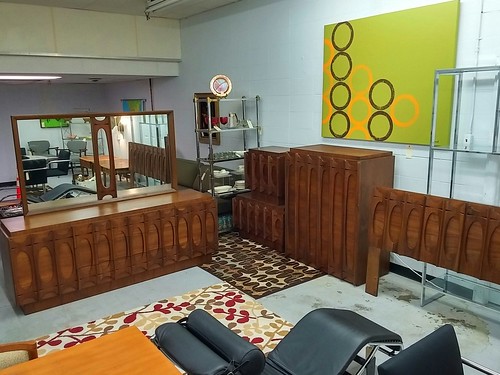 You might recall the "Cana-Danish Modern" bedroom set that I featured here back in March.  That set caused quite an uproar with a local buyer who missed buying the set and was quite "vocal" about it, but this set was procured with much less drama. 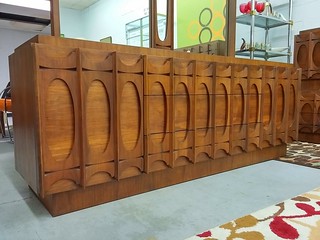 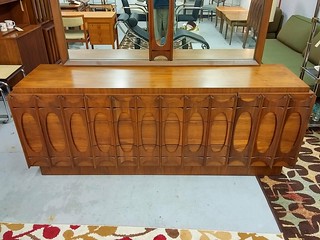 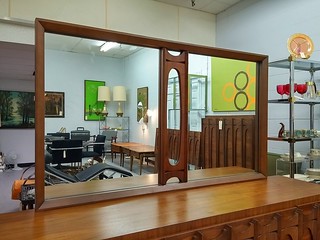 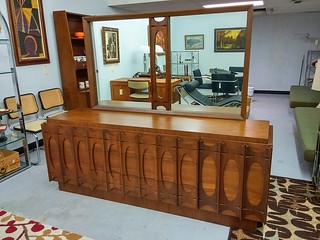 Actually, I don't really know if there's as much drama out there concerning my procurement of this set since after that last spat with unhappy commenters I had to enable comment moderation.  After doing so, comments dropped off quite a bit...but it had to be done.  The vitriol was getting personal and there just was no reasoning with or pleasing some people.  So, for those of you who would otherwise like to comment, but are put off by moderation...sorry, bad apples just gotta mess it up for everybody. 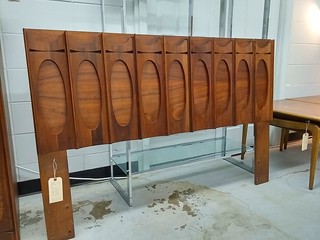 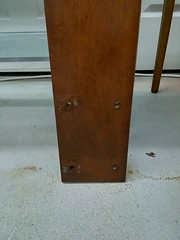 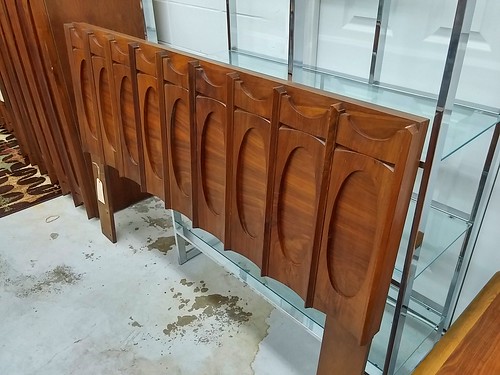 The previous set was nice, but, unlike this set, it didn't have a matching Queen or Full size headboard!  And since this is all available separately or as a suite, the pieces can be mixed and matched.  Don't need the 9 drawer dresser shown above?  Leave it behind and take the rest!  The dresser is the only piece with any real damage too.  It's right door was opened too far at some point, breaking it's hinges free and taking a piece of the right side veneer with it.  It's been inexpertly repaired, but it works.  Sadly, it could have been repaired so as to be almost invisible very easily...but that's how it goes sometimes. 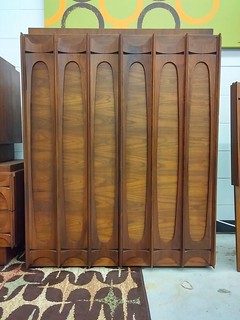 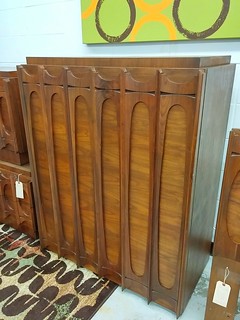 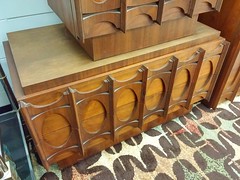 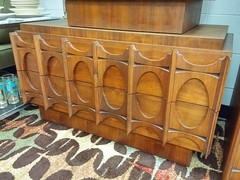 This 2 piece armoire is a beast.  When I put it in the booth I just didn't have the energy to put the large top back on the base.  I like the idea that a TV could be placed on the base and the topper could be used for media storage in another part of the room.  With the top in place, it's quite an impressive piece.  At least it IS a 2 piece unit.  So much easier to move than the tall 1 piece unit that was part of the previous set! 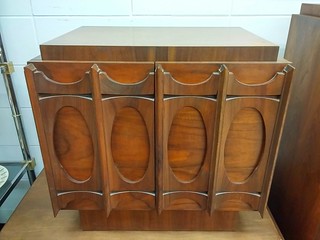 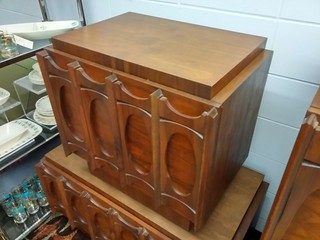 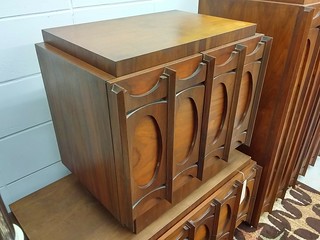 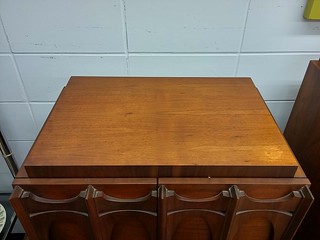 And here's the single nightstand.  I'm big fan of pairs of nightstands but I guess that just isn't a big thing.  I would figure that both parties in the bedroom would need one for a lamp and a place to set their book or whatever before hitting the hay.  Maybe I'm just weird like that.  Plus, I like things to be symmetrical and balanced.  But I guess if you just ain't got the room, you just ain't got the room...right?  It took me two days, but I managed to get this all in my booth / room at The Antique Mall of Creve Coeur...along with the Domino Mobler desk I featured a few days ago.  Two long days of big heavy furniture moving!  What a weekend!
Posted by Mr. Modtomic at 1:36 AM