On Our First Day Here In New Orleans This Trip We Took A Moment To Stop By MCM Furnishings On Oak Street. It's A Small Joint With A Big Heart In An Upcoming Neighborhood. Status: Perused. 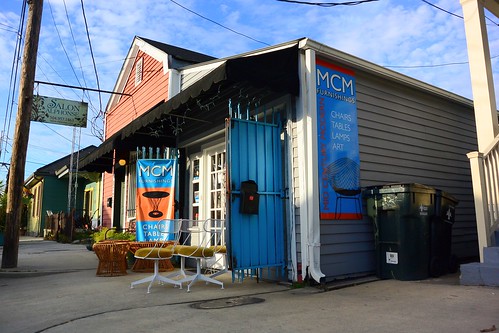 You just gotta admire the entrepreneurial spirit of folks who have jumped right in and opened up a bricks and mortar...or frame and siding, as the case may be.  Mr. M has always been too cautious to give it a go (but also has it TOO good at Creve Coeur and The Shag!).   MCM Furnishings is a little off the beaten path but worth dropping by. 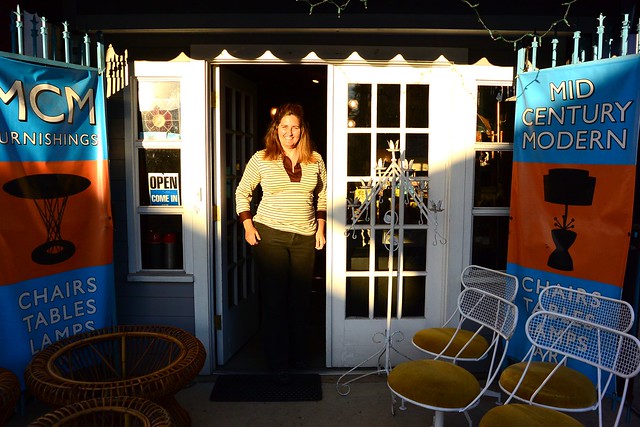 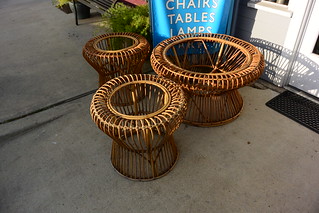 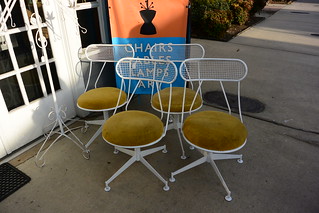 If you've read Mr. Modtomic for any length of time, you know that I can appreciate a bargain...and by

association, I can guess that you do too.  This is the kind of place where we feel most comfortable.

Sure, you're not likely to find the highest end items here at MCM Furnishings, but you'll probably

find what you need and be able to afford to haul it home with you that day. 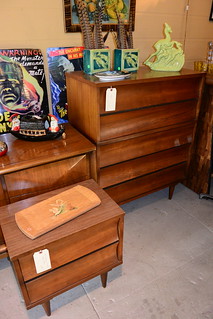 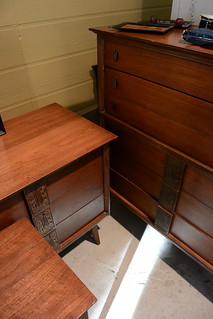 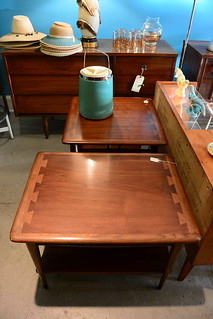 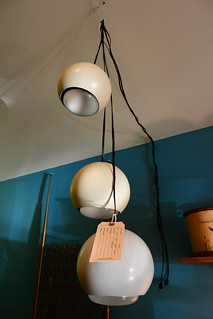 anybody, but at the end of the day I'm probably not going to be able to justify handing over the hard

earned cash for much of anything.  The pieces that you're likely to find at MCM Furnishings may not

be 100% perfect, but they'll have style and character.  Some of them will just need a little love and a

good polish to be near (enough, for us!) perfect. 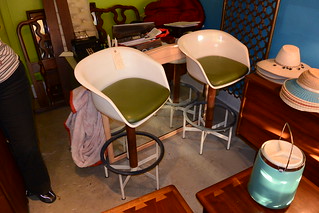 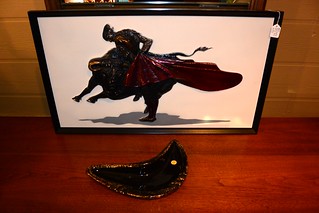 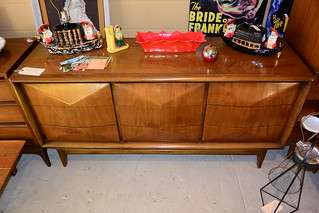 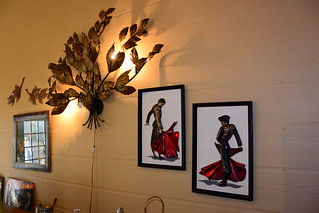 Now, you know I'm not driving Ten hours to New Orleans to shop for stuff to bring back home to St.

Louis, but she has a Dunbar / Wormley coffee table in here (that somehow I failed to shoot a photo of

[???]) for pretty darn cheap.  Yes, it is need of some cleanup and one of the hoop legs needs some

structural repair...but these go for WAY more than the asking here.  I just about nabbed it up for 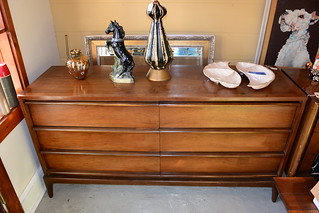 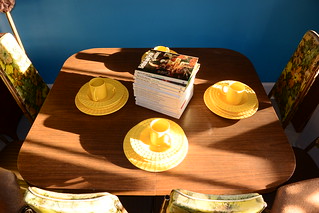 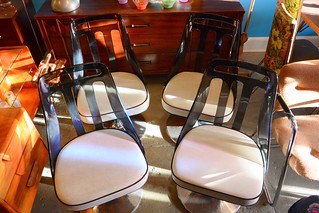 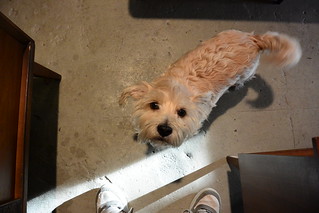 Two words: Shop Doggie!  It's New Orleans, of course there's a shop pooch!  The cynical part of me

says it's such a great marketing ploy.  Nothing breaks the ice like a cute puppy and gets you taking,

except maybe free shots of tequila (I'm thinking of YOU Orange Moon!), but in truth it probably gets

is probably a good idea. 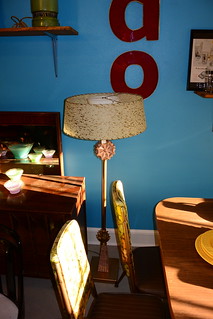 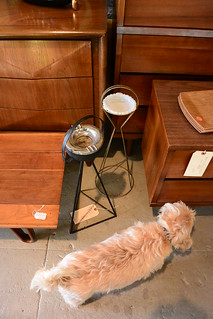 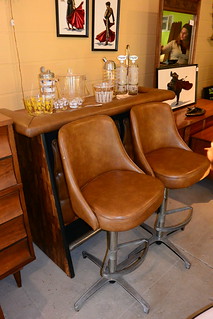 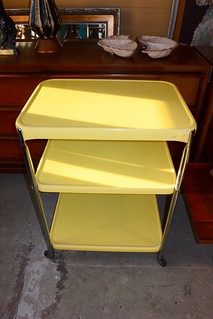 So, while I fully recommend visiting MCM Furnishings alone, the best part is that you'll be right on

the outside edge of the Oak Street shopping district.  It's a small couple of blocks of independent

shops and restaurants that you'll probably love and spend at least few hours browsing in.  We shopped

at Rabbit Ears (where I DID end up leaving with a bargain to bring home...couldn't help myself!), the

(finally, after two other failed attempts!).  There's more to New Orleans than The French Quarter and 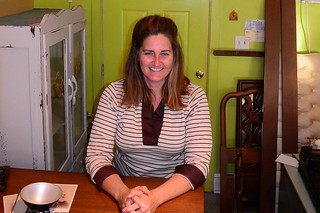 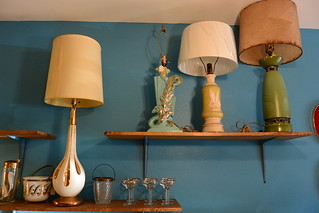 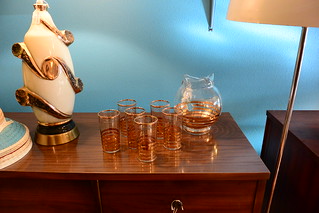 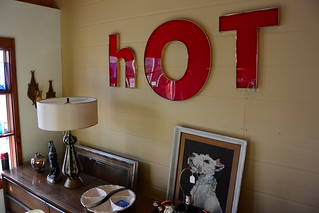