Our Good Friend Illuminate Nabbed This Collection Of Blue Heaven Dishes For Me A While Back And I Just Now Got Around To Unpackaging Them. It's An Unussual Set, But That's What You Get When You Shop Second Hand...Right?! Status: Collected. 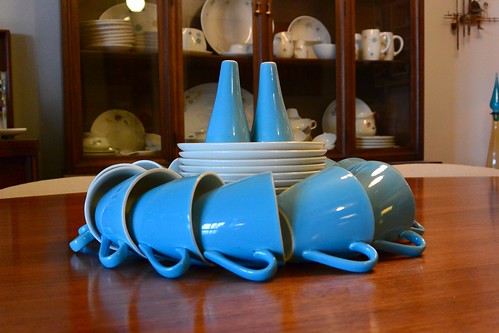 Illuminate came by for our annual Nightmare Before Christmas party and brought with her 3 bags from the Goodwill.  I remember her texting me about some Blue Heaven she had spotted at a thrift a while back but had forgotten all about it.  What a strange "set". 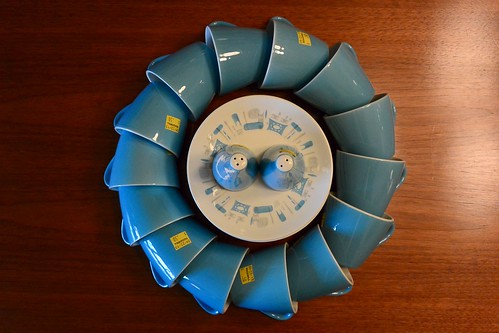 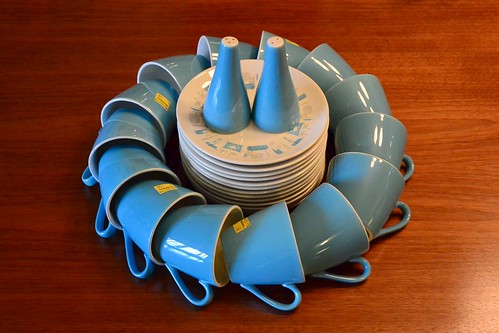 Those bags where like a clown car!  I just kept reaching in and pulling out more and more coffee

cups.  At least they weren't tea cups.  I've probably got enough of those in Every pattern I collect.

But coffee cups, everybody still uses coffee cups...right?  And small plates?  Great for a sandwich or

a your toaster strudel.  But where were the dinner plates?  My guess is they had already been

snatched up.  No problem, I loves me some Blue Heaven no matter what. 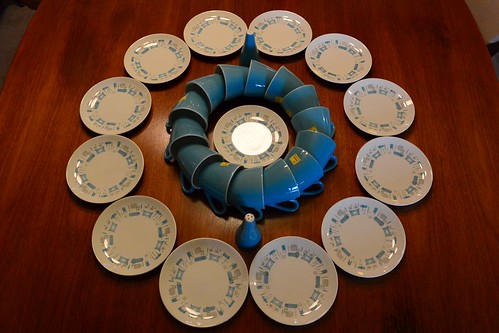 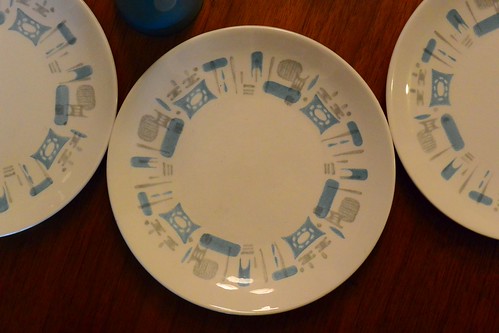 I just Know the Girlfriend is gonna want to abscond with the salt and pepper shakers as is her wont.

She's probably already got a set just like these but she'll be wanting them anyway!  I don't know which

is harder to find 'round here; the Royal China Blue Heaven pattern or the Salem North Star.  In my

book they area pretty much equal in desirability.  Neither will supplant my Franciscan Starburst

though!  Odd that I've had an easier time building my stellar collection of that than either the North Star