Don't It Just Feel So Good When You Finally Check Off A Long Searched For Item That's Been Haunting Your Wanted List? These Donald Deskey Andirons Have Finally Given Our Built In Fireplace The Vintage Modern Touch It Sorely Needed. Status: Mine. 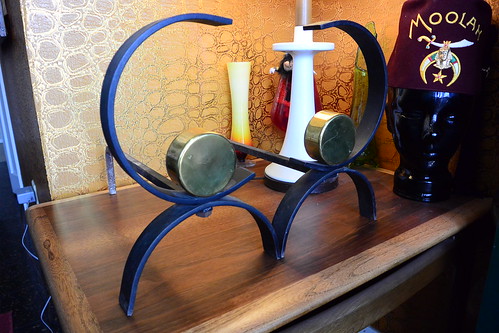 In the strictest definition andirons are used to hold firewood up off the hearth floor and to prevent the logs from escaping out of the front of the fireplace upon shifting during burning.  While yes, this pair of Donald Deskey designed andirons could do all of that, their purpose is much more in the vein of aesthetics.

INVENTED industrial design.  Period.  But this ain't no history lesson.  This is about the acquisition

of amazing and beautiful items.  This particular find has a slightly different story than most of the 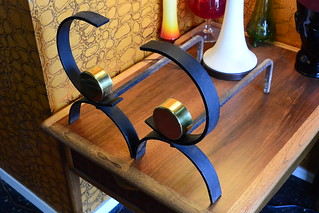 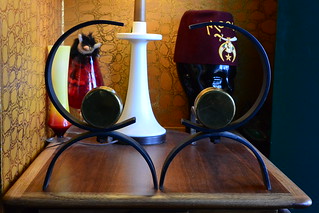 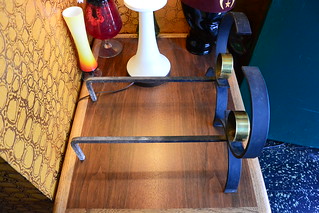 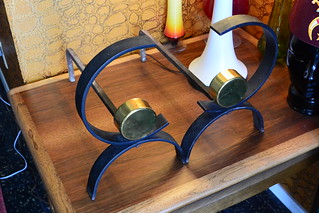 These were actually available for months in another booth at The Green Shag Antique Mall.  I have

been considering their purchase on and off since first spotting them.  What finally happened was I

contacted Hannah (since I though they were hers) about making some sort of trade.  Turns out they

weren't hers but her partners.  Was he interested in a trade?  Turns out he was! 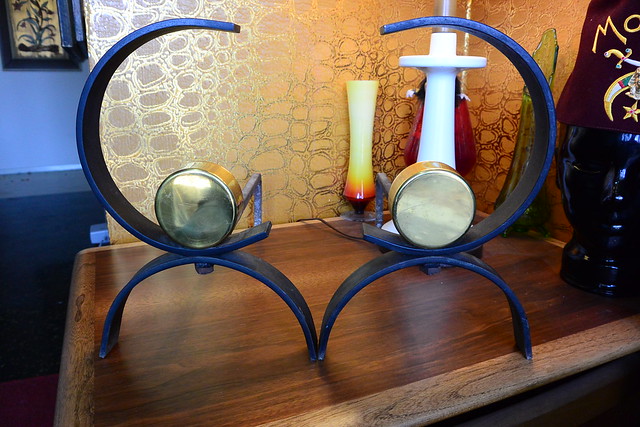 You remember that cool chrome floor lamp that I've had available in my booth for a while?  It go bye

much more "vintage modern".  Is it more sad how few people would actually care about something

like this or how much it means to me to have andirons that aren't traditional?
Posted by Mr. Modtomic at 2:43 AM