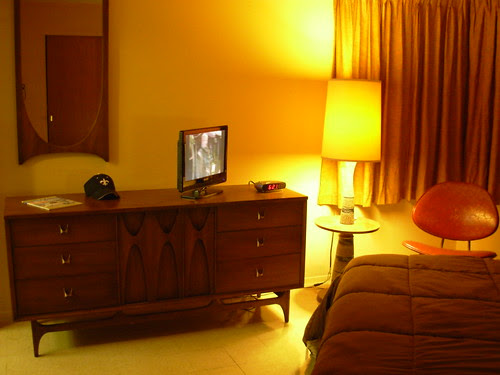 This all started when my girlfriend bought and moved into this 1965 Ranch... of Sixties modern or danish modern. So we needed a formal dining room set, you

know...for the formal dining room! Gotta fill it with SOMETHING! We looked around

C-list. I had seen some info on this Broyhill Brasilia stuff on the

Retrorenovation.com site a while back so I decided to show her that. 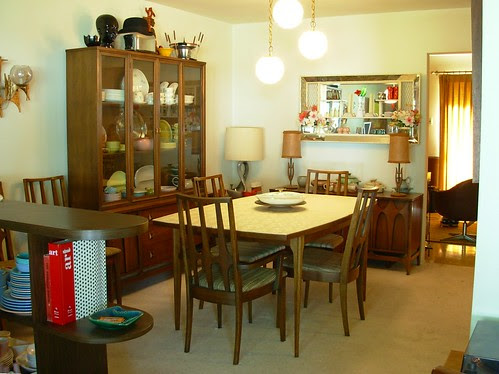 I myself wasn't too fond of it (YET!), but I had never really had a reason to

consider it before. After a few moments of perusal, we both agreed that it would

suit the house better than just about anything we had found thus far. 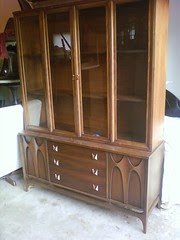 Within a week she was texting me from the Salvation Army thrift store. Her- "Found

what might be Brasilia dresser." Me- "send me a pic." Yup, a nice long low nine

dresser we still use today. I've since gone through 4 others. To make a long story

short, within a month we had the bed, night stand, complete dining suite, another

night stand and a whole lot of extras to get rid of. 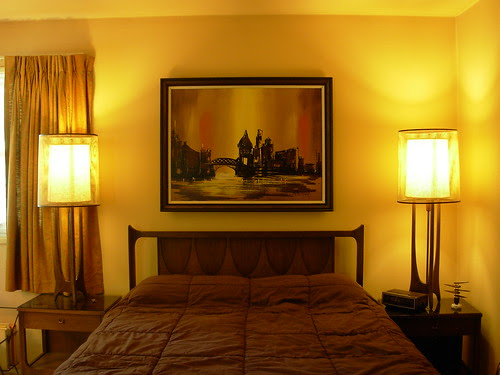 As of tomorrow I won't have even one piece of Brasilia available. That is saying

something as I've gone through two bedrooms and two dining rooms! 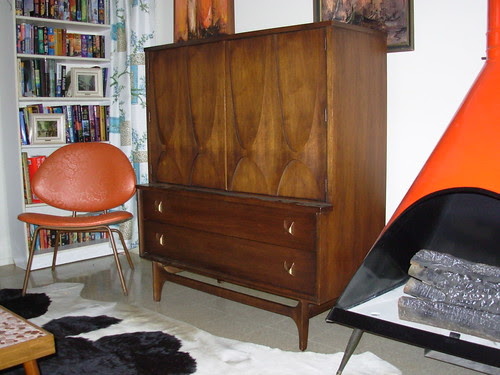