I Had Friday Off Work And Took The Opportunity To Check A Half Dozen Or So Thrifts, Coming Home Mostly Empty Handed. Then Saturday I Tried The Estate Sale Scene And Scored A Little, But Sunday Was The REAL Breaking Of The Ice. Status: Available. 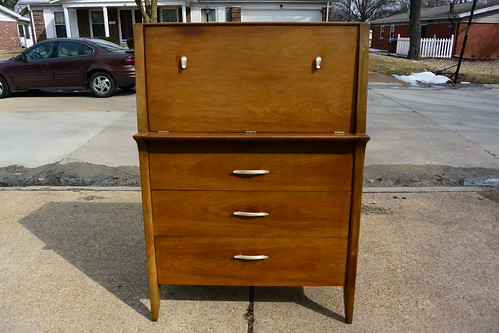 It's been ages since the last time I picked up some nice bedroom pieces and even longer since finding any Drexel to offer in either of the booths.  I've been itching to get some dressers and chests in the both and this Drexel Profile chest is perfect since it can be either a chest of drawers OR a dining room bar! 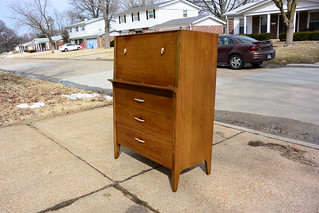 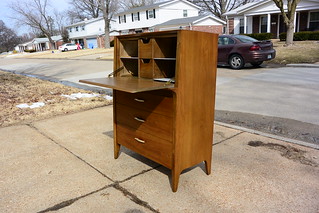 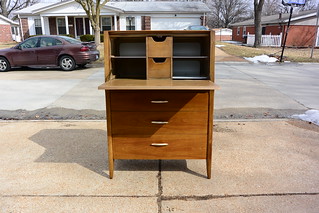 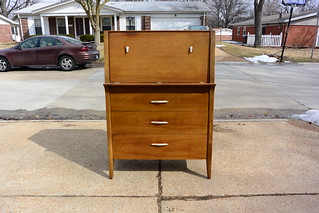 Now, I love the idea of making this a place of fun and free flowing libations...but I guess for those

who procreate it could be used as a baby changing station.  For those who actually want to

desk, which it was maybe it's supposed to be.  Who knows. 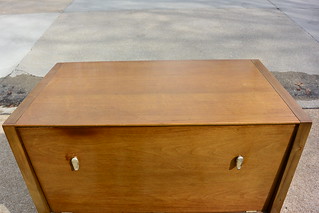 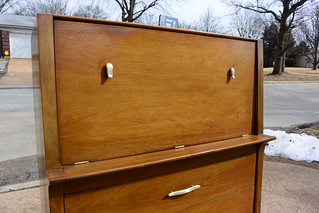 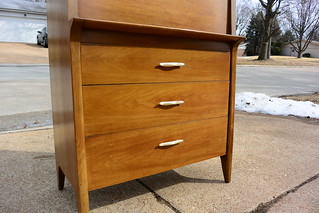 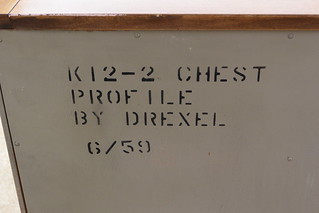 It's uncanny how just as the weather broke this weekend (Ohhhh...it was SO Nice), the goods started

flowing as well.  OK, Friday kinda sucked since I spent so much time and gas scoring very little, but

spring.  Then Sunday morning, craigslist came back to life and I managed to score four great chairs

and this John Van Koert chest all in the course of two hours! 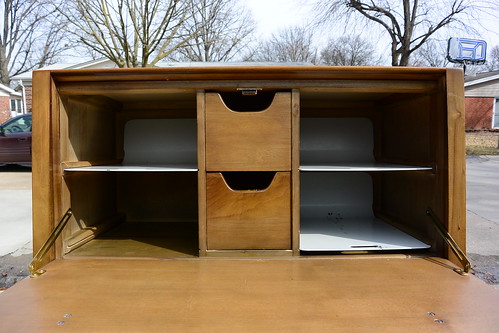 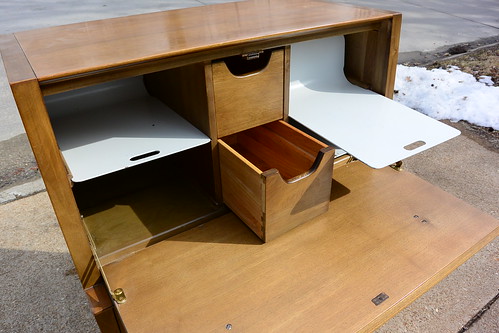 So what do you think?  The previous owner thought those slide out trays might be for shoes.  Kinda

makes sense.  The two middle drawers could be for socks.  I don't know why anybody would want to

keep shoes in a dresser...but OK!  Personally, I think that the trays should be pulled and stored so that

a couple of bottles and some barware could be displayed here.  You could even install some under-

cabinet lighting to liven things up, though after a couple of tequila shots I don't know how much

things will need livening?!  Anyway, this beautiful chest will be available at The Antique Mall of

Creve Coeur Monday afternoon.  Drop by and give a look if you think you might be in need.
Posted by Mr. Modtomic at 11:22 PM