Years In The Making And It's Finally Here! This Classically Beautiful Maison Jansen Rocking Chair Was A Wreck When I Found It In Kansas City, But A Quick Polish Of The Chrome And A Long Stay With Mr. Swift The Upholsterer For The Seating Surfaces Breathed New Life Into This Formerly Forlon Gem. Status: Available. 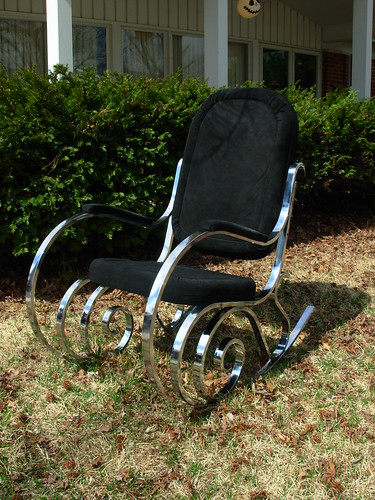 To me there is nothing so cool as a classic that has been thoroughly messed with.  Remember Falco?  You know...Rock Me Amadeus!  OK, maybe that wasn't a great example...but you know what I mean! 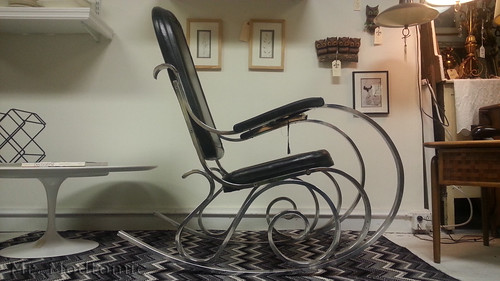 It's a rocking chair design that EVERYBODY has seen a million times, right?  But to have the

when I picked it up a couple of years ago. 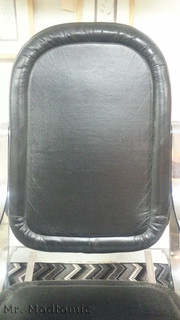 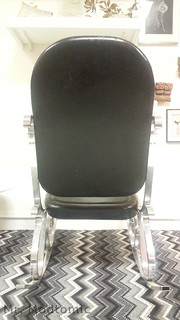 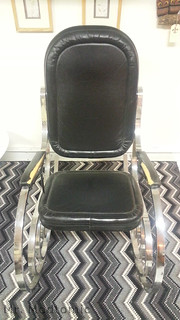 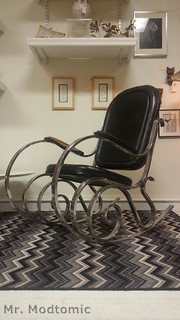 soon as I got in back home from a road trip to KC.  I was actually happy that the upholstery was shot 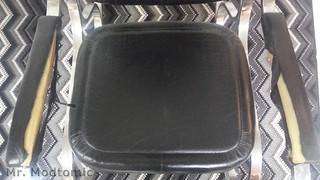 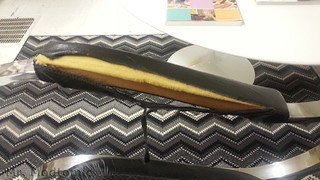 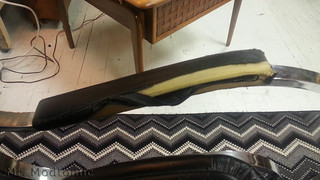 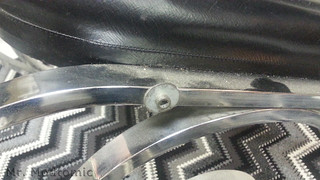 I had no real plan in mind or idea what I was going to do with this when I got it, but somewhere

of black suede hides and well...you can guess where that lead.  So I dropped off the pads and hides

with Jeff and told him to take his time, no rush.  I had plenty else to keep me busy.  Then a couple

months back he asked me to pick up the finished product.  I still hadn't cleaned up the chrome bits! 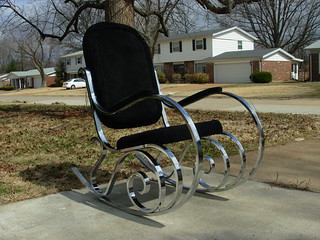 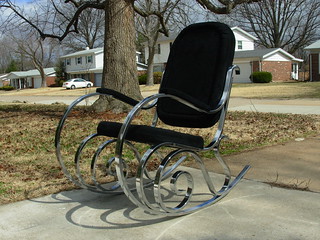 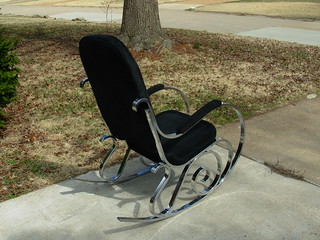 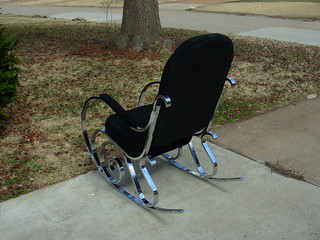 especially given the paltry amount of suede left over.  So little that I was fairly embarrassed when he

handed it back to me in a tiny bag.  It must have been a real challenge to pull this off.  But for real, if

you need something re-upholstered, and you can convince him to do it...Jeff's your man. 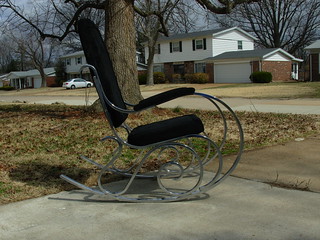 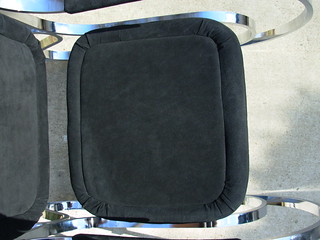 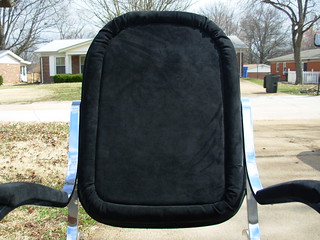 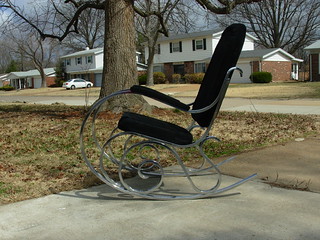 under it.  I was lucky enough to find the sleeve (that the washer was being used to replace) still

rattling around inside the rocker's leg.  In fact, the only thing missing is one end cap, and I just don't

have any idea where one might locate one of those.  Still, after cleaning all the dirt, dust and debris

off the chrome and re-assembling the chair...oh man does it look good!  Some might even say, sexy! 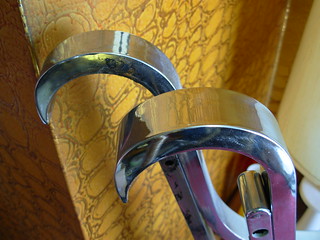 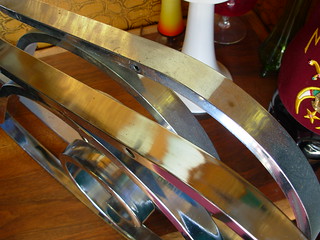 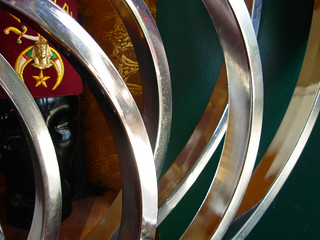 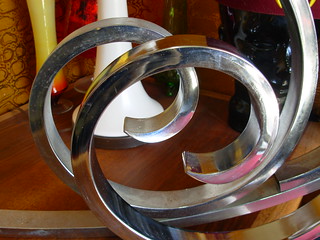 Here's a little before and after of the chrome bits.  It took a little elbow grease and some 0000 steel

wool but they turned out really nice.  Not too shabby for a 500 mile round trip, a couple of years wait,

a Christmas trip to New Orleans, a few months in the shop and a couple days polishing!  Well, it

wasn't much of a plan, but it's nice that it all finally came together.  And now it's available.  It only

took forever!
Posted by Mr. Modtomic at 2:21 AM