Out And About Today To Pick Up Some Craigslist Goodies, I Stopped By A Couple Of Thrifts And Found This Cool Retro TV Lamp And A Weird Bit Of PC Electronica. Status: Strange Blog-fellows / lamp = GONE. 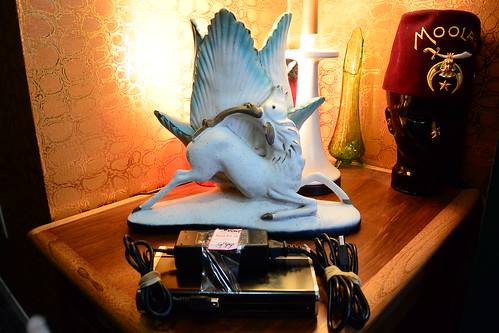 This vintage TV lamp really isn't Modern or Atomic...but it is Retro, and we do Retro around these here parts.  The mysterious black box...well, it'd be a mystery then wouldn't it? 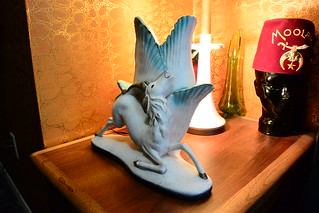 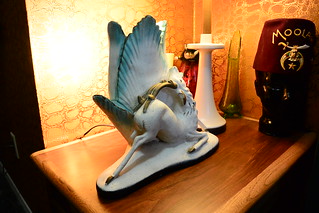 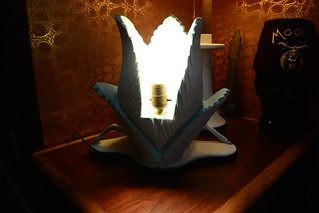 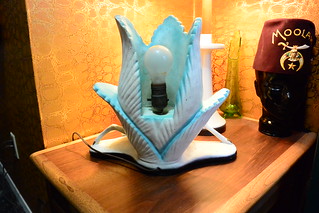 I'm on the weird shift this week where in I don't have to be at work until early evening.  This leaves

me with a bit of daylight to do some running around, getting up to who knows what.  Today I had to

drive way out to nearly Troy MO to pick up some stuff that we'll check out later, but on the way

home I stopped at just about every thrift (and a Smash Burger...yum) that I could think of.  Part of

that yield?  This Retro TV lamp. 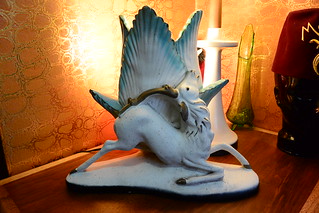 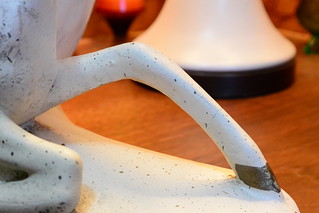 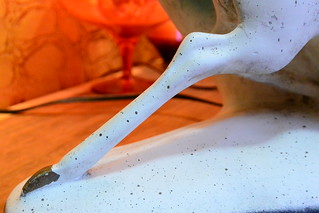 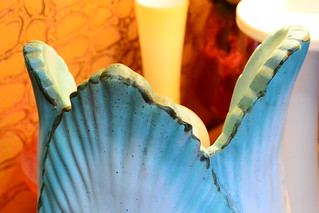 At first I thought it was completely damage free, but upon closer inspection here at home I did

manage to spot the one chip on the ear.  It's hardly noticeable.  Still, that all the other Very delicate

pretty much what it is...right?  I think it's chalkware, but it's very heavy and I though chalkware was

less dense.  In any event, it'll be available just as soon as I can tag it up and drop it off. 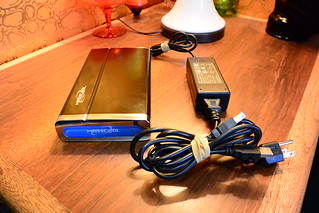 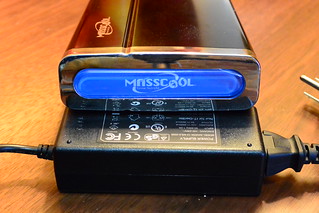 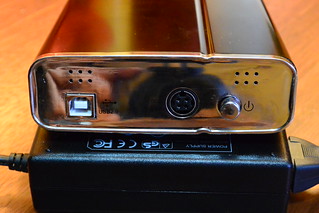 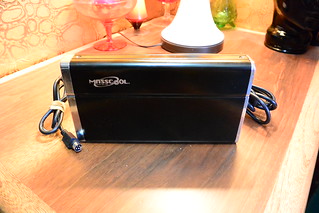 This little box of magic intrigued me enough to pry $10 out of my pocket at the Salvation Army.

After exhaustive (5 minutes) research, I found out that it's an 80 Gigabyte stand alone hard drive.  I

haven't attached it to any of my computers yet, but I did plug it in and the hard drive spools up and

the blue light on the end that says "MassCool" illuminates, so that bodes well.  I will admit, I'm kinda

frightened about what might be on this hard drive though.  I'd hate to give any of my PCs the cooties

from a cheap thrift store mystery box.
Posted by Mr. Modtomic at 4:09 AM