I Know It Seems A Strange Thing To Complain About, But Am I Cursed To Find Odd Number Sets?! Then Again, Do You Think I Thought About Leaving Even ONE Of These Early Bertoia Side Chairs Behind? Status: Restore / Flip? 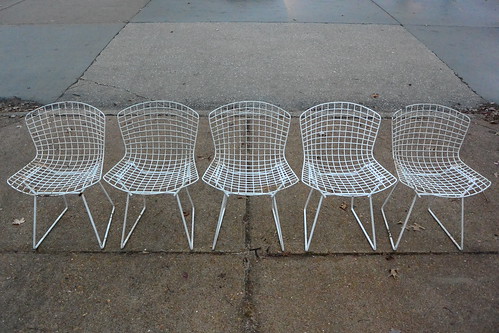 What a crumby day to shoot blog pics.  At least it wasn't actually raining...or even cold for that matter. But beautiful Sun light?  Forget about it.  Thankfully I was only shooting these Five white Bertoia side chairs, so the lack of brilliant color wasn't so much an issue. Five?  Yup, the curse lives on.

Just as an aside, I want you loyal readers to know that I haven't accepted any payment, gift or

discounts for ever featuring any of the shops that you've seen on here, like An Orange Moon that you

might have checked out a couple days ago. That said, I do like to think I get a little something back

via Karma and the general happiness that I give both the shop keep and you (awwww, I know...it's a

very special episode), AND I wouldn't mind if someone out there wanted to commission a video of

their shop or home or whatever! 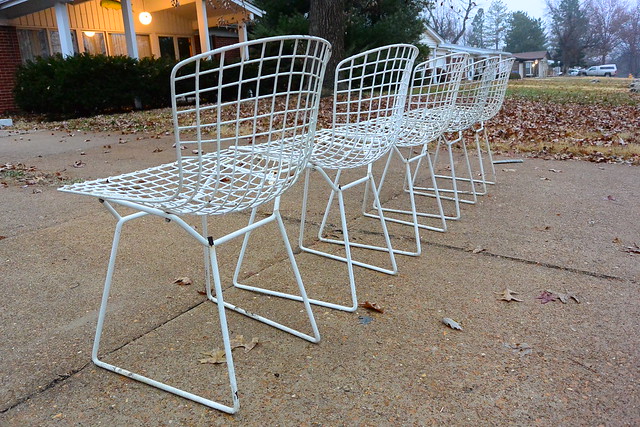 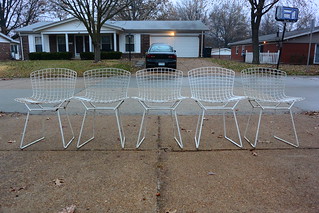 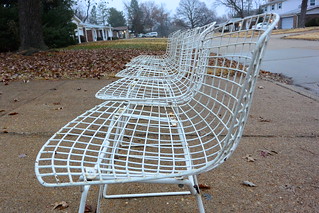 bargain price, while in Chicago (Yes, CHICAGO!) over Thanksgiving weekend, was Mr. M getting

what he deserved.  Now sure, they are a little rough around the edges, but it's all cosmetic.  There isn't

a single broken weld in the set and they are as sturdy as the early Bertoias get.  Which brings me to

my next topic: Bertoia Chairs and the variations in construction by year of manufacture.  Don't ya just

wish there WAS such a resource?!  I used to be under the impression that if the wires pointing

forward were welded to the TOP of the perimeter, that the chair was a knockoff.  Seems not so.  I did

variations in the design over the years. 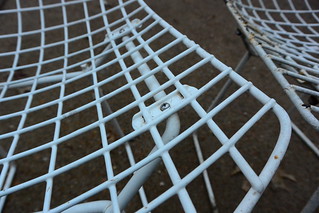 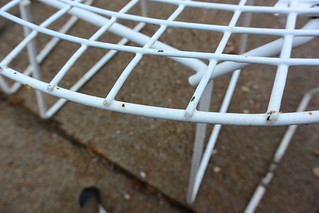 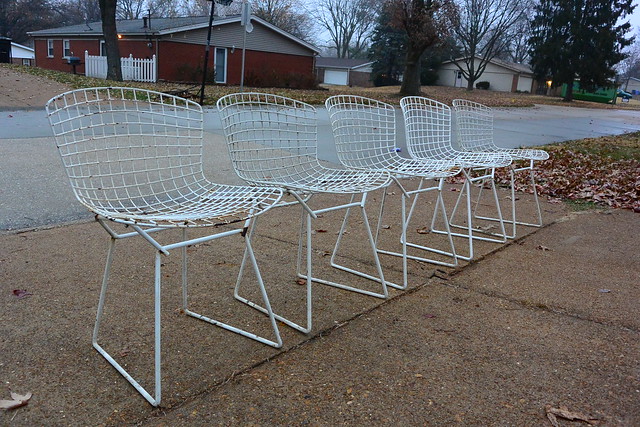 Herman Miller cried "foul" (because of a similar design found on the Eames wire frame chairs?) and

the design was changed to the familiar single wire construction we all know and love today. Now, I

as bad copies. Kinda kicking myself now. Always learning, aren't we. But now, what to do with

these? I'm thinking about having them powder coated if I can do so for a reasonable price. I've been

waiting for! Otherwise, they's just gettin' flipped as is. Anybody interested either way?
Posted by Mr. Modtomic at 3:18 AM