Yee-Haw! It's Spring! Patio and Bar-B-Que Season Is Upon us. Yesterday I Picked Up ANOTHER Set Of Woodard Steel Mesh Organic Form Patio Chairs, But They Need Some Love. Status: Available. 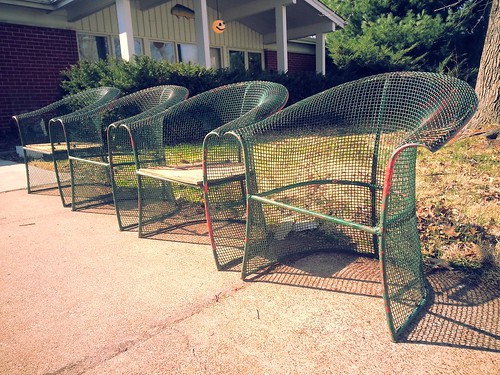 Rusty gold?  Like the American Pickers say?  Maybe not.  More like chippy paint silver.  But they're in great structural condition...just needing seats and cushions.  These appear to be an older version of the set that I featured here before. 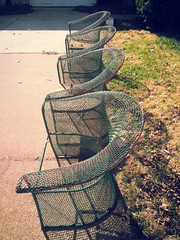 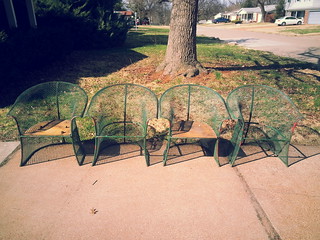 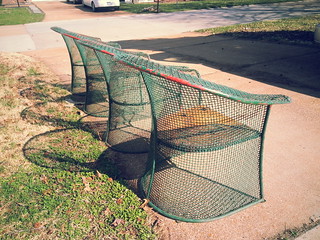 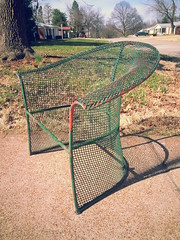 You may recall the other set like this that I featured back in July of last year.  It was in much nicer

condition and a slightly different design, so I figure there are an earlier vintage.  The tubing used to 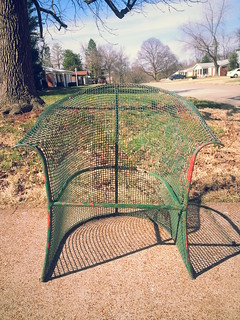 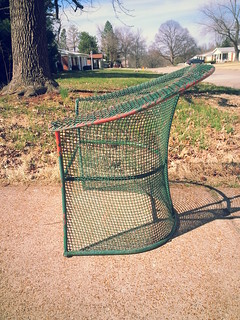 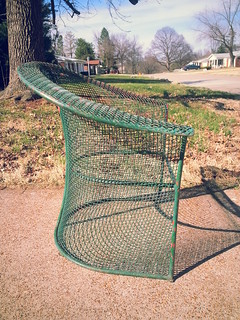 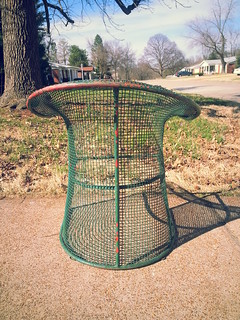 Looks like these were originally red, but somebody couldn't take it and slathered them in the

ubiquitous patio chair green.  Wouldn't they look amazing in red again?  Maybe somebody out there

will have the time and inclination return them to their former glory.  Won't be me.  I'll be offering

them up pretty much as is.
Posted by Mr. Modtomic at 2:37 PM