So We Cleaned Up The House For A Party Last Weekend And I "Found" About A Half Dozen Smalls That I'd Forgotten All About! It Was Like A Little Reward For All The Hard Work Of Cleaning Up This Joint. Here's Some Pics Of The Dansk, Frankoma, And Thorpe Bits That Were Hiding Amoung The Detritus. Status: (Soon To Be) Available. 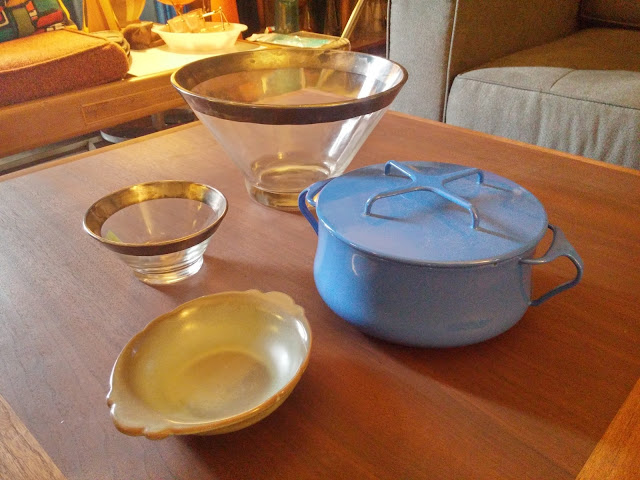 We aren't very good at keeping the house picked up and sometimes we bring things in after a hunting / gathering trip and just drop the bags of goodies on the nearest open flat area.  Not very grown up, but at least it provides for a nice surprise later on! 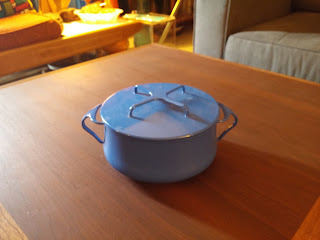 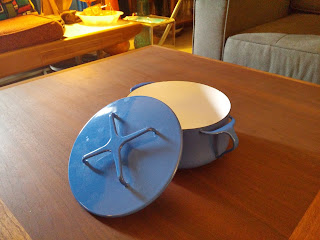 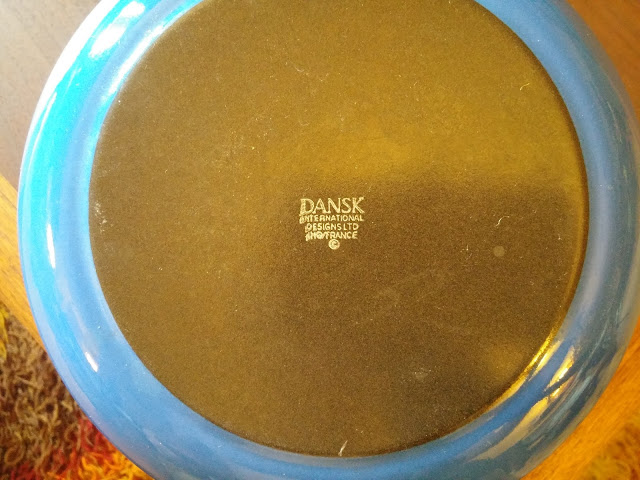 Dang...sk!  Maybe I should have been keeping these instead of putting them in my booth.  I'd have a nice little collection of them by now...at least 5 or 6 pieces I think.  I'm pretty sure that I'd have at least 3 of these blue medium lidded pots.  I love them but I never seem to have more than two on hand at a time and it just doesn't seem like a good idea to start ANOTHER collection when I do. 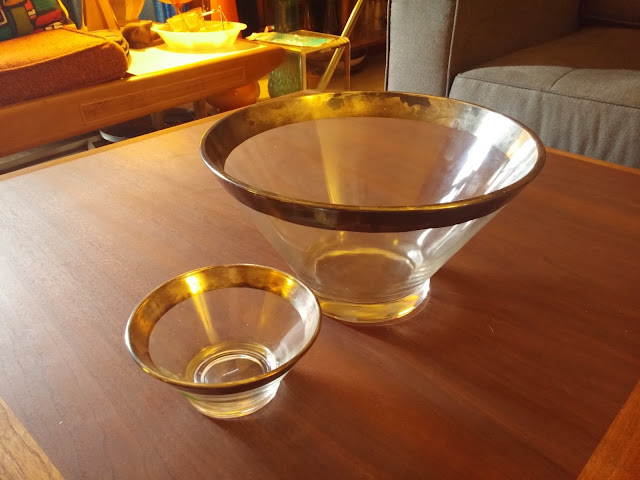 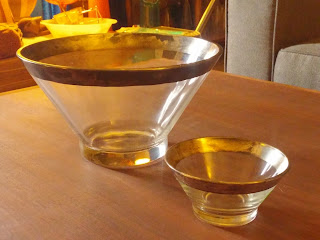 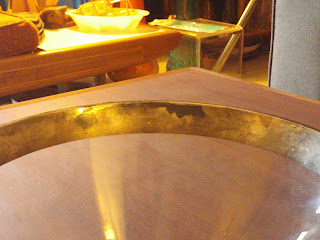 These Dorothy Thorpe chip and dip sets have been a common find for me as well.  This set needs a little clean up around the rim, but I've got the Barkeepers Friend that I wanna try on the silver plate anyway.  These area great for parties.  We use our chip and dip sets at every party and you gotta have more than one since you'll likely be serving something like salsa and corn chips in one set, and tater chips and sour cream and onion dip in another. 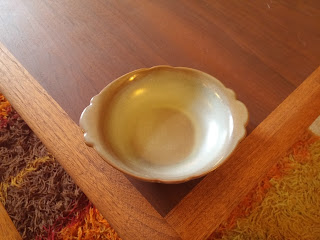 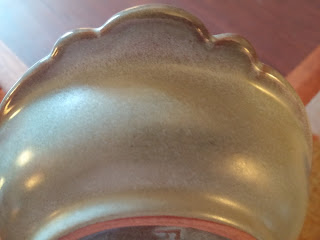 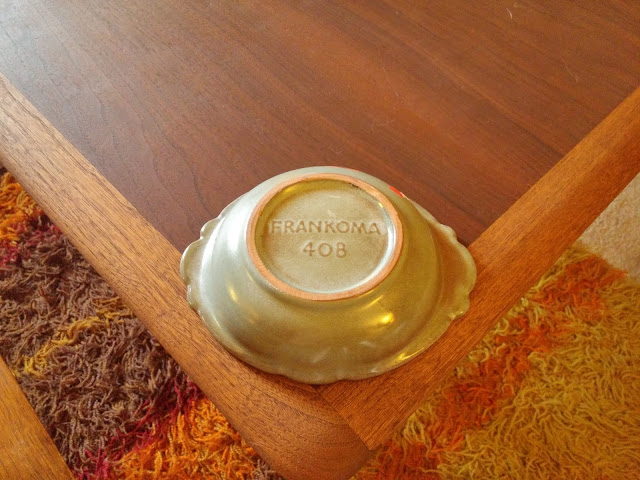 I couldn't pass up this Frankoma small bowl when I spotted it at the thrift store...even though I don't really know what it's supposed to be for.  I guess it might be a berry bowl, but I suspect it would more likely be used to display fancy soaps in a bathroom today.  Around here it'll just collect pocket change so it's gonna get a tag and make it's way, along with the rest of this stuff, to one of my antique mall booths.  Which one, I don't know.  Probably the new one (The Time Machine) out in St. Peters.  It seems to be picking up in sales.
Posted by Mr. Modtomic at 11:30 PM