EVERYTHING Has Been A Little Dry Lately. Craigslist, Thriftstores...Even The Goings On At The Antique Malls, But Finally A Little Life Giving Rain Falls At The Flea Market! Salterini, Salem Biscayne And A Danish Modern Valet. Status: Available (Salterini Already Gone!). 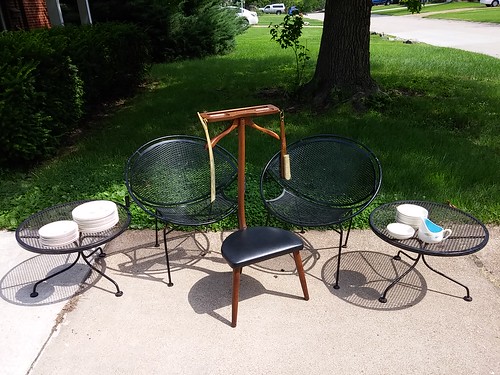 It's been ages seems like since I've had such a nice haul from any of the local flea markets.  Belleville has shone me no love, the new St. Louis Swap Meet hasn't quite found it's footing (but is still quite enjoyable!) and I think we've just been getting to Wentzville to late.  But finally, Booty!!! 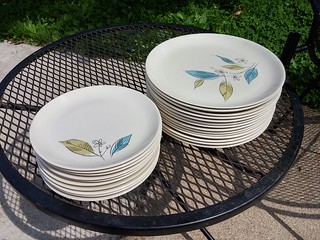 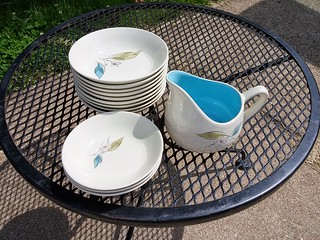 Like I need more dishes.  I just couldn't leave 'em behind.  These Salem Biscayne dishes were the last

thing I bought at the Sunday flea.  Oddly they were one the first things I spotted.  They were one of

those things that I thought, "if they're still there when I come back around".  Well, they were.  It's a

great set with lots of plates and even a good amount of berry bowls, which are kind of hard to find.

The gravy pitcher is just a bonus.  I know that dinnerware doesn't move that easily at the antique

malls, but I got this so cheap that I'll be able to let it go for a bargain.  People love bargains! 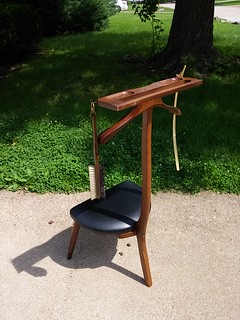 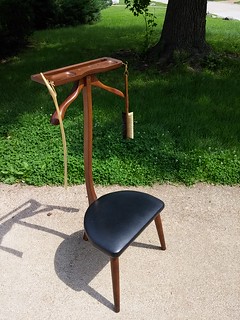 This was the first thing I spotted!  I don't usually go crazy for a valet, but this one looked kinda

special.  It's not any fancy designer name piece, but it's so much more interesting than your average

valet.  It even came with what the seller said is the original brush and shoe horn.  Who knows, but

this is something that not only would look amazing in any vintage modern setting, but is actually 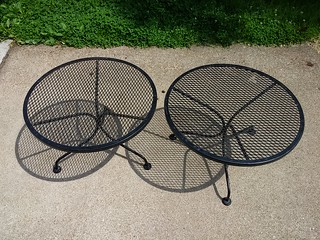 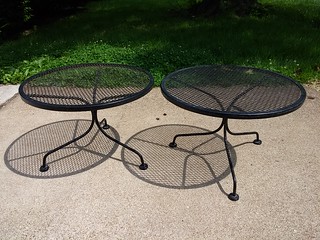 It's Summertime and you know you'll be out there on your patio drinking lemon aid...or more likely a

cold frosty Budweiser.  You're gonna need some place to rest that cool refreshing drink and since

these cool looking low side tables have expanded mesh tops, you won't have to worry about the

condensation dripping down the side of your brew making a puddle!  Now, I've never seen patio

fantastic set of chairs below! 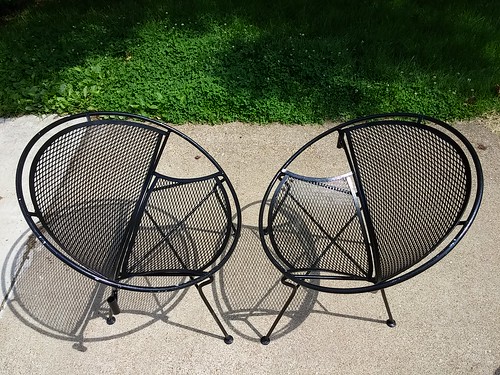 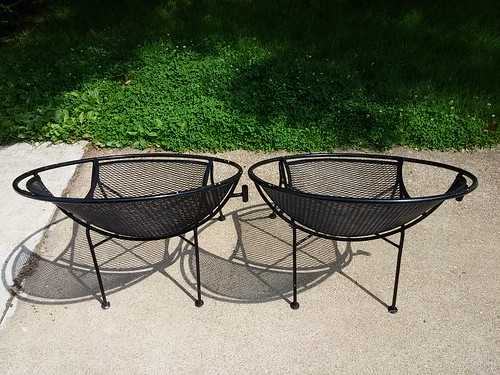 Yeah, this pair of Maurizio Tempestini is the star of the show.  These are by the patio furniture

company Salterini which produced many styles of vintage and vintage modern outdoor pieces.  This

pair of outdoor lounge chairs each have a fitting to which a small table could be attached.  The tables

were not available and I doubt that any will be readily available...but you could slip an umbrella in

there for some impromptu shade should it be necessary!  I've already dropped these (and the above

tables) off at The Shag, should you be interested...but act quick, seems like that much needed rain is

falling everywhere again!
Posted by Mr. Modtomic at 1:54 AM