What A Pleasant Weekend (For The Most Part...There Was Some Rain) For The Flea Markets! We Managed To Hit TWO Last Sunday. There Is A New One In Town: The St. Louis Swap Meet. Status: Meh...So Far. 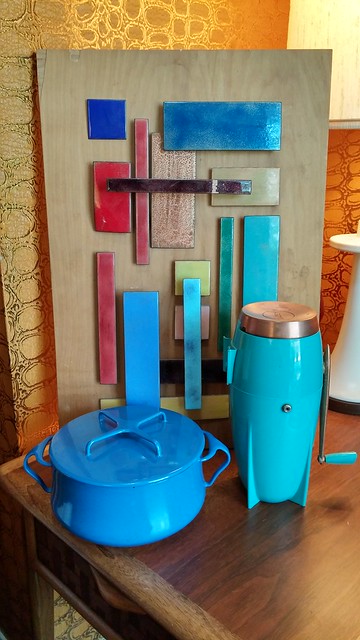 It's not much loot, but (sadly) it's better than what I found up North at the Olmsted County Gold Rush Antique Market And Flea!  But this all came from 2 fleas here at home.  The Wentzville and the new St. Louis Swap Meet. 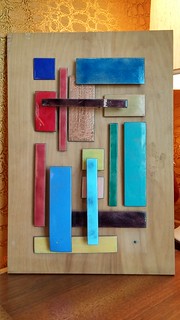 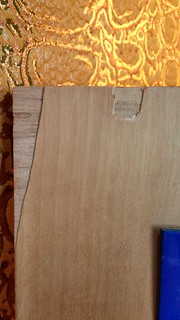 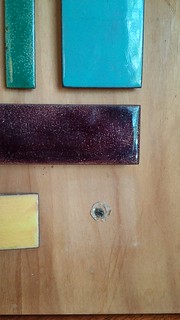 It's not perfect, but it was super cheap.  This enameled copper on wood art is missing a piece and a

little veneer, but it's still pretty cool!  If someone wanted to, they could pull off all those bits and

pieces and mount them on a new piece of wood.  It's a shame that single piece is missing, right? 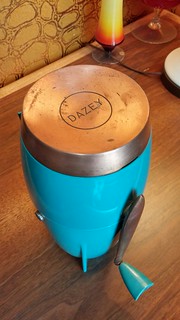 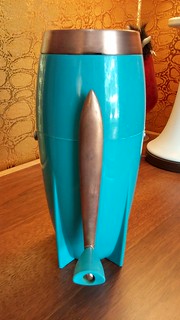 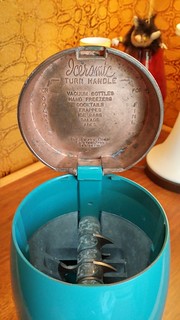 and were both from the same vendor.  It had rained Sunday morning and the vendors were scarce.

Probably only about 25% of them showed compared to a normal Sunday.  It took us 40 minutes to get

there and 40 minutes back but we were in and done with the flea within 25! 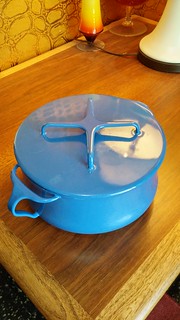 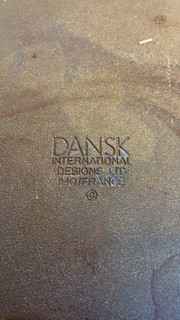 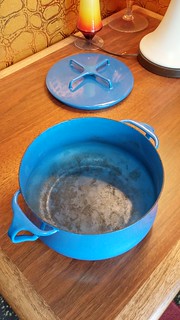 This Dansk lidded pot was the only item I found at the St. Louis Swap Meet.  This was their first day

of the new endeavor.  I had hoped that with all the talk (on Twitter at least) that there would be more

old stuff available, but alas...even with sold out vendor space, there was just way too much NOT old 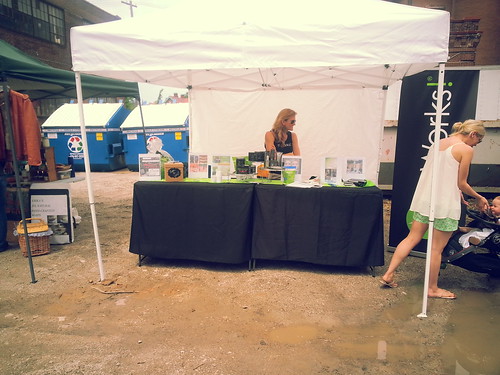 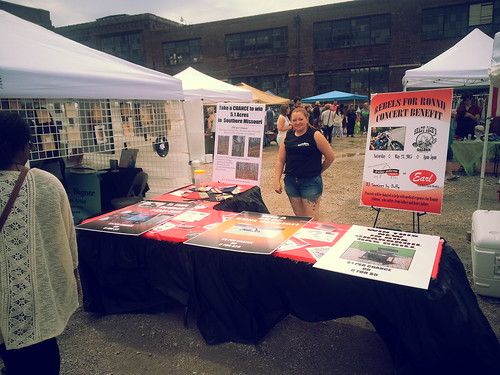 Yup, there was WAY too much of THIS kinda vending at The St. Louis Swap Meet.  Obviously not

what I was hoping for.  But, there was a HUGE turnout...so these folks do know how to market! 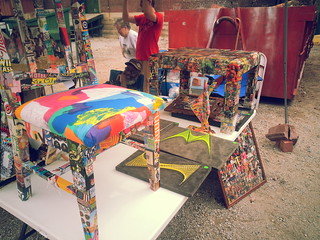 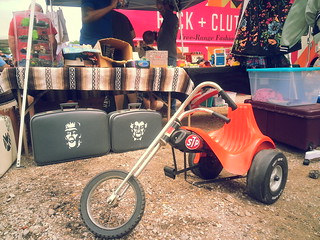 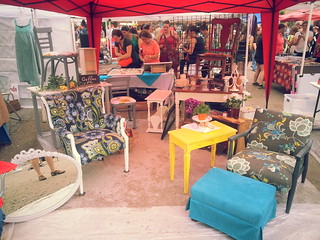 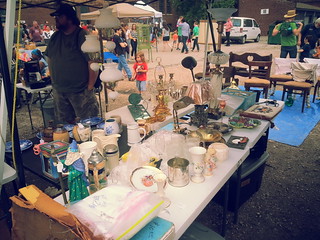 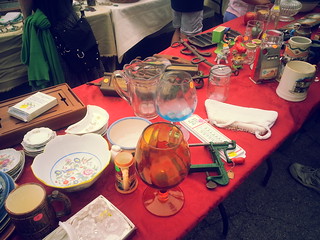 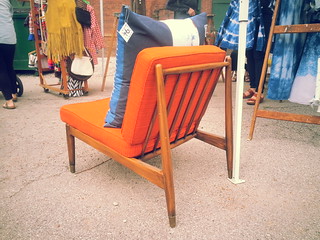 ...And it wasn't totally lame.  There were a handful of vintage sellers here and there were a good

number of craft vendors as well.  The pair of food trucks that were on hand were a welcome sight and

seeing more of those in the future would rock.  Speaking of "rock", the Swap Meet even had a local band

playing some tunes near the food trucks for a little entertainment while ya nosh!  Nice idea!  It was a

good day for bargain hunting and hopefully the curation of the vendors will improve.  I was

considering setting up there myself, but decided to wait and see what kind of sellers I'd be setting up

next to.  I'm glad I did, but I'm still hopeful that this might grow into something quite cool like

The Brooklyn Flea.  We'll have to wait and see.
Posted by Mr. Modtomic at 1:23 AM