Wow! New Upholstery And Cleaned Up Frames...What A Difference! These Shelby Williams Gazelle Chairs Were In...Well, Let's Say Distressed Condition When I Brought Them Home. Thanks To Jeff's Mad Skills, They Look Fantastic Now! Status: Available! 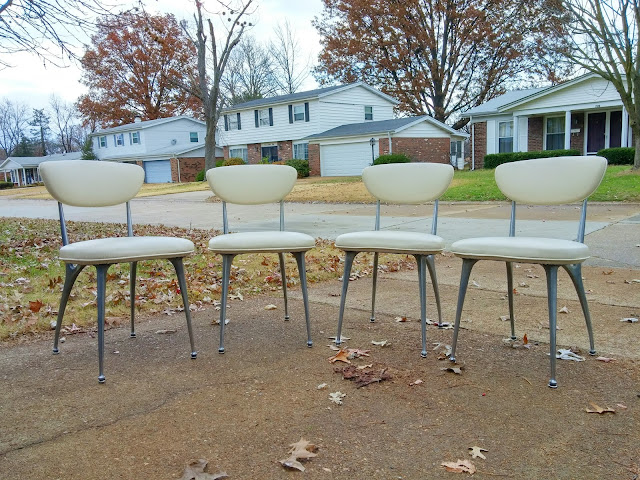 Right, there was 11 before...but these chairs didn't upholster themselves.  I traded Jeff (our awesome upholstery guy) 7 of the chairs for his efforts in sprucing up 4 for me.  Everybody Happy!!! 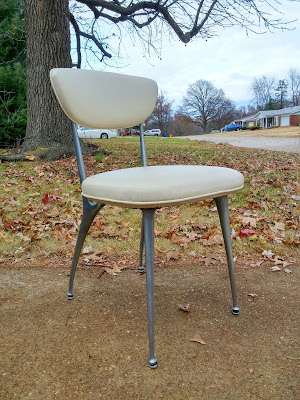 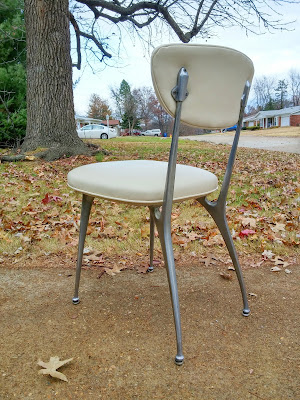 Well, it's Fall.  Maybe Fall Plus?  All the pretty leaves have fallen and the trees are barren.  The beautiful October / November we had has been replaced with more common weather with rain and clouds.  But still...it's not looking like it's gonna be a very cold winter.  Just after taking these photos I got the lawn mower out and ran over all those leaves in the yard...then it rained on me when I was about 75% done...and it rained hard, but only for about 5 minutes.  Payback for the nice Fall. 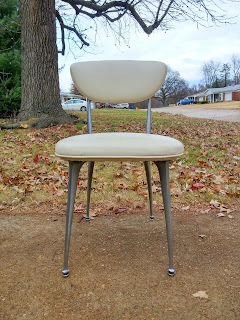 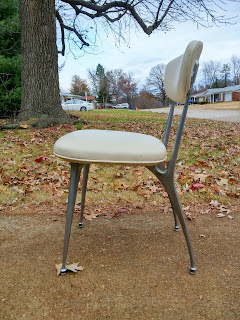 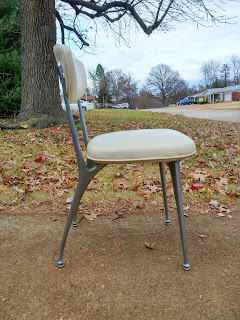 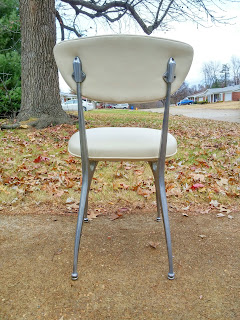 But I needed to finally get these out of the back of Frank and get some pics of them.  Just got them out of the driveway before the short downpour.  I can't praise Jeff's work enough.  He doesn't half-@ss his work, even if he's not technically getting paid.  And damn, he did this in just a couple of days!  I was thinking I'd see them again in a few weeks, but no...he got right to work on them. 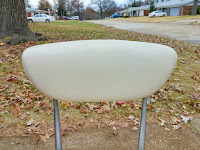 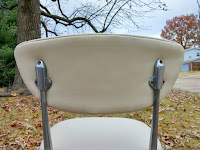 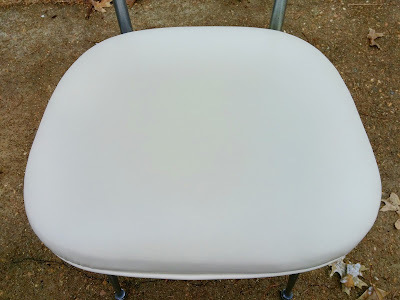 So I had Jeff upholster these four Gazelle chairs in bone white vinyl.  I like the white color (or lack there-of?) but I wanted them to be easy to keep looking slick.  They're dining chairs so they will get messy.  The vinyl doesn't feel cheap though.  These chairs are now Very Nice!  They'd look smashing set around a Tulip table of some sort.  Wish I had a nice one to offer with them, but not so much.  They are available though, if you've already got a rad table to go with them!
Posted by Mr. Modtomic at 1:37 AM

Email ThisBlogThis!Share to TwitterShare to FacebookShare to Pinterest
Labels: Before and After, Chairs, Mod, Project, retro, Swift, Vintage